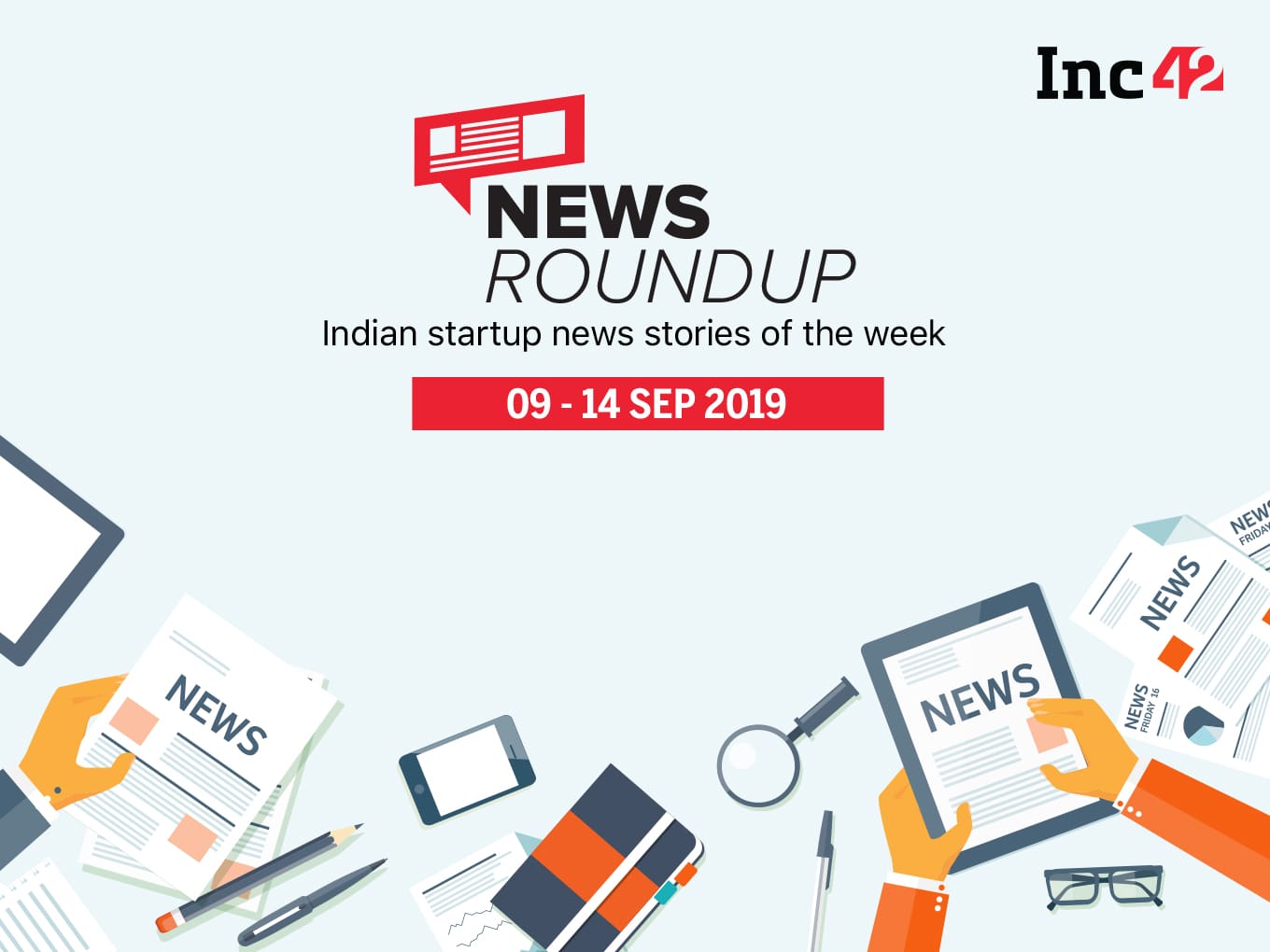 In one of the important developments in the Indian startup ecosystem, an expert committee formed by the RBI to study the condition of MSME sector in India has said that the major reason for startups’ migration to foreign countries is their better business enabling environment, which includes tax concessions, ease of doing business and well-established infrastructure.

Further talks are underway that the India government may reportedly make it mandatory for internet majors such as Facebook, Uber and Amazon to put the non-personal data of their users on sale for anyone including government and private bodies.

Also, a group of about 50 fintech companies have reached out to the Ministry of Electronics and Information Technology (MeitY) seeking easy access to personal data which helps them in extending loans to consumers. The concerns arise as part of the Personal Data Protection (PDP) Bill, which is currently under the second round of consultations.

Here’s a look at the other important news stories from the Indian startup ecosystem.

Ola-Uber: The Highs And The Lows

Minister Nirmala Sitharaman recently blamed millennials’ preferences for Uber and Ola cabs as a cause for the double-digit fall of auto sales in India. The Central government is likely to introduce a cap on pricing during peak hours. Maruti Suzuki has also suffered job losses due to the slowdown. The company laid off over 3K employees recently. However, contrary to Sitharaman believes, Maruti do not blame Ola-Uber for the auto slowdown.

Meanwhile, Ola has started the pilot of its self-drive bookings in Bengaluru, while Uber has recently fixed a hacking bug found by Indian cybersecurity researcher Anand Prakash and paid him a bounty of $6,500. The bug allowed hackers to log into anyone’s Uber account.

Zomato is the most talked-about company this week in the Indian startup ecosystem. Foodtech unicorn Zomato decided not to get bogged down by the protests and controversies and be back with a bang. CEO and cofounder Deepinder Goyal claimed that the company is on the verge of cracking its maiden profit.

At first, it laid off 540 employees (around 10% of the workforce) from it’s Gurugram head office to reduce redundancy across customer, merchant and delivery partner support teams. Also, just before its NRAI meeting to discuss the grievances of restaurants listed on Zomato and similar platforms, the company has taken down Infinity Dining service from its app. The restaurants listed on the food aggregator had called out Zomato Gold and Infinity Dining services, which provided heavy discounts, for eating into their profits.

The tax benefit can be claimed by consumers and merchants after sharing their PAN and GSTIN details, respectively. NPCI had also decided to store these PAN details, shared with consent, in an encrypted format. The proposal was discussed at the last NPCI’s steering meeting held in August.

What Indian Govt Organisations Are Up To?

The Reserve Bank of India (RBI) is reportedly looking to offer new licenses to set up small finance banks. The decision would also allow payments banks to apply for licenses. The conversion to small finance banks may improve the fiscal challenges for the payment banks. The sector has seen a collective loss of INR 516.5 Cr in July 2017-18, according to the RBI’s Trend And Progress of Banking in India 2017-2018 report. The losses had doubled from 2016-2017’s INR 242.2 Cr.

In another development, Telecommunication service provider MTNL has reached out to the government with INR 800 Cr worth of claims after incurring losses for quite some time, just like its counterpart BSNL. MTNL has been demanding clearance of Department of Telecommunications’ (DOT) outstanding dues, which includes INR 400 Cr reimbursement of bonds that the company had raised on behalf of the government a few years ago. DOT has confirmed the news.

IPO Talks In The Startup Ecosystem

The app economy in India has created 1.67 Mn jobs in the country, according to US-based policy think-tank Progressive Policy Institute (PPI), which has released a report entitled ‘The App Economy in India’. The report forecasts that India will overtake the US as the world’s largest developer population centre by 2024.

A report by jobs portal Shine.com noted that machine learning, artificial intelligence, blockchain, augmented/virtual reality and natural language processing are already creating millions of jobs in India. However, since these domains need people with a specific set of skills that Indian graduates lack, there is a dire need for graduates and professionals to upskill themselves by unlocking the potential of online learning platforms.

The Indian Institute of Management Udaipur (IIM-U) has launched a full-time one year masters in business administration (MBA) programme in Digital Enterprise Management (DEM). The MBA programme, a first of its kind,  looks to train managers and leaders to work in the fast-changing and emerging digital business enterprises where conventional management concepts and leadership styles no longer apply.

Disney Turns On The Heat In OTT Market

Another data breach has hit Facebook in India. Period calendering app Maya has been accused of sharing women’s menstrual, emotional and sexual health data with the tech giant. The app, which was acquired by Sheroes earlier this year, was founded in 2012 and has a presence in over 20 countries.

In another development, addressing the Supreme Court, the Tamil Nadu government reportedly said that Facebook’s concerns on user privacy go against its own “primary business model” of commercialising user data through targetted ads. The state government was replying to the petition filed by social media giant Facebook seeking transfer of cases to the apex court. T

Bengaluru-based vehicle sharing marketplace Drivezy has announced a strategic partnership with Gurugram-based hospitality unicorn OYO Hotels and Homes. As part of this, Drivezy looks to leverage OYO’s network of over 10,000 leased and franchised buildings across 300 cities and create on-site hubs to station its bikes and cars.

Xiaomi launched Mi Pay in February this year, with the aim to encash the UPI growth through its growing phone sales. The company claims to mediate transactions worth INR 200 Cr. It claims that 90% Mi user interface (MIUI) users have used it to transfer funds to friends and family.

Stay tuned for the next edition of News Roundup: Important news stories of the week!