Drivezy is looking to leverage 10K properties of OYO

OYO wants to enable easy vehicle access to its customers 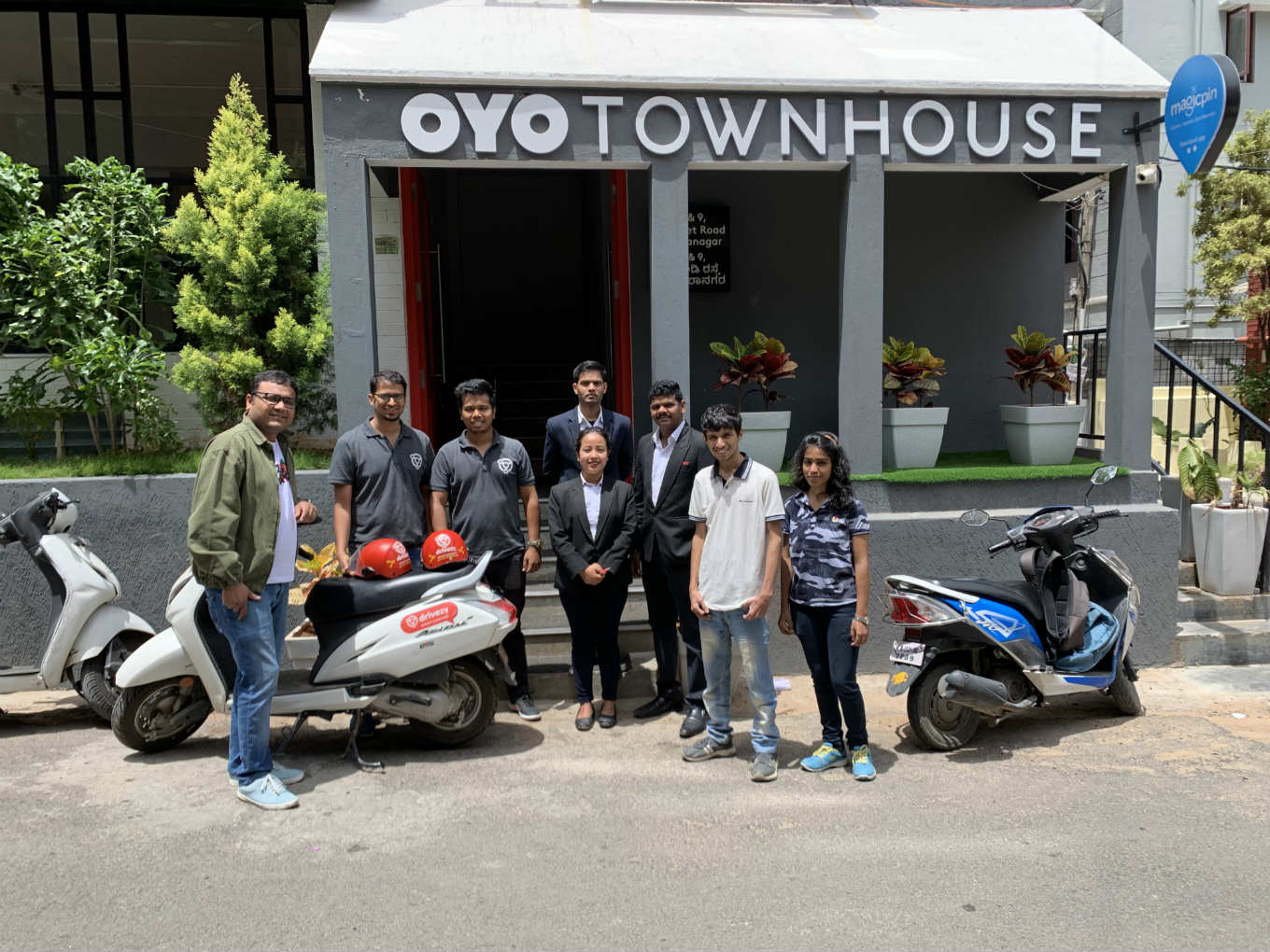 Bengaluru-based vehicle sharing marketplace Drivezy has announced a strategic partnership with Gurugram-based hospitality unicorn OYO Hotels and Homes. As part of this, Drivezy looks to leverage OYO’s network of over 10,000 leased and franchised buildings across 300 cities and create on-site hubs to station its bikes and cars.

The hubs will offer OYO’s guests as well as other customers easy access to Drivezy’s vehicles. The company said it has already stationed 1,200 bikes at OYO hotels in the cities of Bengaluru and Hyderabad. It is now looking to increase this to 100K bikes and cars over the next three years.

Drivezy And OYO: The Synergies

Founded in 2015 by Ashwarya Pratap Singh, Hemant Kumar Sah, Vasant Verma, Abhishek Mahajan, and Amit Sahu, Drivezy (formerly JustRide) is a peer-to-peer bike and car sharing service. It claims to have 4000 cars and 14000 bikes listed on its platform. The company aims to expand to 21 cities including Chennai, Kolkata, Jaipur, Indore, Nasik and Chandigarh over the next few months.

Amit Sahu, cofounder of Drivezy said, “Establishing on-site hubs with OYO will allow us to further increase our penetration in the growing tourism sector which is mostly dependent on cabs and chauffeur- driven car rentals.”

To use Drivezy facilities, OYO guests need to sign up on the Drivezy platform and type the pin code and he/she will get the first preference to hire the vehicle and as the vehicles are parked in the property itself.

Since its launch six years ago, OYO has moved from a hotel aggregator to a franchisee model. The company has expanded its services to more than 800 cities in 80 countries.The company has raised $1.7 Bn of funding from investors such as Airbnb, SoftBank Vision Fund, Greenoak Capital, Sequoia Capital, and Hero Enterprise.

Gaurav Ajmera, chief operating officer, India and South Asia, OYO Hotels and Homes, said, “Our association with Drivezy will help us add a new dimension to our service offerings, ensuring that our guests have a perfect stay with their own independent hired vehicle without having to worry about booking cabs or drivers.”

The car rental space is growing in India at a fast pace and one of the biggest factors has been the changing consumer behaviour when it comes to mobility and vehicle ownership. On a year-on-year basis, the overall passenger vehicle sales declined by 17% to 2,45,599 units in April 2019 compared to 2,96,369 units in April 2018, according to a report by the Society of Indian Automobile Manufacturers (SIAM).

Plus there’s uncertainty in the automotive market with the emergence of electric vehicles. Given this situation, it’s not surprising that the car rental market is growing faster than ever before.

According to a report by Ken Research, the Indian car rental market is projected to touch $12.5 Bn by 2019, growing at a CAGR of 35%. This could be attributed to reasons such as a spike in long-distant road-trips, new technology for car rental players, increasing fleet sizes, deeper geographical penetration and entry of new players.

Drivezy competes with taxi aggregators and ridesharing startups such as Ola, Uber, QuickRide, Bounce, ZoomCar, among others. According to a Statista report, revenue in the ride-sharing segment amounts to $371 Mn in 2018 and is expected to show an annual growth rate of 19.6%, resulting in a market of $761 Mn by 2022.