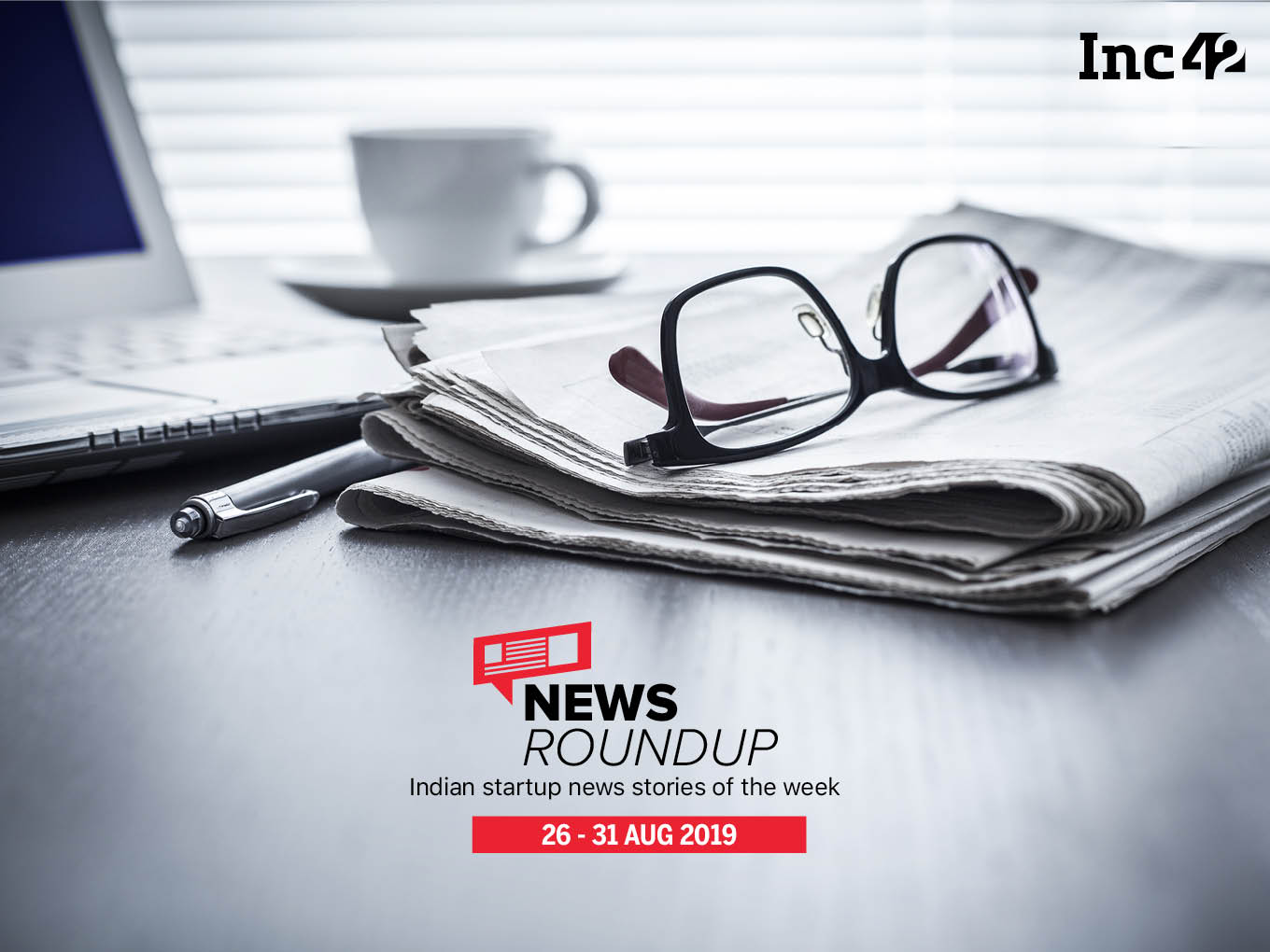 In one of the most important development in the Indian startup ecosystem this week, the Indian government announced to unveil an official cybersecurity strategy policy in January next year. This step will help the government achieve its goal of making India a $5 Tn economy.

In another important development, Pune-based software consulting firm Alphalogic Techsys is going to list itself on the Bombay Stock Exchange’s (BSE) Startup platform on September 5. Ahead of this, the company, on August 26, opened initial bids and since then has been witnessing a tremendous response leading to oversubscription on the second day. The company’s initial public offering (IPO) was for the bidding of 7,36,000 shares, however, on August 27, the company was oversubscribed to 7,60,000 shares. Alphalogic Techsys was looking to raise INR 6.18 Cr from its listing.

Let’s have a look at the other important developments of the week.

Ecommerce Guidelines To Be Mandatory, FDI Norms Update And More

The city’s district collector and Smart City chairman, Tarun Pithode on Wednesday said that around 400 smart poles will be installed to provide seamless Internet access via Wi-Fi hotspots by the end of this year. Moreover, several charging stations for electric vehicles and weather sensors are being set up there.

The new ecommerce platform would link producers, traders, small merchants, brands and consumers with an O2O or hybrid sales model. The company plans to launch the ecommerce platform in two phases. First, a soft launch around Diwali, which would be followed by a full launch by December-January.

Also, Reliance announced the launch of OTT platform by Jio, called ‘Jio First Day First Show’. The platform will allow users to watch movies on the same day it is released. The launch date for this platform is said to be in mid-2020

In an inter-ministerial meeting held earlier this month, MeitY officials raised concerns over the many “overlaps” between NITI Aayog’s INR 7,000 Cr AI roadmap and its own work in the area. MeitY has asked the finance ministry to intervene and resolve some of the issues

The Enforcement Directorate (ED) has started questioning Indian investors about downstream investments made by foreign companies where they hold an equity stake. The ED has reportedly sought details of investments in foreign companies, many of which are located in tax havens.

The Central Board of Direct Taxes (CBDT) formalised the creation of a five-member special cell to help startups with income tax-related issues. The order, accessed by PTI, said that the CBDT has constituted a startup cell, which will be headed by the member (Income Tax and Computerisation) of the board.

Zomato, Swiggy And Others Continues To Be In Trouble

The National Restaurant Association of India (NRAI) refuses to stop its protests against food service aggregators (FSAs) such as Zomato, Swiggy, and others. Among the chief concerns of the NRAI are issues such as deep discounting, lack of a standard commission rate or contract and the lack of transparency in sharing customer data with restaurants.

As a result, the companies have reached an ‘in-principle agreement’ to resolve issues. Another meeting will be organised in the second week of September to discuss the resolution steps further and reach a concrete agreement.

The 24X7 safety helpline would be paired with the in-app SOS button already available in the safety toolkit. It will allow riders to connect to law enforcement authorities in case of an emergency. Uber said that the new safety line will provide riders with the option to get in touch with Uber’s safety team in case of an urgent issue during a trip, such as reporting a co-passenger’s misbehaviour, a dispute with a driver or a break-down.

The company plans to start with 20K built-in beds on its existing land portfolio and aims to reach 100K owned and operated beds in the next five years. The co-living brand focuses on growing migrant millennial workforce and students.

The government has allowed IRCTC to bring back the service charge on online ticket booking and the same will be levied from September 1. The service taxes were removed in 2016 to boost digital transaction, after the demonetisation of old INR 500 and INR 1K currency.

Apart from being environment-friendly and cruelty-free, lab-grown meat such as the ones produced at the IIT is also totally customisable since they are ‘bred’ using tissue culture. Alternatives to a conventional animal-based protein have become all the rage around the world with the likes of Impossible Foods and Beyond Meat. This particular variety was developed in the biomaterial and tissue engineering laboratory at the institute.