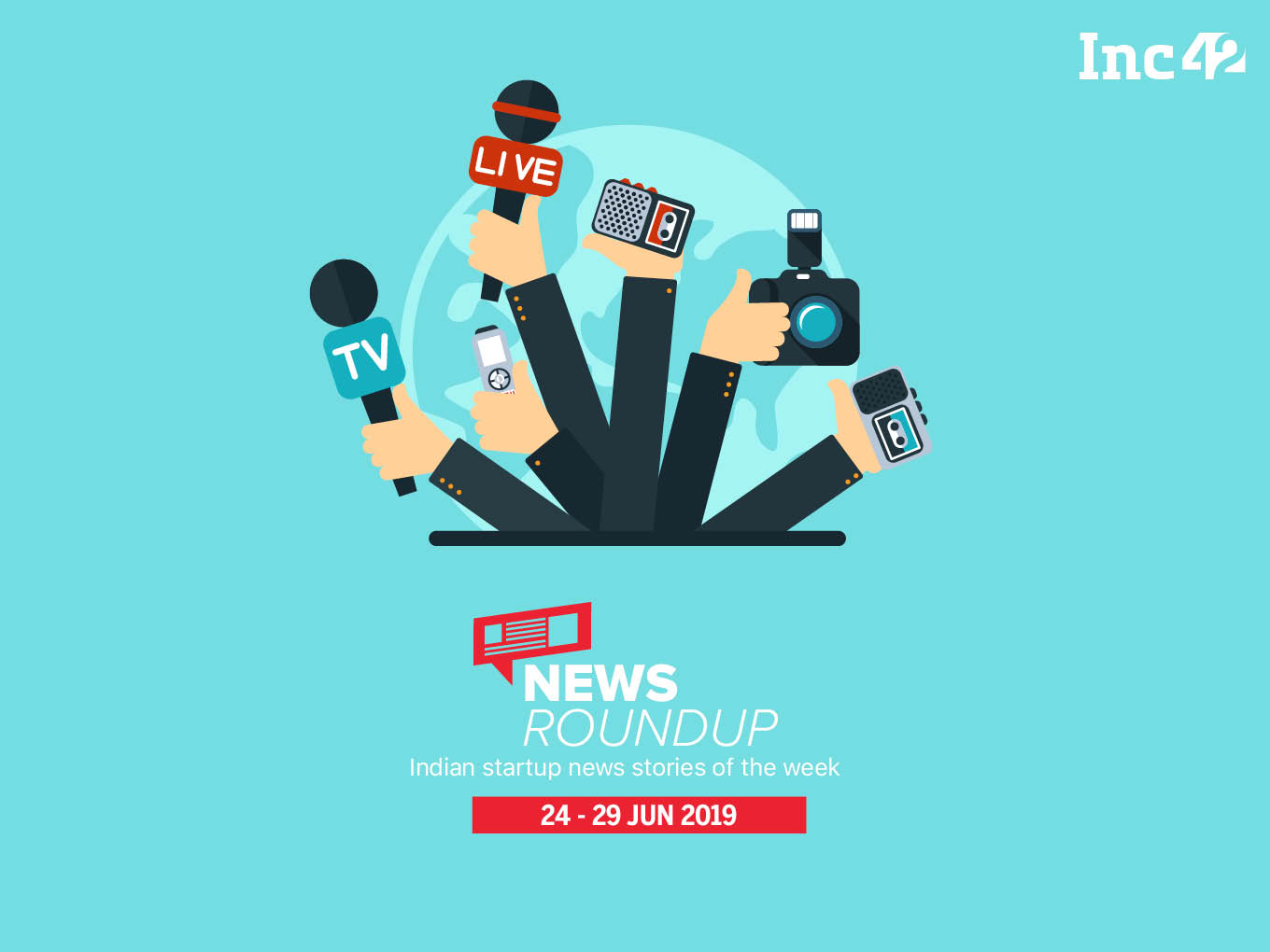 This week market regulator Securities Exchange Board of India (SEBI) allowed tech companies to issue differential voting rights shares. SEBI said that amendments to the relevant regulations will put the new rules into effect to the framework. The new framework will be effective from July 1, making the process easier for the promoters of such companies go in for initial public offers.

SEBI chairman Ajay Tyagi told reporters that under the new framework a tech company with superior voting rights shares (SR shares) can do an initial public offering of only ordinary shares to be listed on the main board.

Further, the government is mulling setting up national data governance centres which will hold all public data, and establish guidelines for the management, sharing and monetisation of information.The centre will be set up under the Ministry of IT and Electronics (MeitY).

The public data here pertains to freely available information that is collated by various agencies or companies as part of its operations and which can be traded without restrictions or be used for public utility purposes.

Further, Minister of Commerce and Industry Piyush Goyal told parliament that till June 21, Central Board of Direct Taxes has exempted 702 startups from angel tax under Section 56 (2) (vii) of the Income Tax Act, 1961.

Also, an inter-ministerial board will be set up for reviewing startups’ applications for tax exemption under section 80-IAC of the Income Tax Act. The board has been reconstituted, and it will be working under revised norms for granting such exemptions.

On another hand, Small Industries Development Bank of India (SIDBI) has sanctioned INR 2,265.70 Cr to venture capital funds for financial year 2019 under the Fund of Funds scheme of Startup India. These 40 funds have invested in 218 startups through the fund of funds investment. The disbursal target for Startup India Fund of Funds was INR 3,500 Cr to venture capital firms for FY19.

Further,  DPIIT secretary Ramesh Abhishek said that they will release that draft of the national retail policy in the next ten days. The National Retail Policy will streamline the retail trade in India and is poised to provide ease of doing business. He said that retail trade in India is about $650 Bn and life line of economy therefore a national retail policy is all the more necessary for smooth business activities in the Country.

The week was full of government’s plans, IndiaMART’s IPO bids and much more. Here’s a look at the important Indian startup news stories of the week.

Noida-based B2B online marketplace IndiaMART opened its initial public offering (IPO) with bids to raise up to $68.35 Mn (INR 476 Cr) on Monday (June 24). The offer for sale was floated for 4.89 Mn shares at a price band of INR 970-INR 973 per share. On Wednesday (June 26), the closed the bids for its IPO, getting oversubscribed by 36 times.

In February, the Indian government had amended the ecommerce rules for foreign direct investment which prohibited ecommerce marketplaces from holding over 25% share in their sellers to target deep discounting.

However, the companies had been finding loopholes to continue deep discounting practices. As a result, in a meeting, Minister of Commerce and Industry has warned the companies and asked to comply with the rules, in letter and in spirit. However, the government was prepared to listen to concerns about the new FDI rules.

The referred clause has mandated ecommerce marketplaces such as Amazon, Flipkart, and Snapdeal, to submit a certificate along with a report of statutory auditor of RBI by September 30 of each year. This clause was added to ensure that companies are complying with the new FDI ecommerce guidelines.

After more than a year of attempts to launch payments services in India, WhatsApp has told the Reserve Bank of India that it has finally set up its data storage facilities in India and is reportedly preparing for the full launch of its UPI payments app in association with ICICI Bank. The company said it was working closely with banks, NPCI, the government and other payment service providers to support India’s digitisation agenda.

Securities and Exchange Board of India (SEBI) had released its framework for regulatory innovation sandbox to create an ecosystem which promotes innovation in the securities market. Under the suggestions, NASSCOM has asked SEBI to allow virtual testing of fintech products as it believes that some startups may not have the scope to test their products offline.

SEBI had mandated “limited offline testing” by the applicants. But NASSCOM believes that there are situations when a test environment does not exist or is a barrier in terms of entry into the sandbox.

Walmart May Take Flipkart Public In US

Walmart-owned Flipkart will reportedly file for an initial public offering in the United States over the next two years. The company CEO Kalyan Krishnamurthy is said to have informally discussed the IPO timeline with Flipkart’s top executives. Krishnamurthy has called for Flipkart to tighten its compliance and achieve profitability by 2022 as it is preparing to go public soon.

Also, Flipkart cofounder Binny Bansal has reportedly sold 539,912 of his equity shares to a Luxembourg-based Walmart entity for $76.4 Mn. The recent deal has brought down his stake in Flipkart to 3.52% from the earlier 4.2% in November 2018. Notably, Binny Bansal’s contract with Walmart entitles him to sell more than half of this equity shares by August 2020. This could result in about $400 Mn in earnings for Binny.

Directorate General of Civil Aviation has certified drones from two Bengaluru-based startups, Skylark Drones and Throttle Aerospace Systems, after they complied with the NP-NT (no permission, no takeoff) protocol under the country’s new drone policy. The two firms got the certifications for their micro-drone models under the visual line of sight (VLOS) category, where the drones have to be within viewing distance of the operator.

Around half-a-dozen firms had applied for the certification, but only Skylark and Throttle have got it so far. This is the first time that any such certification had happened under India’s new drone policy called ‘Digital Sky’, which came into effect on December 1, 2018.

Furniture and self-drive automobile rental startups are now looking at introducing ratings systems along the lines of CIBIL score for credit worthiness, which helps financial service-enablers to rate their customers and offer finance accordingly. Startups such as Drivezy, Zoomcar, Wicked Ride, Furlenco and Rentomojo have started exploring rating for customers.

These companies are looking to launch a blockchain-based platform to rate customers. This platform is expected to be launched by the year-end. It is further said that this platform may be free initially, but will work as a service-based model after a gap of two-three years when it gets sufficient customer data.

MSME Day: Extension Of ‘PSBLoansIn59Minutes’ Service To Startups And More

Ola May Be A Bigger Threat To Uber In London

Bengaluru-based ride-hailing unicorn Ola has made inroads into Australia, New Zealand and the UK. The company has already earmarked $60 Mn for these expansions. Morgan Stanley analysts say that Ola’s scheduled expansion into London by the end of the year may threaten Uber’s dominance. The comparison has come at the time of the re-entry of Uber’s rival Bolt service. “We believe Ola is arguably a greater threat if media reports of Ola’s entry into London at the end of the year prove accurate,” the analysts said.

UAE Expansion Of Cure.Fit And UrbanClap

Walmart-owned ecommerce marketplace Flipkart has launched multi-brand eewards ecosystem ‘SuperCoins’, designed to provide benefits to millions of its customers. SuperCoins will work as a rewards ecosystem for not only shopping on Flipkart, but also across more than 100 partner brands including Zomato, OYO, UrbanClap, PhonePe and MakeMyTrip.

E-Passports May Be A Reality Soon

Minister of External Affairs, S Jaishankar, has announced future plans for next-gen chip-enabled e-passport at the seventh Passport Seva Divas. The Minister said that the government has initiated discussions with the national passport printing press, the India Security Press, to explore issuance of chip enabled e-passports to the citizens.