Volkswagen Partners With Zoomcar To Enter The Car Rental Space

Volkswagen Partners With Zoomcar To Enter The Car Rental Space

Volkswagen to provide its Polo cars for shared subscriptions on Zoomcar

The company claims to have sold 3.5K car subscriptions till March 2019 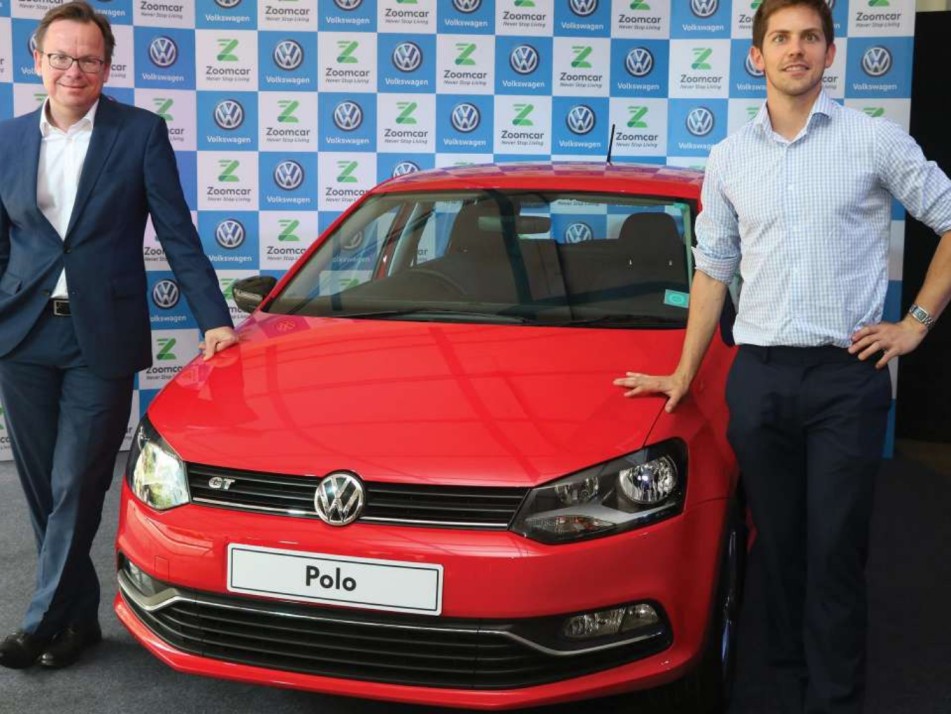 Among other benefits, Volkswagen will also provide Zoomcar with customised financial, maintenance and repair services (4EVER Care) that the automobile major claims will enhance the overall subscription experience for the users. The Volkswagen Polo will be available to Zoomcar subscribers against a fixed monthly subscription fee.

Commenting on the partnership, managing director of Volkswagen Passenger Cars, Steffen Knapp said, “We intend to transform the mobility sector by participating in various business models that drive growth. We are delighted to offer our best-selling carline Volkswagen Polo, through this partnership.”

Further, Volkswagen claimed to have plans for deepening its partnership with Zoomcar by onboarding other vehicles from its existing product portfolio to Zoomcar’s fleet in the future.

Bengaluru-based Zoomcar was founded in 2012 by Greg Moran and David Back. The company was initially started as a car rental startup enabling users to rent vehicles by the hour, day, and week.

As of now, the company has raised over $100 Mn. It had last raised $3.6 Mn (INR 24.7 Cr) in debt funding from Gurugram-based seed stage venture capital fund Trifecta Capital. Other existing investors in the company include Mahindra & Mahindra, Ford Motors, and Sequoia Capital.

The company has expanded its services to the monthly car subscription space in March 2018. ZAP Subscribe was launched with a vision to enhance the availability of self-drive and subscription-based ownership cars, the company had said in a media statement.

“The target is to bring 500K ZAP Cars on the marketplace platform over the next two years from a supply standpoint and subsequently clocking 20 Mn bookings on the demand side,” the company added.

As of March 2019, the company is said to have sold 3.2K car subscriptions. Commenting on the rise of ZAP Subscribe in India, Zoomcar’s CEO Greg Moran had then said “ While in mature markets like USA, subscription commands 40% of the total cars sold annually. We strongly believe that through ZAP Subscribe we can grab 15% to 20% of India’s personal car purchase market over the next two to three years.”

A report by Ken Research suggests that the Indian car rental market is expected to touch $12.5 Bn by 2019, growing at a CAGR of 35%. Recently, Indian ride-hailing major Ola has also revealed its plans to invest over $500 Mn (INR 3,448 Cr) to launch its own self drive rental service. Another prominent player in car rental space include car and bike rental startup Drivezy, which was recently reported to be mulling over a merger with Zoomcar.