On August 6, former external affairs minister Sushma Swaraj passed away due to a heart attack 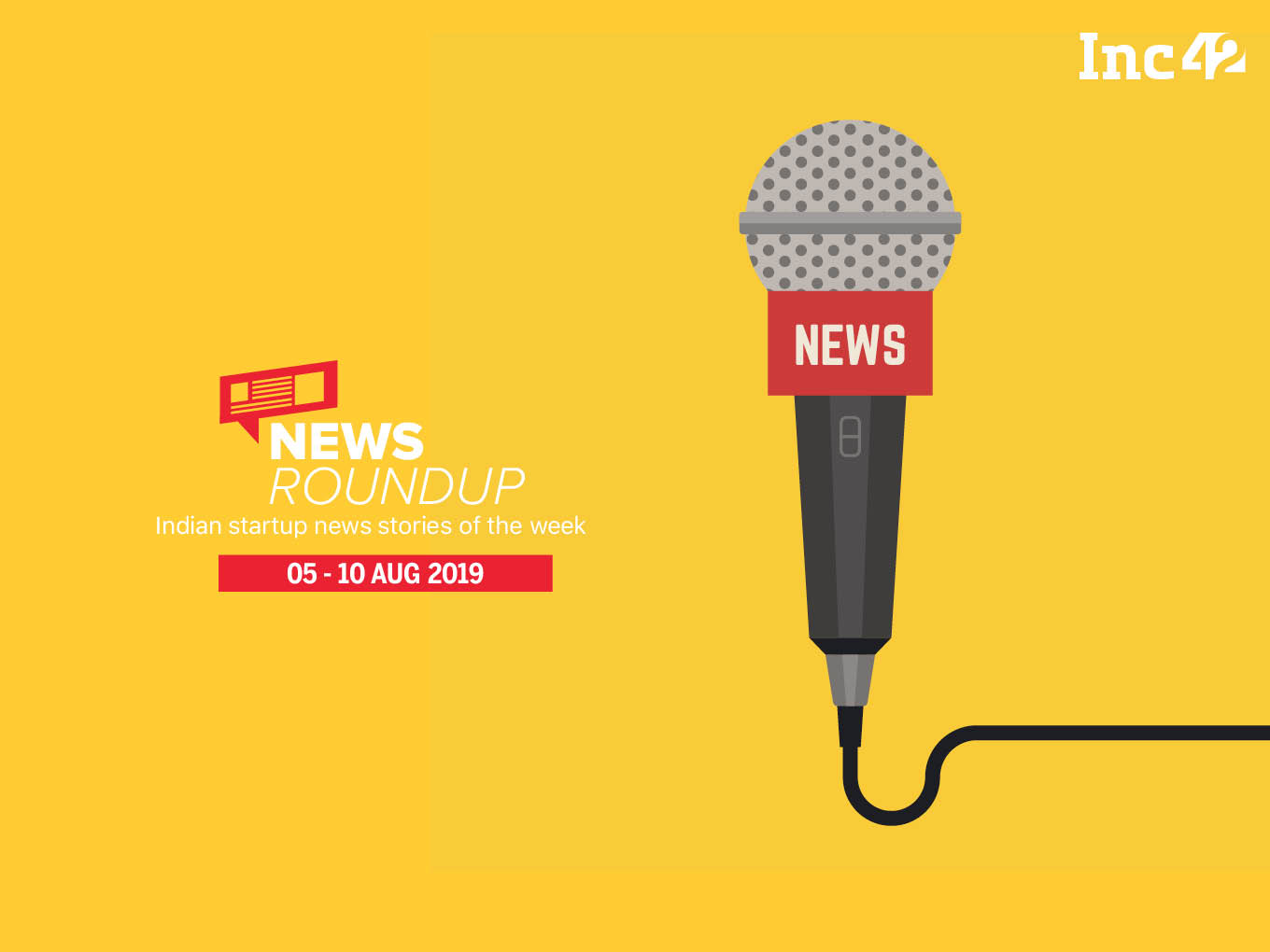 This week in the Indian startup ecosystem, the Central Board of Direct Taxes (CBDT) has come out with a framework to be followed by the assessing income tax officers for an investigation into startups that are registered and unregistered with Startup India. The circular follows finance minister Nirmala Sitharaman’s announcement last month during the Union Budget session that the CBDT will take steps to address the issues faced by startups in relation to angel tax and had cleared the way forward for exemptions.

Further, two other developments took the entire country by shock this week. On August 6, former external affairs minister Sushma Swaraj passed away due to a heart attack. She was a member of the Bharatiya Janata Party since 1977. The news came in soon after union home minister Amit Shah introduced an act to scrap Article 370 and 35A of the constitution which gave Jammu and Kashmir special status as a state. With the passing of the bill, the minister proposed setting up of two union territories — Jammu and Kashmir, and Ladakh. They would be with and without a legislature, respectively.

SoftBank Corp’s joint venture with Indian OYO Hotels & Homes (OYO) is scheduled to begin operations in Japan in September 2019. It will conduct an innovative hotel business that leverages OYO’s hallmark features such as total consulting for hotels and AI-based dynamic pricing.

The proposed personal data protection bill is currently undergoing another round of consultations. Various draft policies have noted data localisation norms as a part of their proposed regulations, including the strict data localisation stance in the draft ecommerce policy, and personal data protection bill has proposed localisation regulations based on the categorisation of data under headers such as sensitive and critical. Whereas, the Reserve Bank of India (RBI) has said that in case of domestic data, a copy of user data can be stored abroad.

In a hearing on July 31, the Patna High Court bench of Justice Jyoti Saran And Justice Partha Sarthy noted that the changes in the Drugs and Cosmetics Rules, 1945 framed under the Drugs and Cosmetics Act, 1940 had been introduced in August last year. The amendments and objections was to be disposed of within 45 days, however, this hasn’t yet been done. The court also said that the ministry has shown no inclination of attaching finality to such rules.

From The World Of Ecommerce: Flipkart, Amazon And More

From The World Of Fintech: Paytm Bulk Payments Feature And More

the ministries of Earth Sciences and Agriculture have launched a mobile application — Meghdoot — that will provide location, and crop and livestock-specific weather-based agro advisories to farmers in local languages. The information would be updated twice a week on Tuesdays and Fridays. To begin with, the service would be available for 150 districts in different parts of the country. It will be extended to rest of the country in a phased manner over the next one year. The app is available on Google Play Store and App Store.

The company is reportedly shutting down its warehouses and adopting a hyperlocal model. In a media statement, the company said this is expected to help the company reduced costs associated with logistics. This will also bring down the company’s costs drastically as it would not need to own and operate its own warehouses.

Food delivery major Swiggy has reportedly partnered with electric bike rental startup Bounce, to launch a bike taxi pilot in Indore and Ahmedabad, according to a media report which cited four sources close to the development. Under this pilot, Swiggy delivery partners are reportedly leveraging Bounce’s ride-hailing service to pick-up and drop customers, in the time when food delivery orders are low. The pilot is said to be running for the past two months.

After missing several deadlines over some of its poll promises, the Aam Aadmi Party looks set to finally launch one of its most anticipated projects. The state government would provide free Wi-Fi across Delhi as the AAP administration has accepted a proposal to install 11K free public hotspots in the city. The installation of hotspots will begin in Delhi in three months and registered users will be given 15 GB data per month at the speed of 200 Mbps at no cost. At a time, 200 users would be able to stay connected to a hotspot.

Apps are able to run calls in the background when using an iPhone even when the app has not been opened. This means such messaging and calling apps can be used at a faster pace, but it also lets them collect data in the background, without the user being aware of such an activity, while a voice call is active and running.  Apple has thus announced that it would be rolling out an update to mobile operating system iOS to restrict apps such as Facebook’s Messenger, WhatsApp and other communication apps from making voice calls over the internet in the background.

Google says the rate of Indian users coming online for the first time is increasing at a faster pace than the rest of the world. This has created a lag in the information available online. Search traffic from small towns has surpassed the traffic generated Tier 1 cities and metros. To solve this content deficit Google launched Question Hub in beta in October, a platform where publishers can see the questions that users are asking Google but for which there’s no relevant content online.

Zomato has laid off 60 employees from its customer support team in Gurugram. The report noted that Zomato spends around INR 4 – INR 5 for customer support and after-sales service for each order. A Zomato spokesperson said, “Over the last few months, our service quality has improved, and the percentage of orders requiring support have come down significantly creating a small number of redundancies for 1.2% of our workforce.”

As part of the tie-up, the companies would work towards enabling mobile cellular services in the remaining 43K villages of the country within one year. DoT is now coming up with a model where they will give 100% subsidy for capital expenditure. In simple terms, the government will pay for it and telcos will set up the network and operate it.

The company is in the process of building the product and refining that. The product is already live in parts of Latin America and the Middle East, which may inform its plans for India. The company can be expected to launch the service in the country within one year.

RBL Bank and Practo have jointly launched a co-branded health-focused credit card – RBL Bank Practo Plus  — powered by Mastercard. This industry-first credit card is available on both Practo and RBL mobile apps and websites. With benefits like unlimited online consultations with doctors 24*7, users are guaranteed that there is an experienced qualified doctor available to them whenever there is a need – instead of relying on self-diagnosis or advice from friends and relatives.