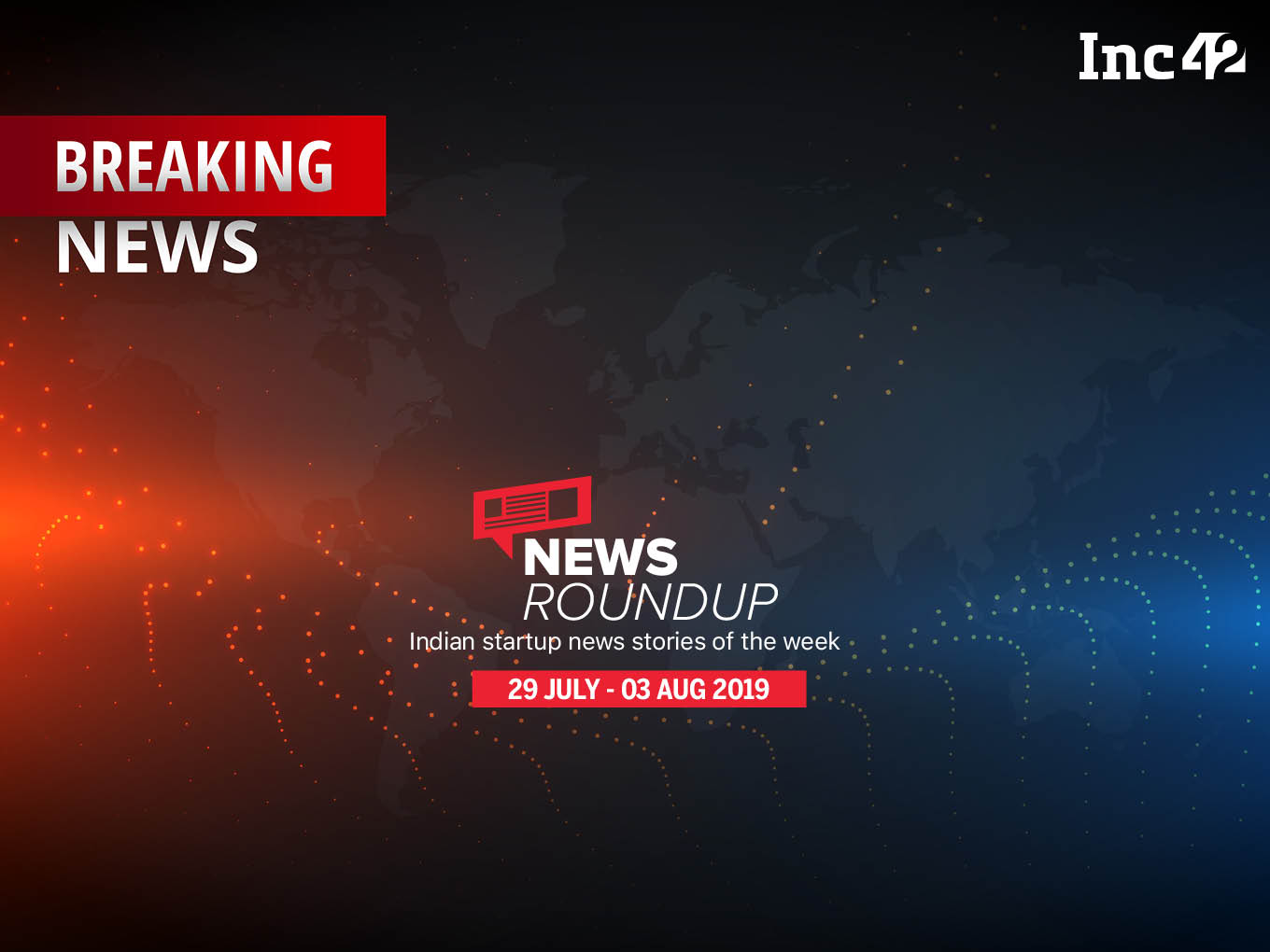 This week in the Indian startup ecosystem, the Companies (Amendment) Bill has been passed by the Rajya Sabha this Tuesday on July 30. According to the new amendments, all companies are mandated to have a physical address and have to maintain a physical register of their operations. Speaking about the bill, Nirmala Sitharaman said that the amendments are aimed at enforcing a check on ‘shell companies’ and promoting ‘ease of doing business’ in the country.

However, the industry response has been quite contrary to the government’s focus. As remote workforces become a popular trend in the Narendra Modi’s Digital India, mandatory physical office and register maintenance has been seen as a regressive step by the startup community.

The week was filled with interesting developments across mobility, ecommerce, data breaches and much more. Here’s a look at the important Indian startup news stories of the week.

Atal Community Innovation Centre aims to support community-driven innovation in the country through solution-driven design thinking. The programme will focus on regions such as Tier 2, Tier 3, smart cities, aspirational districts, north east, Jammu and Kashmir, rural and tribal areas among others. The plan is to offer unique and incentivised solutions which will encourage students, researchers to ideate and design solutions for the good of the country.

OYO Tells CCI It Is Not A Dominant Player

Gurugram-based hospitality chain OYO Hotels and Homes has told the Competition Commission of India (CCI) that it is not a dominant player in any relevant market in a case over alleged misuse of dominant position in the market. The CCI agreed with OYO’s contention in its conclusion.

The conclusion came in a complaint filed by New Delhi-based RKG Hospitalities which had entered into a ‘Marketing and Operational Consulting Agreement’ with OYO in 2017. The company, running under the brand name, Divine Inn, alleged that the agreement contained clauses which were one-sided, unfair and discriminatory, and which OYO was able to impose only because of its dominant position.

On Demand taxi Players And The Govt

American technology conglomerate, Cisco has partnered with Google Station to roll out free high-speed Wi-Fi zones across India. Through this partnership, the company said,  it aims to provide communities around the country access to a free, open, high-quality public Wi-Fi.

The project is said to have already begun its first phase and aims to setup 200 Wi-Fi enabled locations in Bengaluru by September 2019. This will be followed by enabling of another 300 locations in the second phase of the project.  The locations being targeted under this project include public spaces such as bus stops, hospitals, government offices and more.

Talking to Inc42, Dineout cofounder and CEO Ankit Mehrotra said that Dine-in is a digital menu solution with support for variable and dynamic pricing thanks to data analytics and artificial intelligence processing of that data. Dine-in partner restaurants would have a QR code on the table for customers to browse through Dineout discounts through a digital menu. Mehrotra added that customers would get recommendations based on their past orders, if that data is available with Dineout.

Chinese ecommerce platform Club Factory is reportedly onboarding over 10K sellers in India this year, and has plans to set up new offices in Bengaluru and Mumbai too.  India is the largest market for Club Factory with users in the country accounting for 40 Mn of its 70 Mn global users. In April, the company had issued a media statement saying it will make significant investments in warehousing, delivery, technology and marketing to strengthen its India presence.

Bengaluru-based fintech startup Open has tied up with global card payment network, Visa to launch a suite of innovative products that include a business credit card for SMEs, payment gateway and real-time payments. The companies said that the business card from Open will be specifically designed to help startups qualify based on funding rather than credit history.

The Delhi High Court has asked Snapdeal to crack down on fake product listings on its website in response to a civil lawsuit filed by Titan against the ecommerce marketplace and some of its  sellers. Titan alleged that sellers were posting counterfeit/infringing FASTRACK watches on Snapdeal and further that Snapdeal had also not taken down the various listings despite being notified by Titan.

Government-owned India Post Payments Bank has decided to change its future course by converting to a small finance bank. With this, the postal department aims to offer small loans to customer and open one crore bank accounts in 100 days. The decision to convert to small finance bank will work towards providing micro credit at the doorsteps to individuals and SMEs.

Elon Musk has once again set a timeline for Tesla’s entry into the Indian market. In a recent interaction with the students of IIT Madras, Elon Musk said that the Tesla might run on Indian roads by 2020. Tesla has been trying to enter the Indian market since a long time but has been unsuccessful due to lack of infrastructure, policies and the market for electric vehicles.

TikTok and Helo’s parent company, ByteDance has confirmed its plans to foray into smartphone manufacturing. Earlier in January, ByteDance has acquired a Chinese electronic device maker Smartisan. According to a media report, a ByteDance spokeswoman has said that smartphone had been part of Smartisan development plans even prior to their acquisition of ByteDance. Also, a Chinese media report noted that ByteDance phone had been in development for the past seven months and the project is led by a former Smartisan executive, Wu Dezhou.

Amazon is reportedly working on a strategy to dominate the global auto sector, with the support of its existing logistics, cloud computing and digital services capabilities. The ecommerce giant has filed 210 patents related to transportation between December 2016 and May 2019. These patents are said to range from drones to automated delivery vehicles and even include a scheme to transport passengers through a network of driverless vehicles.