The former minister of external affairs passed away on August 6

Through her interactions, Swaraj not only aided foreign rescue missions but also helped stranded passengers 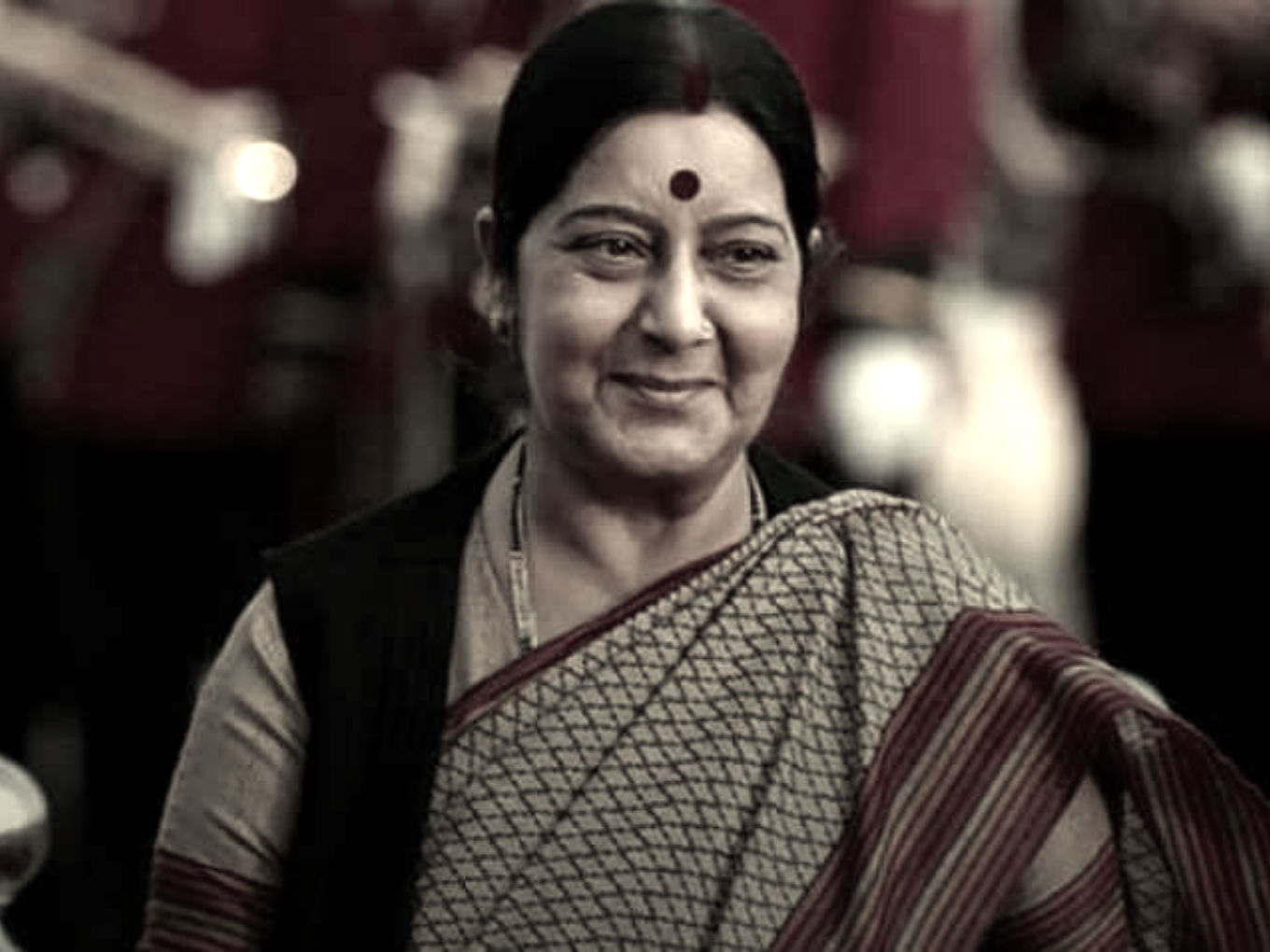 Last night (August 6), former external affairs minister Sushma Swaraj passed away due to a heart attack. The sudden demise has come as a shock not just to the Bharatiya Janata Party, of which she was a member since 1977, but leaders across the aisle who paid tributes to Swaraj on social media.

The Twitter tributes were fitting for a personality that had typified the government’s use of social media to interact with citizens and provide prompt responses to questions and issues. Over the years, Swaraj took on several roles from being chief minister of Delhi, to the minister of Health and Family Welfare to the external affairs post, and was known for being outspoken about the challenges faced by those elected to office.

The biggest impact of her ministership arguably came in her egovernance steps and efforts to ensure Indians across the world — or even Mars, as she joked once — safe and sound. Her perseverance and determination to help out people made her a legend among common folk, especially those on Twitter.

In 2014, when the Narendra Modi-led government came to power, the social media wave was only starting to grip India. The government had been championing the cause of “Minimum government, maximum governance”, and on those lines used social media to connect with citizens.

It started with Prime Minister Narendra Modi, followed by Swaraj, and the then defence minister Manohar Parrikar, and the former railways minister Suresh Prabhu, as many Indian political leaders established public interfaces on Twitter. Social media platforms were used to address common concerns over and beyond the official government windows.

For instance, a video of nearly 168 Indian stuck in Iraq’s Barsa region was tweeted to Swaraj in February 2015. Taking cognizance of the matter, she aided in the rescue efforts which brought all the stranded Indians back home.

In April that year, Swaraj enabled Operation Raahat, where 1,947 foreign nationals and 4,741 Indians were rescued by air and sea routes through war-torn Yemen.

Swaraj coming to the aid of Indians stranded abroad or those falling victims to unfortunate passport thefts became a part of the identity of the new government. From rescuing Indians from human trafficking to enabling visa for families or the Indians stuck abroad, Swaraj helped people through all sorts of challenges, one tweet at a time.

Already known for being a “legend” in the Indian political landscape, Swaraj not only set an example for her contemporaries, but has also helped shape the definition of a modern politician in the Indian context.

She was married to Swaraj Kaushal, a designated senior advocate of the Supreme Court of India who served as Governor of Mizoram from 1990 to 1993, and has a daughter Bansuri Swaraj, who is a practicing criminal lawyer at the Delhi High Court and Supreme Court and a barrister in London.