It aims to bring India’s artisans, weavers, and handicrafts producers onto ecommerce

It will work closely with reputed NGOs and government bodies 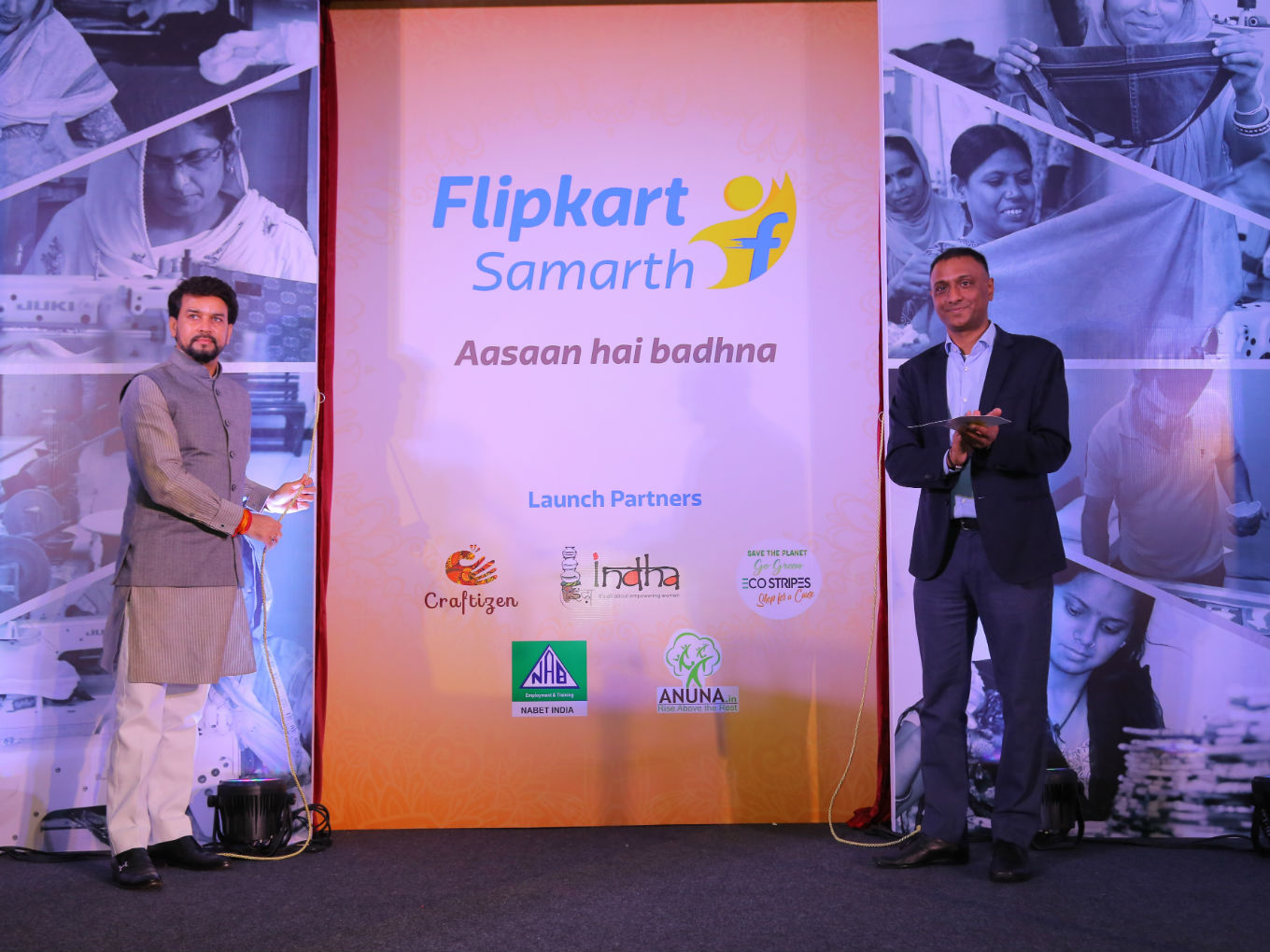 Walmart-owned ecommerce company Flipkart has announced the launch of a new programme— Samarth. With this, it aims to bring India’s artisans, weavers, and handicrafts producers onto ecommerce.

Kalyan Krishnamurthy, CEO, Flipkart Group, said, “The initiative will help us partner with the government and add impetus to various social empowerment schemes. ‘Flipkart Samarth’ will leverage the increasing internet penetration in rural India to boost entrepreneurship and we are excited about the shared value we’re adding to the ecosystem with this initiative.”

The company said that under Flipkart Samarth, it will work closely with reputed NGOs and government bodies and livelihood missions to reach a large number of rural entrepreneurs, with a special focus on women-led enterprises, differently-abled entrepreneurs, artisans, and weavers, who often face obstacles such as lack of access to working capital, poor infrastructure, and inadequate training.

Anurag Singh Thakur, minister of state for finance and corporate affairs, said, “Our Government has taken a host of measures in the recent budget and during the past few years to nurture the startup ecosystem, support the MSME sector and encourage e-commerce platforms. Bringing our local sellers, helping them build their brand and guiding them through the supply chain process will go a long way in building a robust ecommerce ecosystem and the ‘Made in India’ brand.”

It is interesting to note that Flipkart had announced its plans to bring 50,000 medium and micro, small and medium enterprises (MSMEs) onto their platform by the end of 2019.

Flipkart claims to have around 100,000 MSME sellers on their platform already. In a non-festive month, the company sells over 20 Mn product units of which a significant 70% come from these small sellers. In the past 12 months alone, moreover, over 2,500 small sellers have conducted business worth INR 1 Cr.

Flipkart had previously demonstrated its support for MSME growth by revamping its ‘Growth Capital’ seller financing programme, with the new changes allowing over one lakh small sellers to avail credit at competitive interest rates and within 48 hours of applying.

It had also stated its commitment to following new ecommerce FDI rules that prohibit online marketplaces from exercising control over the inventories of sellers.

India’s handloom industry is the second largest employment provider for the rural population after agriculture. According to the Handloom Export Promotion Council, a statutory body constituted under the Ministry of Textiles, over 4.3 Mn people are directly involved in the handloom production.

For instance, Amazon India last year added handloom and handicraft items of Weavesmart – an online handloom store supported by the Government of India – on its platform, aimed at facilitating over 3K weavers, associated with Weavesmart.

This year in January, Microsoft India launched a new ecommerce platform for handloom, re-weave.in, aimed at helping weavers connect to the buyers, as part of the company’s philanthropic initiative, Project ReWeave.

On the government’s front, the government wants to empower rural artisans by providing them with ecommerce platforms to sell their products to the global audience. The government has partnered with Tata Trusts to provide skilling and entrepreneurial training to artisans.