It’s too early to say that the quick commerce party in India is over, but one thing is certain — it’s not as cool as it looks from the outside. Yet, many more startups continue to throng in. Only once they get past the velvet ropes, do they realise how deep they are.

From a macro view, the crowd of startups might as well be a bunch of darts being thrown at the board. Most are likely to miss the mark and while some might land close to the bullseye, it’s anyone’s guess right now. Enough metaphors — let’s jump into the meat of the matter, after a look at the top three news stories this week:

There is only so much room even in a high-growth market. But the reason it has remained underpenetrated so far is because of the lack of willpower or vision, but actually because it’s just simply too expensive to cover all that ground.

India’s quick commerce players are soon about to find out. At least that’s the prevailing thought in the startup ecosystem among seasoned investors as well as founders whom we spoke to in recent weeks.

How much more fuel and dry powder startups get to burn is unclear, and soon the game is about to shift. If 2021 was about validating the quick commerce idea in India, this year is looking more and more like the season for bandwagoners.

While on one hand Tata is putting money behind quick commerce with BBNow — integrated into Tata Neu app as well — on the other, it is also advising Indians to choose ‘slow commerce’ in its ads for Tata Cliq, its luxury shopping portal. 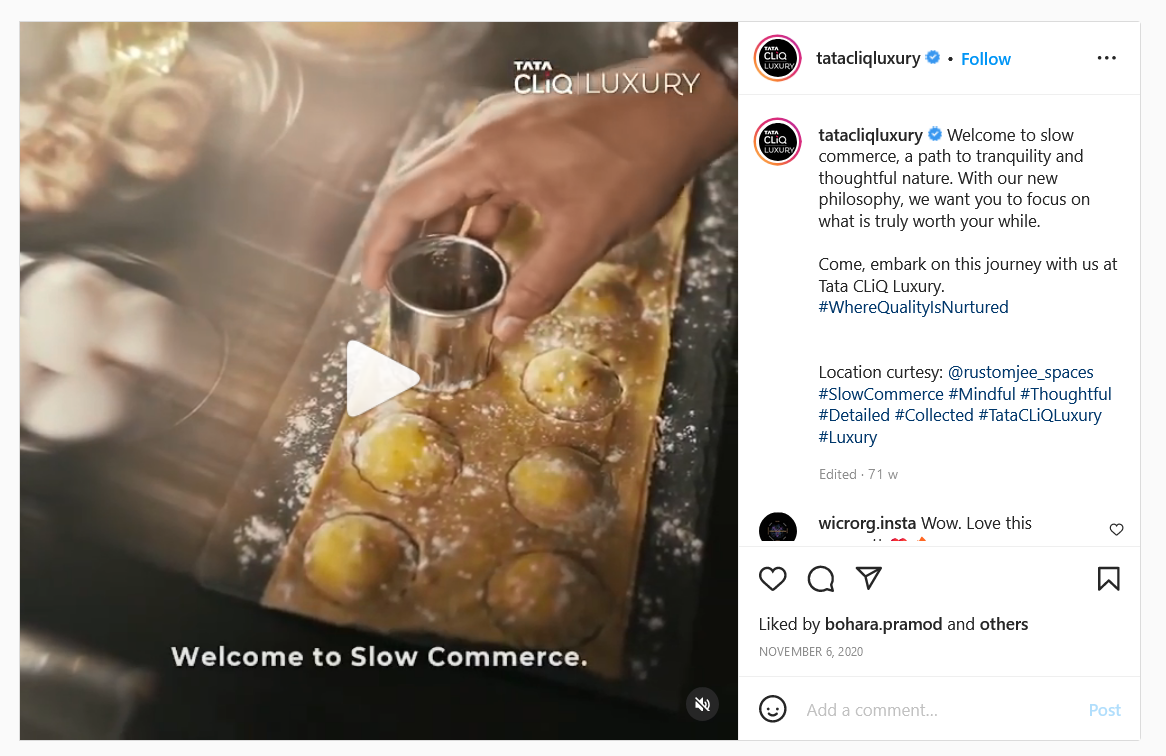 This dichotomy best explains the hedged bets of many of the players in this space, as they look to grab a piece of the massive opportunity — $5 Bn by 2025 in India, according to a RedSeer report.

Zomato is hedging that if its Blinkit bet does not pay off, it at least has a delivery fleet to reutilise and increase penetration. It has also created a fall-back in the form of Zomato Instant, which has its own woes if we are being frank.

Swiggy has hedged its bet with a ‘super app for delivery’ approach — if one vertical falls out, no big deal. Reliance-backed Dunzo has its retail network besides its expanding dark store network to Mumbai and beyond as a fail-safe. And anyway, it seems Reliance also has eyes on instant delivery, so Dunzo might still have a totally different future in store.

Meesho has also entered the grocery fray — though frankly, by now the company has had so many pivots and yet continues to raise more funding for further pivots that one cannot be sure how long this will last. At the moment, Meesho is not making any promises about instant delivery, so one is not sure what USP it is banking on to beat the rush.

The newest kid on the block, Zepto has managed to raise $160 Mn quickly, but that’s still far behind the many hundreds of millions already spent by its older rivals in expanding their network, yet without any profit to justify this burn.

In the past few weeks, we have seen reports about government and tax probes into BharatPe, Trell, Infra.Market, Zetwerk, and at least 11 crypto exchanges. Further, cases such as the lack of due diligence and corporate governance issues at BharatPe and Zepto have dampened the spirits of the VC ecosystem.

According to a partner at one Mumbai-based early-stage VC, while in late 2020 and throughout 2021, the money was flowing unchecked and cheques were being written blindly, there’s a lot more caution now. And particularly for businesses where there is more likelihood of growth pressure on founders because of cash-burn.

While some of the bigger players mentioned above will raise mega rounds, the pressure on profitability and revenue growth will force many pivots away from quick commerce.

Will Deliveries Take A Backseat?

The large sums of money raised by Swiggy, Dunzo, Zepto and others is likely to be pumped into different kinds of models and experiments for the sake of unit economics, because the cost of delivery is fundamentally impossible to recover from a single order to a customer.  This will push India’s quick commerce players towards other models where convenience will be offered through large retail presence rather than instant delivery.

As it is there’s a limited pool of gig workers — competition for new riders in a new city or area is going to see companies throwing money to grab the fleet at first before cutting incentives or changing the pay structure, just as we have seen in the mobility and food delivery gig economies.

In addition to the pressure of 10-minute deliveries on riders, there have been concerns about unsafe vehicles due to EV-related fires while rising fuel prices have also made it difficult for workers to support their costs. The delivery partners will likely seek the best-paying platform, which again will put constant capital pressure on companies.

The Fad That Is Instant Delivery

The high cost of sustaining the quick commerce model in India and around the world makes us wonder whether it is a fad. A founder who runs an ecommerce roll-up pointed out that eventually the hype will die down because it is not solving a need.

They believe that quick commerce is currently a solution in search of a problem — startups like Getir, GoPuff and others in more developed economies such as Europe and the US that managed to execute well have had to change tack, cut back or even shut doors (1520, Buyk, Fridge No More) due to the burn involved.

Can we really expect Indian startups to somehow avoid this fate for long? In all likelihood, the quick commerce race will also see the consolidation that swallowed dozens of hyperlocal startups in 2016. Who will survive the churn?

Just by numbers, it would seem that the first full week of April has been great for Indian startup funding, with over $954 Mn raised. But just one of the 33 reported deals accounted for $805 Mn of this tally — we are talking about Dailyhunt and Josh’s parent VerSe Innovation’s latest mammoth round. 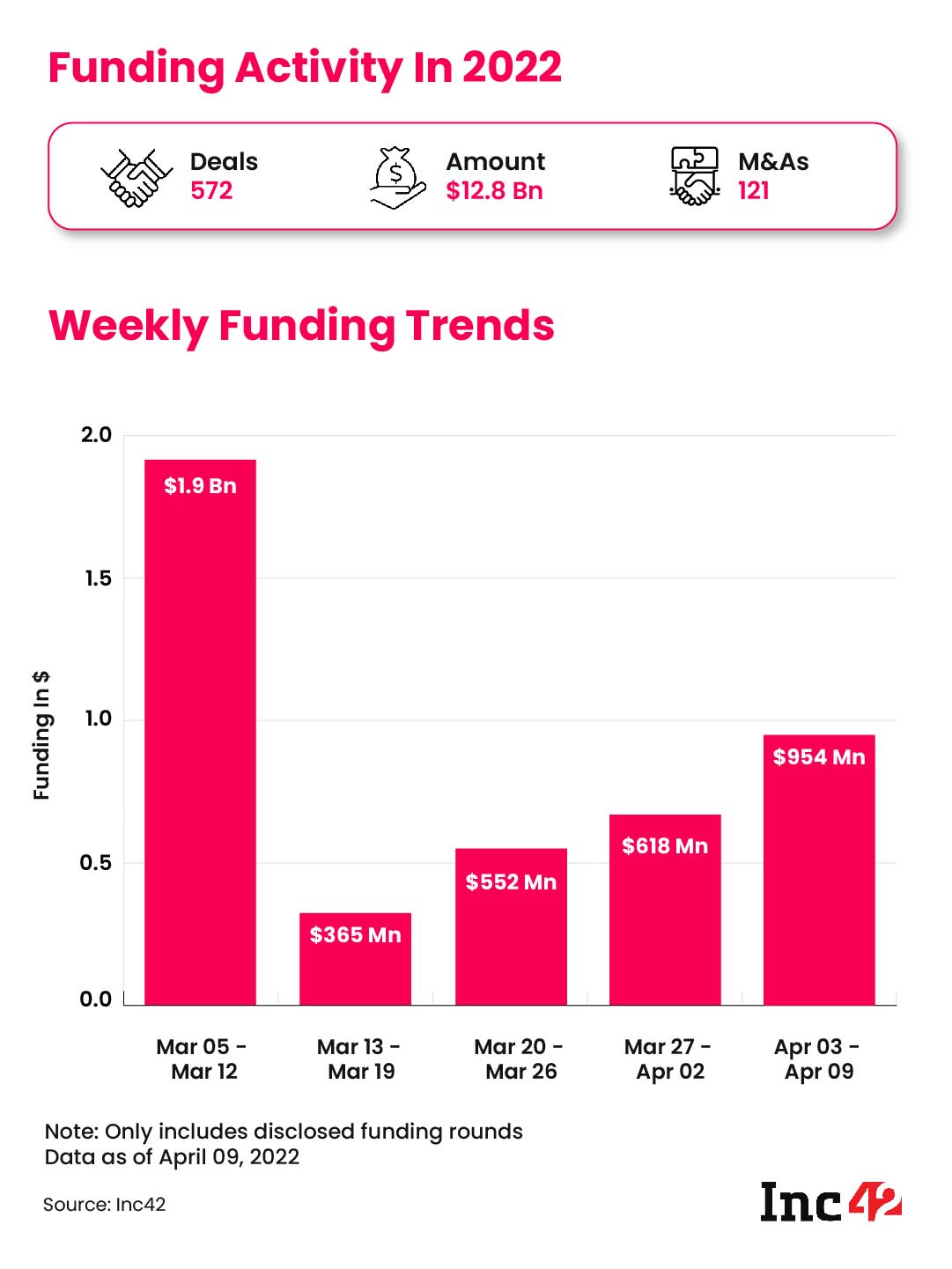 Here’s the current state of the recently-listed tech companies in India after the past week: 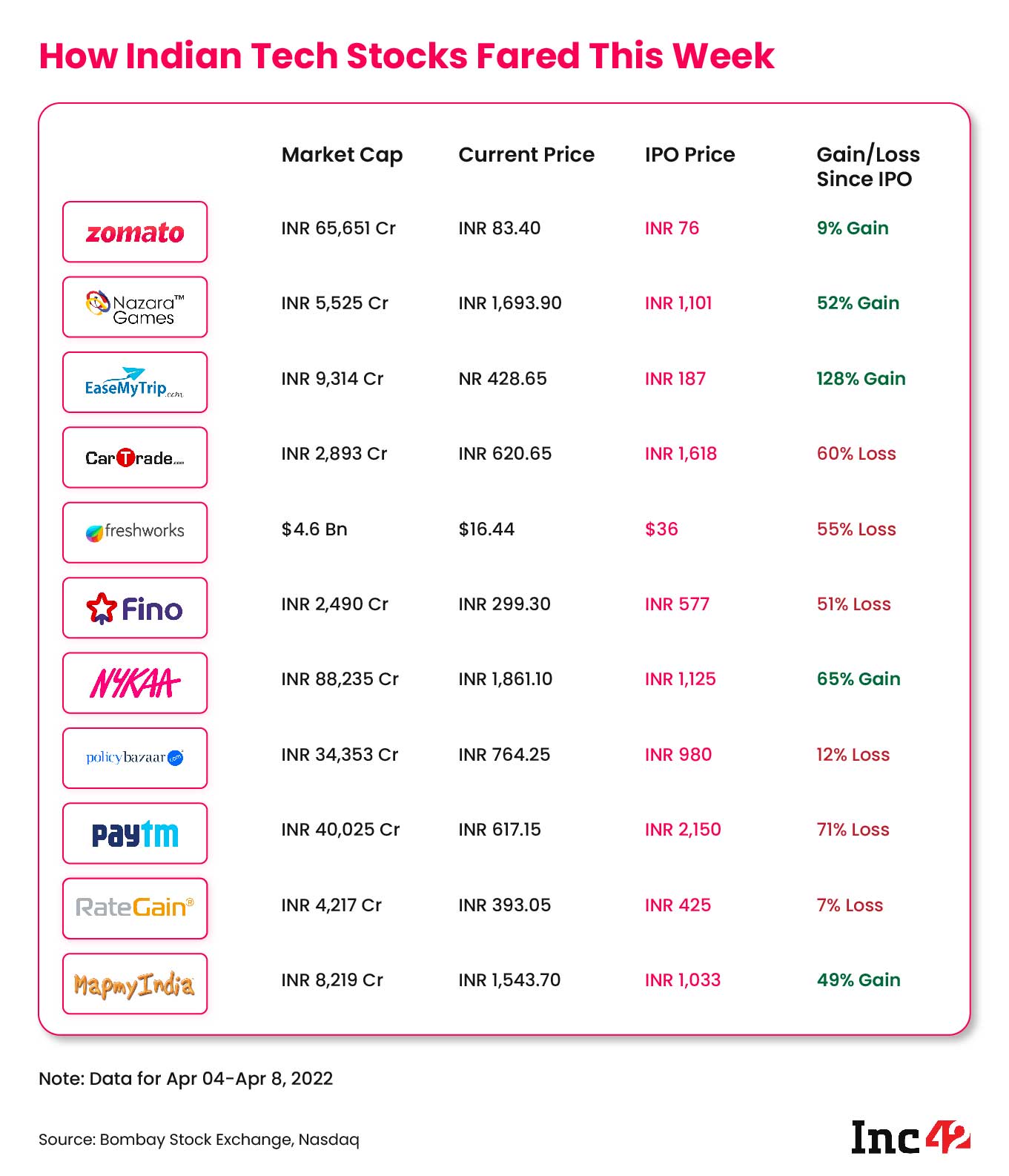 That’s all for this week! Catch you next Sunday with a look at the biggest developments from the Indian startup ecosystem.