Zomato said that that with $1.7 Bn cash in bank, it will look to capitalise on the growth seen by Blinkit

As Zomato moves closer to profitability after encouraging financial performance in the third quarter in FY2022 (ending December 2021), the food delivery giant has stated that it would invest $400 Mn towards building a significant play in the hot quick commerce category. Last year, it invested $225 Mn in Blinkit (formerly Grofers), Shiprocket and Magicpin towards building out its quick commerce play in India.

Of these, the company is particularly bullish about Blinkit’s growth in the past year. After Zomato’s $100 Mn investment in Grofers in August 2021, the company rebranded to Blinkit. Zomato said that that with $1.7 Bn cash in bank, it will look to capitalise on the growth seen by Blinkit in the past year as quick commerce took centre-stage.

Since then, Zomato claims Blinkit has $450 Mn annual run rate GMV (January 2022 annualized) and operates 400+ dark stores across 20 cities in India. The median delivery time for Blinkit is roughly 12 minutes.

“Delightful customer experience is leading to high customer retention, ordering frequency and willingness to pay for the service,” Zomato said about Blinkit in its Q3 report.

Blinkit competes with the likes of Swiggy (Instamart), Zepto, BigBasket and Dunzo in the quick commerce space, with the likes of Amazon and Flipkart also experimenting with quick deliveries of grocery and household items. 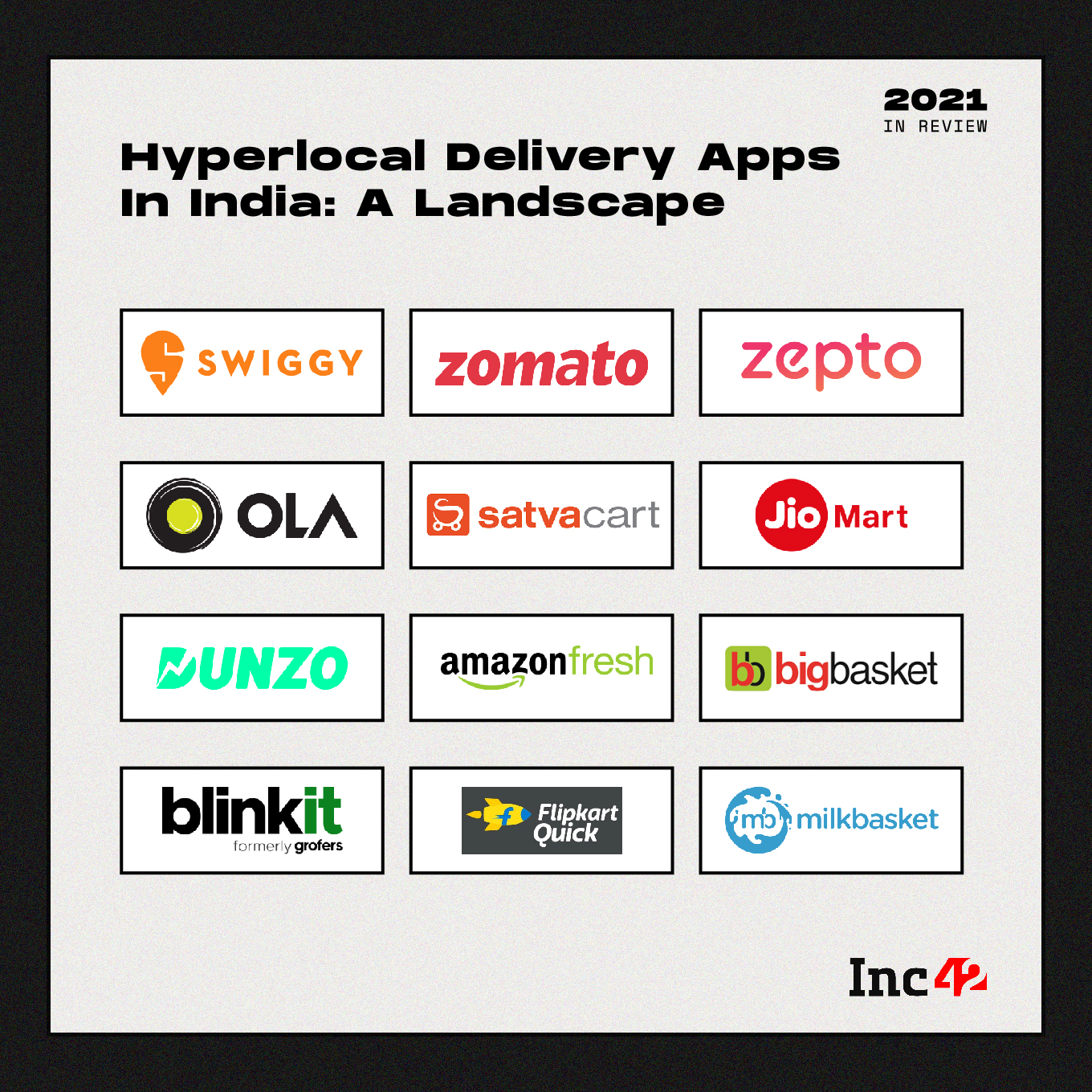 The major development in this space in the past few weeks has been the entry of the Mukesh Ambani-led Reliance Industries. RIL-owned Reliance Retail recently led a $200 Mn funding round in the hyperlocal delivery firm Dunzo for a 25.8% stake. Besides this, Swiggy raised $700 Mn led by Invesco in January this year to focus more deeply on quick commerce and make meaningful investments to grow its Instamart quick delivery business.

“We are very bullish on the product-market fit, unit economics, as well as the growth trajectory of the quick commerce category. It reminds us of the food delivery category a few years ago when many platforms competed over a large and growing market but ultimately only the few who delivered exceptional experience to their customers survived,” Zomato in its Q3 FY2022 report.

As reported in Inc42’s 2021 review series, Zomato outshone Swiggy and topped the downloads chart with 28.5 Mn installs. Swiggy was a distant second with 18.7 Mn downloads, while BigBasket outpaced Blinkit (previously Grofers) to the third spot, followed by Dunzo and Zepto, which saw around 0.3 Mn downloads.

However, it must be noted that Zomato currently does not integrate Blinkit’s service within its app, while Swiggy offers Instamart and food delivery in the same app. Till last year, Zomato had a grocery delivery vertical in its app, which it has since then removed and instead invested in Blinkit. The company also officially announced the retreat from the grocery and nutraceuticals businesses last September.