Unacademy Lays Off 600 Employees To Cut Down Cash Burn

Unacademy Lays Off 600 Employees To Cut Down Cash Burn 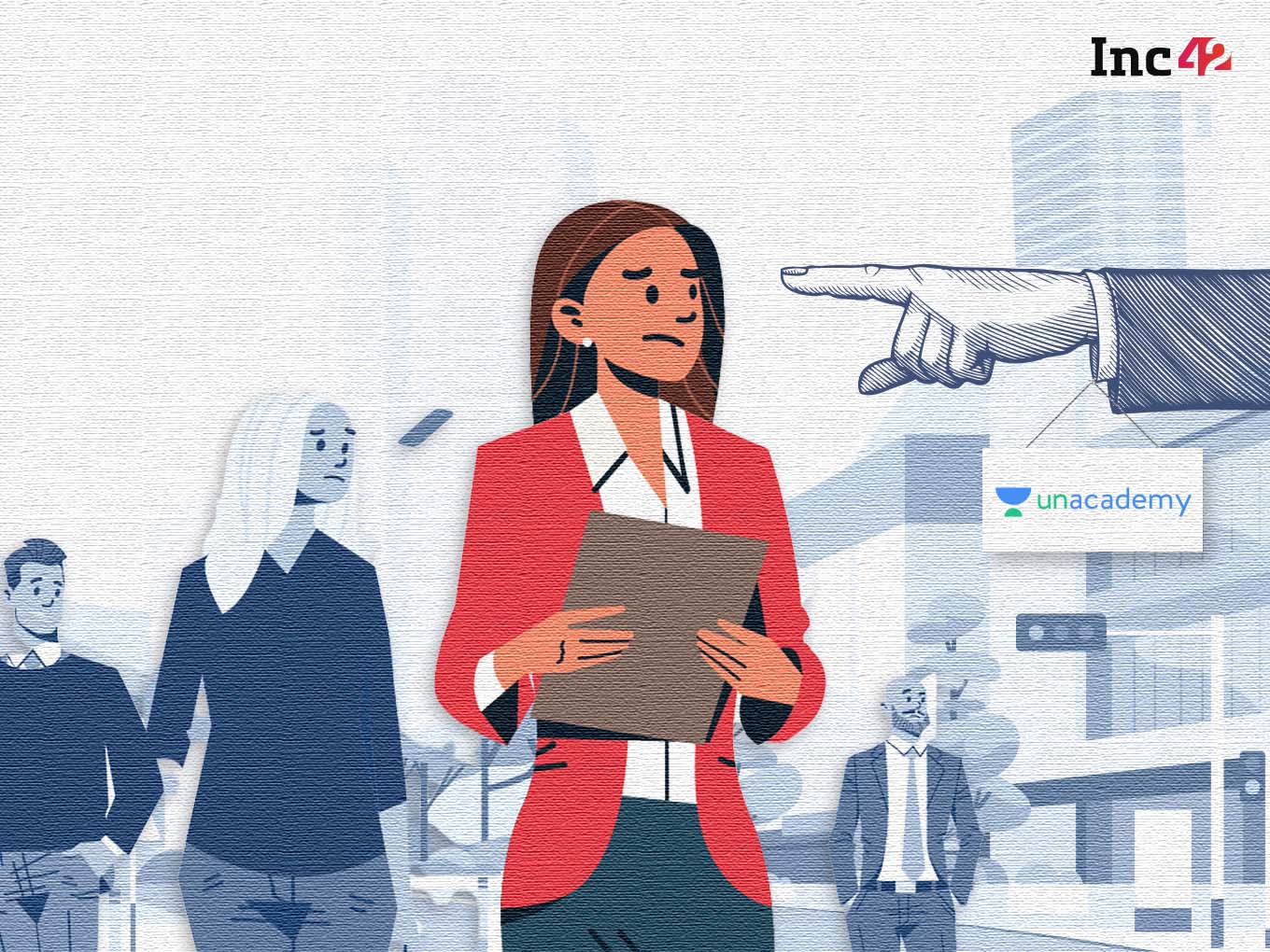 In March 2022, it laid off around 210 educators as a part of its cost-restructuring exercise and based on employees’ poor performance

Edtech unicorn Unacademy has recently laid off a large chunk of employees in the company. The startup has fired around 600 employees including its on-roll staff and contractual educators in the past few weeks.

A company spokesperson confirmed that the lay-offs were based on several assessments to determine the role redundancy and performance. The laid off employees will receive additional benefits and a severance.

An Unacademy’s spokesperson told Inc42 that all sacked employees are asked to serve one month of notice and additional one-two months depending on seniority of the person. They have also been offered medical and insurance benefits. Employees that are single bread earners or have financial commitments have been given an additional salary of one month.

Before the layoffs, Unacademy claimed to have a staff count of 6,000+.

The news of layoff comes shortly after Unacademy laid off around 210 educators in March this year as a part of cost-restructuring exercise and based on employees’ poor performance. A few days before this, it sacked 125 consultants from its PrepLadder team.

Unacademy is looking to bring down its cash burn from each cost centre and has therefore undertaken this move, the report added.

“As an organisation we are focussed on becoming profitable by the end of Q4 CY2022 in our core business, while investing for growth in our group companies,” Unacademy’s Spokesperson added.

Biz Expansion While Downsizing The Business?

In 2021, it launched Relevel, a new gamified product to enable job-seekers to showcase their skills and get employed at some of India’s largest startups. The startup also has a third branch, Graphy, that allows content creators to grow their audience, monetise their skills, and host live cohort-based courses.

In January 2022, its cofounder Gaurav Munjal tweeted that the startup is venturing into celebrity-taught extracurricular courses–‘Unacademy Icons’; the first of the many courses is Cricket, taught by former Indian cricket legend Sachin Tendulkar.