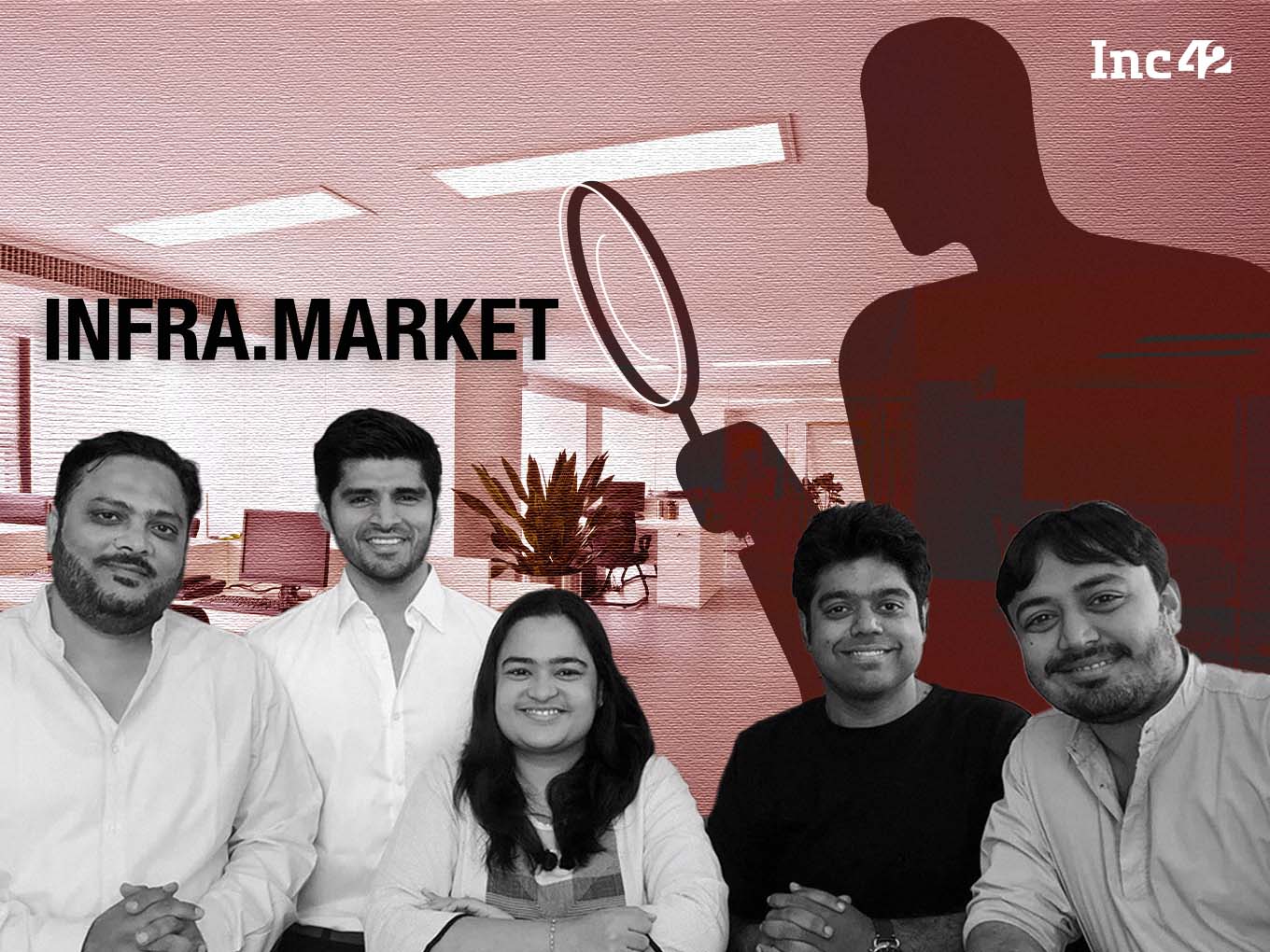 I-T sleuths uncovered a network of shell companies based in Mumbai and Thane connected to Infra.Market

The Income Tax department has conducted a search and seizure at B2B unicorn Infra.Market on the same day as the department paid the founders a visit at their homes.

The whole operation started on 9th March. Inc42 has seen a copy of the I-T department’s initial report.

In terms of seizure of property, the department has seized INR 1 Cr in unaccounted cash, and jewellery worth INR 22 Lakh. The I-T officials also seized a large amount of incriminating evidence, which includes undisclosed income worth INR 224 Cr across various financial years.

According to the department, the directors of the unicorn admitted to a modus operandi of falsifying purchases, making large unaccounted cash expenditure, and bogus accommodation entries, which are in the tune of more than INR 400 Cr combined.

While the B2B startup is cooperating with the department and has reportedly offered to pay its tax liability, the evidence unearthed by the I-T department shows that it will take more than that to pacify the authorities.

During the raid, the I-T sleuths uncovered a network of shell companies connected to Infra.Market. The companies, based in Mumbai and Thane, existed only to provide accommodating entries to the B2B unicorn.

The department has said that these shell companies provided accommodation entries worth more than INR 1,500 Cr.

Further, the I-T raid also revealed that Infra.Market had large investments from foreign companies via Mauritius, and it offered its shares at an abnormally high premium. This is probably what set the alarm bells ringing at the I-T department.

Infra.Market’s cofounders Souvik Sengupta and Aaditya Sharda also saw their homes raided by the I-T department on the 9th March.

The search operations were related to unpaid taxes by some suppliers.

A Brief Refresher on Infra.Market

The startup has so far raised $356.6 Mn in funding. It entered the coveted unicorn club in February 2021 after bagging $100 Mn in its Series C round from Tiger Global, Accel Partners, Nexus Partners, among others.

The startup later raised another $125 Mn in its Series D round, almost doubling its valuation to $2.5 Bn. In December 2021, it raised close to $53 Mn in debt from more than 100 investors led by Avendus Finance.

On the financial front, the startup posted revenue of operations of INR 1,062.3 Cr in FY21, a massive jump from INR 348.7 Cr in FY20. Essentially, it realised a total profit of INR 30.5 Cr during the same period.