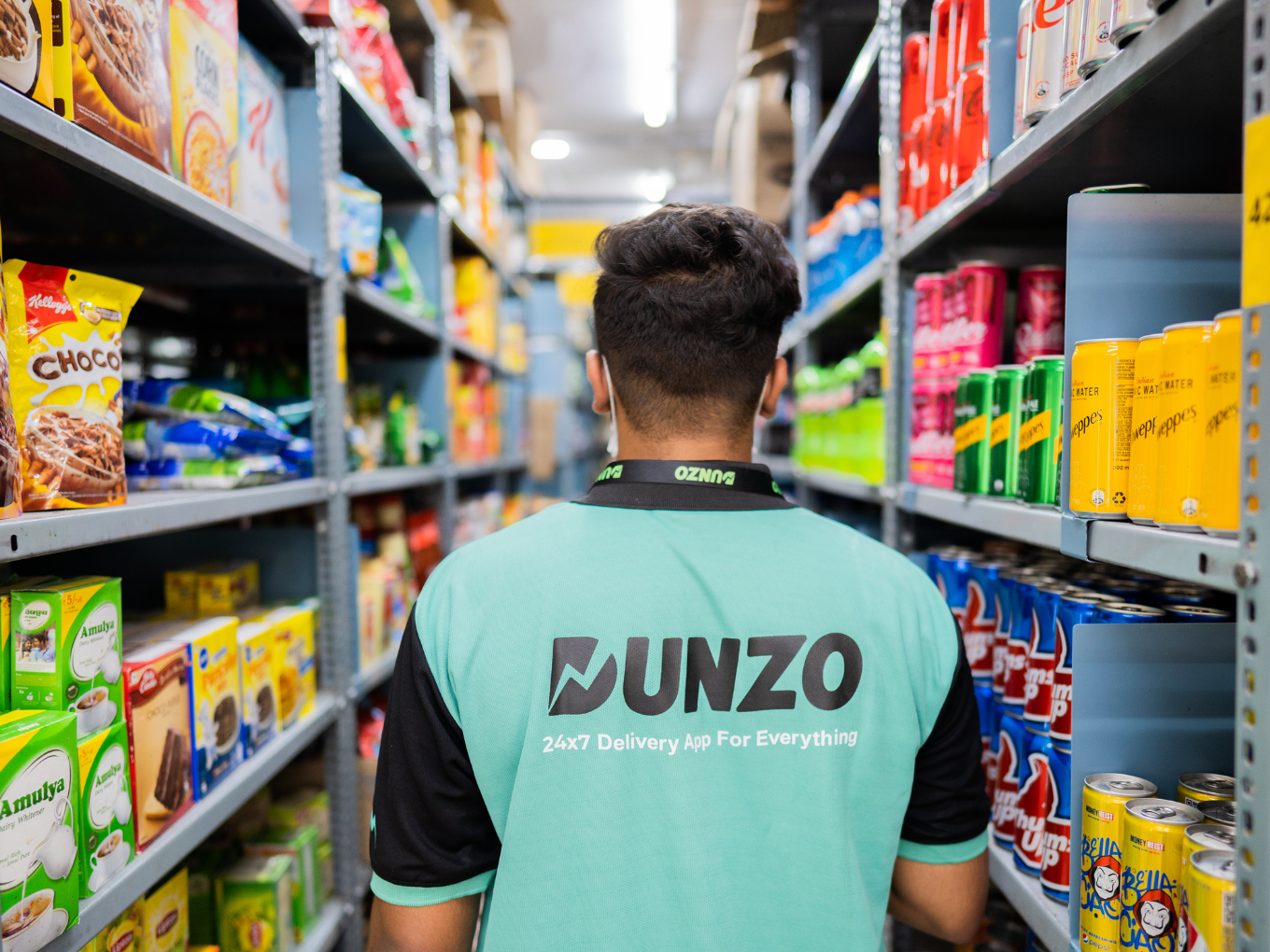 Post the Mumbai launch, Dunzo Daily will be available in four cities including Bengaluru, Pune and Chennai

As part of its expansion plan, Dunzo aims to have more than 200 mini-warehouses and over 30,000 delivery partners across the country by June this year

Called ‘Dunzo Daily’, the service will cover all parts of Mumbai as well as the satellite towns of Thane and Navi Mumbai. With this, the grocery delivery service will now be available in four cities including Bengaluru, Chennai and Pune. The startup also plans to launch ‘Dunzo Daily’ in Delhi-NCR and Hyderabad later this month.

Dunzo cofounder and CEO, Kabeer Biswas, said, “Our supply chains for fresh fruits and seasonal vegetables ensure that produce reaches our mini-warehouses in less than 20 hours after harvest from the farms, every day…This leads to consumers receiving the freshest fruits and vegetables each time, within 19 minutes of placing an order. We’re now fully geared up to give Mumbaikars an unparalleled experience daily.”

The startup launched the Dunzo Daily service back in June last year to cater to the booming hyperlocal market. The startup provides instant grocery delivery services to consumers and connects merchants with users. The service aims to bring down delivery timings while having oversight of its own inventory in real-time–something which Dunzo couldn’t do while aggregating individual stores.

The startup claims that this service has been growing at a break-neck speed of 100% month-on month. It also claims to be focused on building a robust supply chain to streamline its operations.

As part of this, Dunzo aims to have more than 200 mini-warehouses and over 30,000 delivery partners across the country by June this year. It also has set a target of processing 2 Lakh orders a day by June this year as well.

The mega expansion drive comes on the back of a recent $240 Mn funding round led by Mukesh Ambani-led Reliance Retail in January this year, at a valuation of $775 Mn. The announcement also holds importance at a time when Zomato has announced its much touted ‘10-minute delivery.’ The expansion is likely a bid to counter Zomato’s strategy to eat into Dunzo’s market share.

Prior to this, Dunzo had last raised $40 Mn as part of Series E round led by Google and Lightstone.

Headquartered in Bengaluru, Dunzo is also backed by marquee names such as Blume Ventures, Aspada Investments, LightBox Ventures, STIC Ventures, and 3L Capital, among others.

Dunzo competes with Swiggy Instamart, Zomato-backed Blinkit and Zepto in the quick-commerce space.

Remember, this also comes days after CEO Biswas was quoted as saying that Dunzo was planning to raise another $250-300 Mn capital in the coming days.

This also comes amidst a raging boom for established players in the hyperlocal delivery segment. In December last year, Zepto raised $100 Mn in a funding round led by Y Combinator’s Continuity Fund, valuing it at $500 Mn. More recently In March, quick commerce unicorn Blinkit had closed a funding round of $100 Mn from foodtech giant Zomato.

The boom in hyperlocal delivery has mostly been pandemic-induced. As Covid-19 struck, people preferred to stay indoors to avoid contact. This led to more and more people shopping online for contact-less delivery and the sector has grown manifold since then.