Trell’s Founders Under Scrutiny For Financial Irregularities, $100 Mn Funding Round Might Fall Through

Trell’s Founders Under Scrutiny For Financial Irregularities, $100 Mn Funding Round Might Fall Through 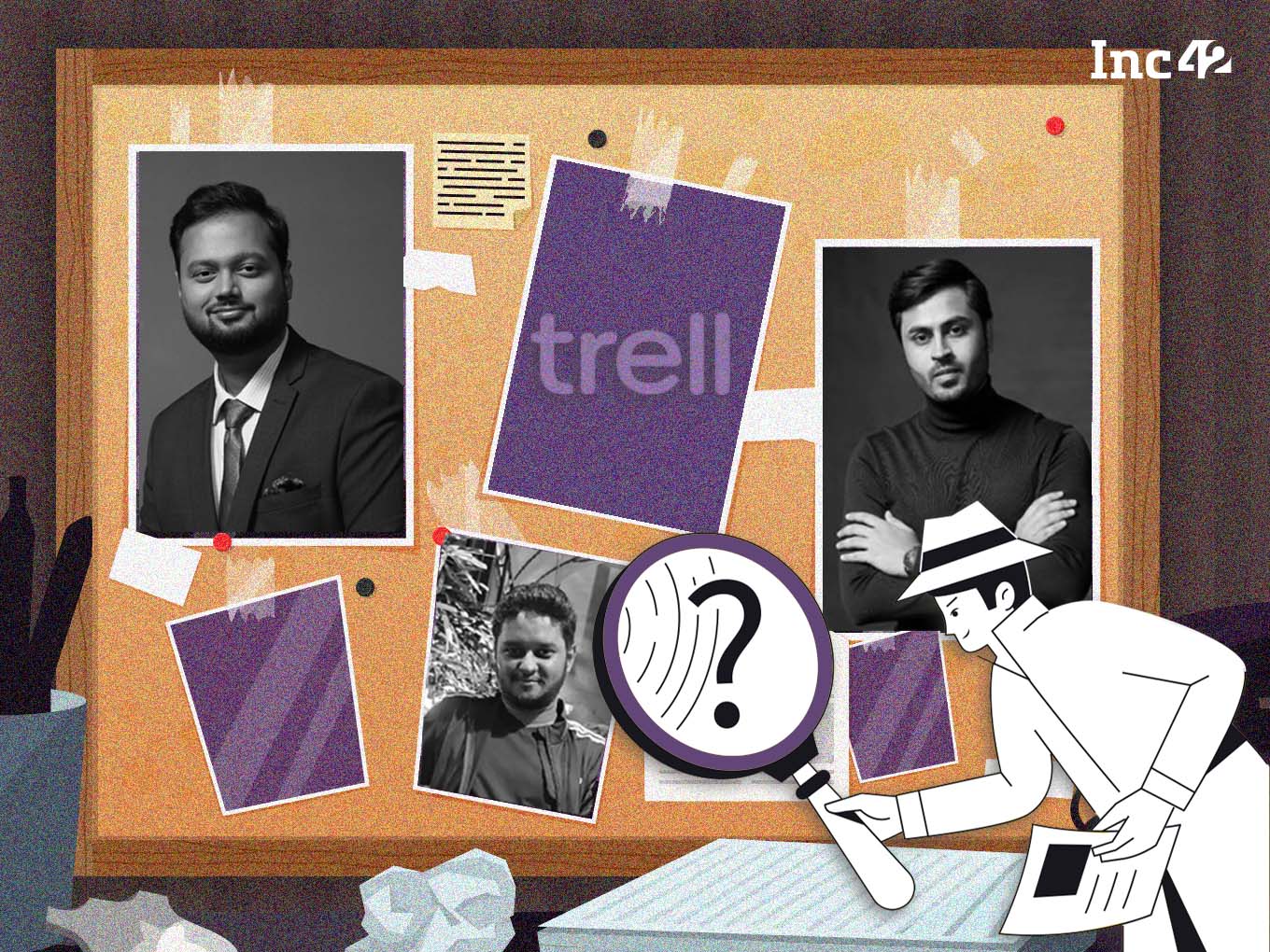 EY India has already submitted an interim report about the irregularities. The board of directors of the six-year-old startup is likely to act accordingly on the matter, the report added

EY India has already submitted an interim report about the irregularities. The board of directors of the six-year-old startup is likely to act accordingly on the matter, the report added.

An Inc42 source confirmed the investigation and further highlighted that this will have an impact on Trell’s ongoing $100 Mn funding round, which has been in news for quite some time now.

The $100 Mn round, supposed to have helped the startup’s valuation inch towards a billion-dollar.

Founded by Agrawal, Rebba, Lodhi and Prashant Sachan (who exited the company in mid-2020), Trell is a social commerce platform. The startup allows users to create content related to beauty or lifestyle products and post it on the platforms. This lets people with similar interests connect on the platform. Users can also purchase the products showcased or reviewed by the content creator on Trell.

In July of 2021, Trell raised $45 Mn in its Series B led by financial group Mirae Asset, H&M Group. The round further saw participation from LB Investments, KTB Network, Samsung Ventures, and China’s Fosun RZ Capital. Prior to that in 2020, just after the ban of one of the largest short video social media platforms TikTok in India by the central government, Trell raised $11.4 Mn in its Series A round led by KTB Network.

“As we have grown rapidly, our first priority is towards ensuring that we continue to work towards building an institution. In order to ensure that our internal systems and processes kept with our progress, we recently conducted a regular review. In light of the findings, the board has taken a decision to focus on a few core initiatives and strengthen our systems/processes before we plan to raise the next round of funding. Unfortunately, this also means that we will have to do some right-sizing within the firm. This can entail some roles getting redundant while there will be new roles that will also be added. We remain deeply committed to our stakeholders and aligned to our vision,” a Trell spokesperson said.

As of now Trell directly competes against the likes of Woovly, another Bengaluru-based social commerce platform. Inc42 last week exclusively reported that Woovly is in talks with B2B logistics platform Shiprocket for a $5 Mn round before raising its $20 Mn round. Trell further competes against now YouTube-acquired Simsim and Facebook’s Instagram. Last week, another social commerce platform CityMall bagged $75 Mn in its new round of funding. The round was led by Norwest Venture Partners, along with Citius VC.

There are other social commerce platforms such as Dealshare, Meesho who have attained unicorn status and are also catering to a much larger product category.

The article has been edited to remove some aspects which Inc42 couldn’t verify independently. We will be updating the same, once we have more clarity.