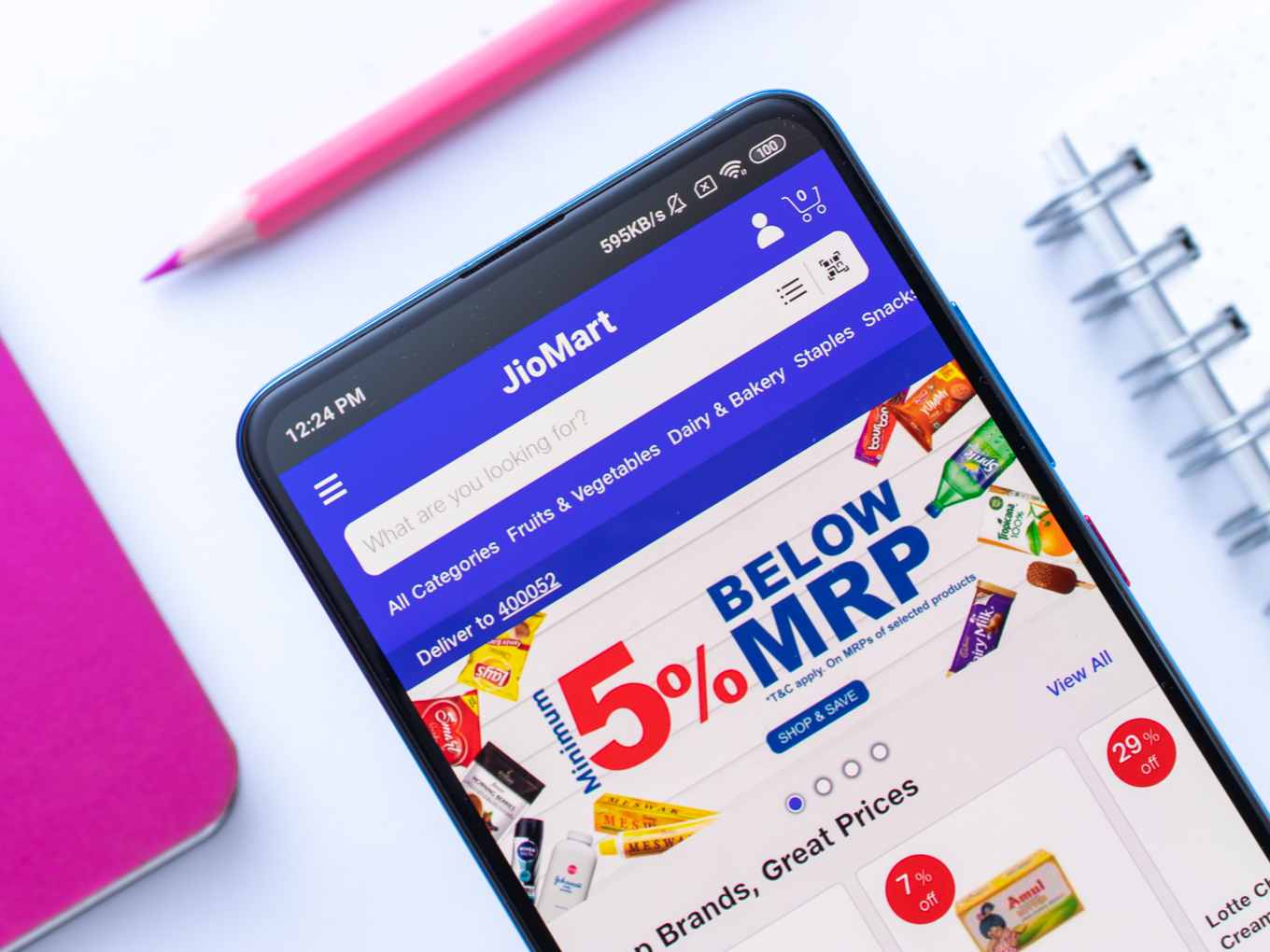 'JioMart Express' is set to sell and deliver around 2,000 stock keeping units (SKUs) in a few hours

Keeping true to the industry expectations, Reliance Retail is set to enter the buzzing instant grocery delivery segment with its JioMart platform.

Two senior industry executives aware of the matter told ET that the company will start its trial in the next 2-4 days in Navi Mumbai for ‘JioMart Express’, which is set to sell and deliver around 2,000 stock keeping units (SKUs) in a few hours.

Apart from its own chain of grocery stores, Reliance Retail is also planning to tap its network of kirana stores, the executives said. By the end of the next quarter, Reliance eyes taking instant grocery sales to more than 200 cities and towns where JioMart is currently operational. It wants to double its reach in the next few months to become India’s largest instant grocer.

Reportedly, the company is testing a separate app for express grocery deliveries and integrating it into the JioMart platform.

“JioMart Express will utilize Dunzo in the markets where it is strong like the metros as well as its own delivery fleet. JioMart Express can be quickly scaled up since Reliance has onboarded lakhs of kiranas under its B2B programme ‘JioMart Partner’ who buys the merchandise from Reliance and sells through the JioMart platform,” an executive said.

However, when contacted, Reliance Retail did not respond to the matter till the time of publishing.

If Reliance Retail forays into this segment of instant grocery delivery, it would compete with startups such as Swiggy’s Instamart, Walmart-owned Flipkart Quick, Zepto, Zomato-funded Blinkit, and Tata-backed BigBasket that is set to launch instant delivery in April.

QCommerce, A Boon Or A Curse?

QCommerce is currently one of the most talked-about topics in the Indian startup ecosystem. Whether in grocery or in food, competition is getting intense by the day with more players in the retail space trying to fulfil customer demands in the blink of an eye.

However, Reliance’s strategy to enter into this segment was quite obvious and understandable proposition. As the company was already taking strategic steps to foray into the segment. In January this year, the retail arm of Reliance acquired a 25.8% stake in Google-backed hyperlocal delivery startup Dunzo. Getting Dunzo in its arm is its long-term objective of serving the quick commerce segment.

According to Bengaluru-based market research firm RedSeer, India’s Qcommerce market is expected to grow 15 times by 2025 reaching a market size of close to $5.5 Bn. In fact, online grocery shopping has become the new normal, especially after the Covid-19 pandemic had made it almost impossible for people to step outside for months.

According to industry insiders, the unequivocal focus on essential goods is the direct outcome of the impact of the pandemic and the trend has been further bolstered by substantial discounts, combo offers, zero delivery charges and extreme convenience, reported Inc42. In fact, during the pandemic days, these services helped millions in the cities to stay safe and yet meet their daily needs.

But right now, once the dark days of the pandemic have subsided in India, roads are once again filled with vehicles and people commuting on a regular basis, the ethical issues pertaining to the booming Qcommerce space is evoking hundreds of questions among users and industry leaders.

Is This A Habit Creation Strategy?

For example, Zomato’s announcement of 10-minute food delivery with Zomato Instant last week set many opinions rolling, especially related to the delivery executives’ safety on road. A member of parliament Karti Chidambaram called it absurd and added that he would pursue the matter in the Parliament.

Zomato founder and CEO Deepinder Goyal has once again maintained during the announcement that Zomato does not put any pressure on delivery partners to deliver food faster, and the delivery partners are not penalised for late deliveries.

Inc 42 investigated the matter and reported that even if Zomato itself does not inform the delivery partners about the expected delivery time, it’s not like these partners only live in Zomato’s world.

They too participate in social media, in discussions with customers and it’s very likely many of them already have heard about Zomato Instant, if not from the media then from customers. So, here the question arises what happens if a customer harasses a delivery partner in case there is any deviation from the ETA that the app shows.

The similar questions grow stronger when one after the other retail giants add their names to the list of instant delivery services.

When all these remain to be seen, it can well be maintained here that like the country has witnessed its ecommerce segment reaching its present stage, QCommerce too may soon become a new consumption habit–thanks to the likes of Reliance, Zomato and Blinkit.