The Changing Face Of D2C

The Changing Face Of D2C 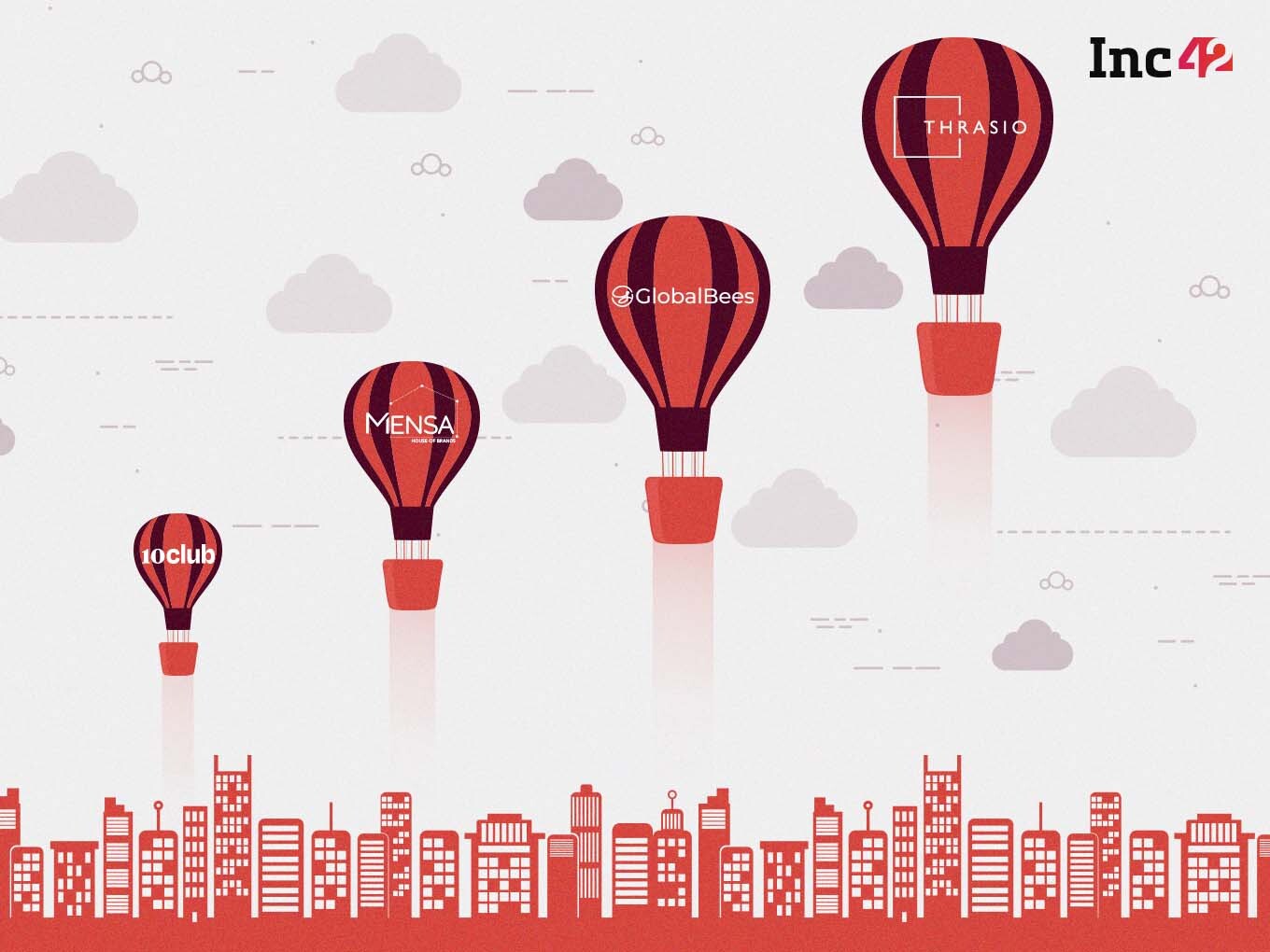 India’s D2C segment showed more signs of maturity, while Paytm’s IPO came under the spotlight this past week

As we move closer to the festive season, one of the most anticipated events is the Paytm IPO.

This past week, Paytm was reported to be looking to bolster its captable with more anchor investors ahead of the public listing and converted stock owned by its employees into shares ready to be sold at the IPO.

Beyond this, the D2C segment saw two more unicorns in the form of Licious and Rebel Foods joining Lenskart, even as ecommerce roll-ups and houses of brands continued their acquisition spree. The ecommerce market is ripe for disruption.

But before we look at that, here are the top two stories that caught our attention.

D2C Platforms On The Rise

We have been saying this for a while. D2C is the future of digital commerce. It’s becoming all the more clear given the hot streak of acquisitions, funding and the entry of global D2C enablers and platforms.

In the first seven months of 2021, Indian D2C startups raised $783.7 Mn — 251% higher than all of 2020 — and the influx of capital has not only resulted in thousands of new brands but also introduced disruptive models such as ecommerce roll-ups, houses of brands and more while giving enablers and digital sellers new opportunities to grow.

Now, Thrasio itself is entering the Indian market with a $500 Mn kitty to take on the Indian startups that are built around the same model, such as Mensa Brands, GlobalBees, 10Club, Upscalio, GOAT Brand Labs, Evenflow, Powerhouse91 among others. Reports in the past week indicated that Thrasio’s first major acquisition in India would be  Delhi NCR-based home appliances startup Lifelong.

Also this past week, Mumbai-based Good Glamm Group, which has transformed into a house of brands from the single platform MyGlamm, acquired D2C mom and baby brand The Moms Co to strengthen its mother and babycare vertical, after acquiring BabyChakra in August.

While the VC interest in such platforms has given them the fuel to acquire brands, another major reason is that D2C products are looking to enter the global market and venture beyond India. Becoming part of a bigger house of brands or an ecommerce roll-up offers a faster ramp for this scale-up.

The feeling is that D2C brands that have the slightest bit of momentum can become a target for acquisitions by such platforms. If not in late 2021, then at least by 2022, such models should become more and more prominent in the market.

However, it remains to be seen whether any new marketplaces emerge from this bunch that may become a competitor for the existing giants.

The ecommerce is changing rapidly in the Indian market — beyond D2C businesses, even online sellers that are disgruntled by marketplace dominance have now become targets of the emerging ecommerce platforms.

The goal is to not only find D2C brands that are already in play but also unearth sellers with unique products that can become viable D2C brands.

So after India’s largest ecommerce conference earlier this year, this past week we launched the 2nd edition of The D2C Summit. With this conference, we are looking to enable India’s D2C businesses and online sellers to scale up, reach new heights with insights, advice and tips from the who’s who of the ecommerce industry.

We have championed the D2C cause since the early days and now these brands and platforms are playing a major role in shaping the digital commerce economy.

Meat delivery startup Licious entered the unicorn club and this was soon followed by Rebel Foods, which is also a D2C player in many ways. Many others — including electronics brand boAt — are certain to join these D2C companies in the higher echelons of the Indian startup ecosystem in the months to come.

BYJU’S continued to gobble up funds and raised INR 2,200 Cr from Oxshott Ventures and others as part of its ongoing $1 Bn funding round. This fresh infusion comes a few weeks after BYJU’s mopped up $150 Mn in an investment round led by Asmaan Ventures and ARK Ncore at a $16.8 Bn valuation.

Overall, the Indian startup ecosystem reported total funding of about $1.3 Bn across 42 deals and 17 acquisitions in the past week. 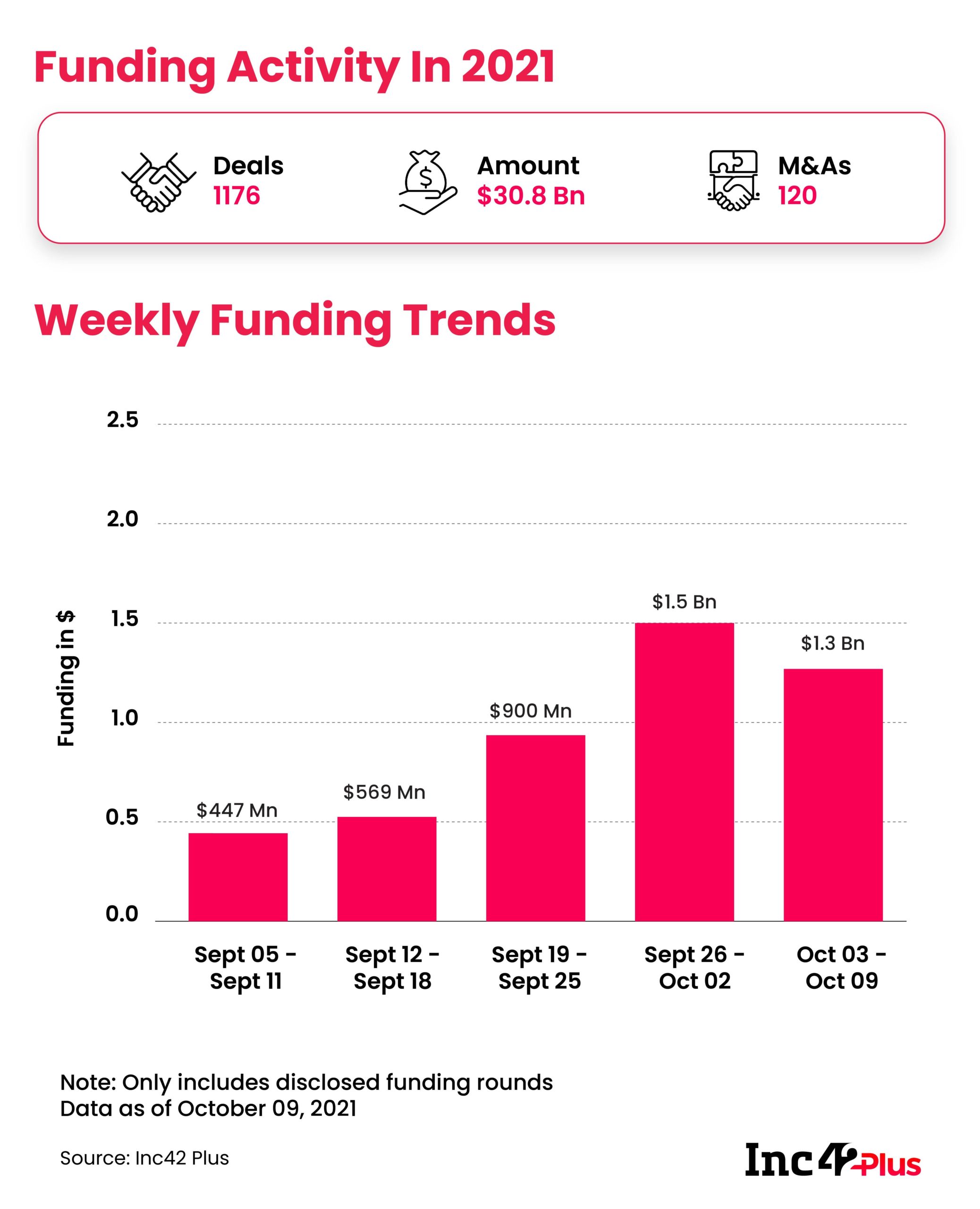 Fintech unicorn Paytm, currently valued at $16 Bn, the second-highest valuation for startups in India, is inching closer to its pre-Diwali IPO. This week, Paytm allotted a total of 18,49,191 equity shares to 120 of its employees after ESOP conversion.

The startup is also in talks with multiple sovereign wealth funds and financial investors to consider bidding as anchor investors. Meanwhile, it is also awaiting approval from SEBI to raise up to INR 2,000 Cr in pre-IPO funding from investors.

The startup is eyeing a post-IPO valuation of $25 Bn – $30 Bn but valuation guru Aswath Damodaran said the startup’s post-IPO valuation should ideally be at $20 Bn. “This is the type of stock that you would put 5% or perhaps 10% of your portfolio in, not 25% or 40%,” he added.

While IPO-bound Paytm awaits SEBI’s approval for pre-IPO placement, fintech giant MobiKwik has received the go-ahead for its INR 1,900 Cr IPO. Post the approval, the share price of MobiKwik in the unlisted market soared around 9% on Friday — trading around INR 1,200 apiece, up from INR 1,100 on Thursday.

In the fintech ecosystem, another startup, Fino Payments Bank is confident of taking on the likes of Paytm in the market, even without the same array of services as Paytm. The startup claims to have turned profitable in FY21 and has now received SEBI nod for its INR 1,300 Cr IPO.

Unlike Fino, Paytm is yet to turn profitable, even though the company has improved its unit economics in the past year.

Fino said it is confident that through greater cross-selling of financial products, it can continue to raise its margins and enhance offerings for its merchant partners.

This past week, we exclusively reported that logistics unicorn Delhivery, which is aiming for a $1 Bn IPO in FY22, has converted into a public company with shareholders’ approval, a mandatory step for a company which wants to list on the stock exchange. 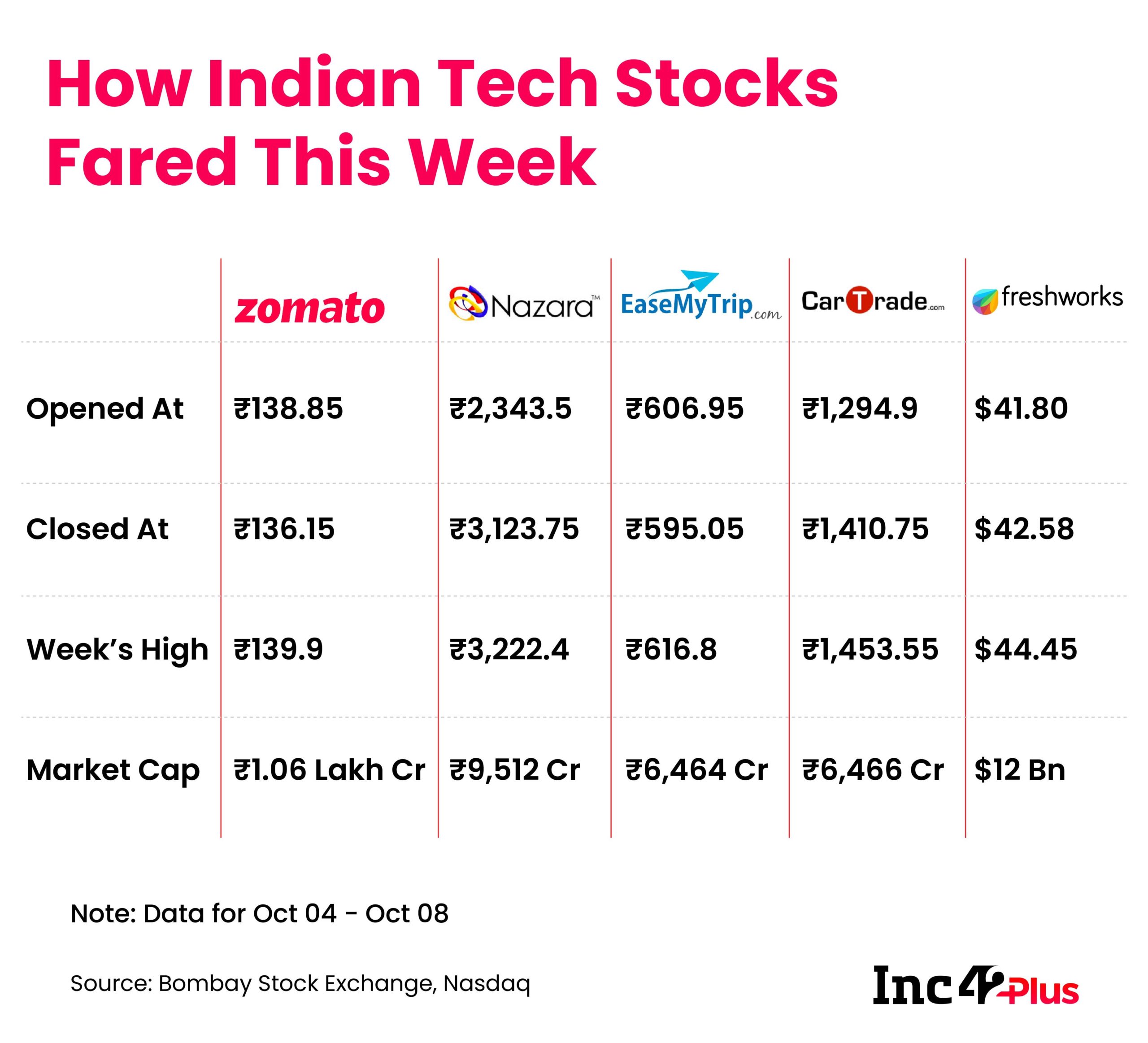 With the entry of Rebel Foods, the Indian market has seen 30 unicorns in 2021. D2C meat startup Licious entered the unicorn club this past week and will be expanding to retail sales with company-owned outlets from December this year.

CoinSwitch Kuber became the second crypto unicorn with a $260 Mn round that saw a16z investing in an Indian company for the first time. While Rebel Foods is gunning for an IPO after its unicorn round and is set on expanding to more international markets in the next few months. 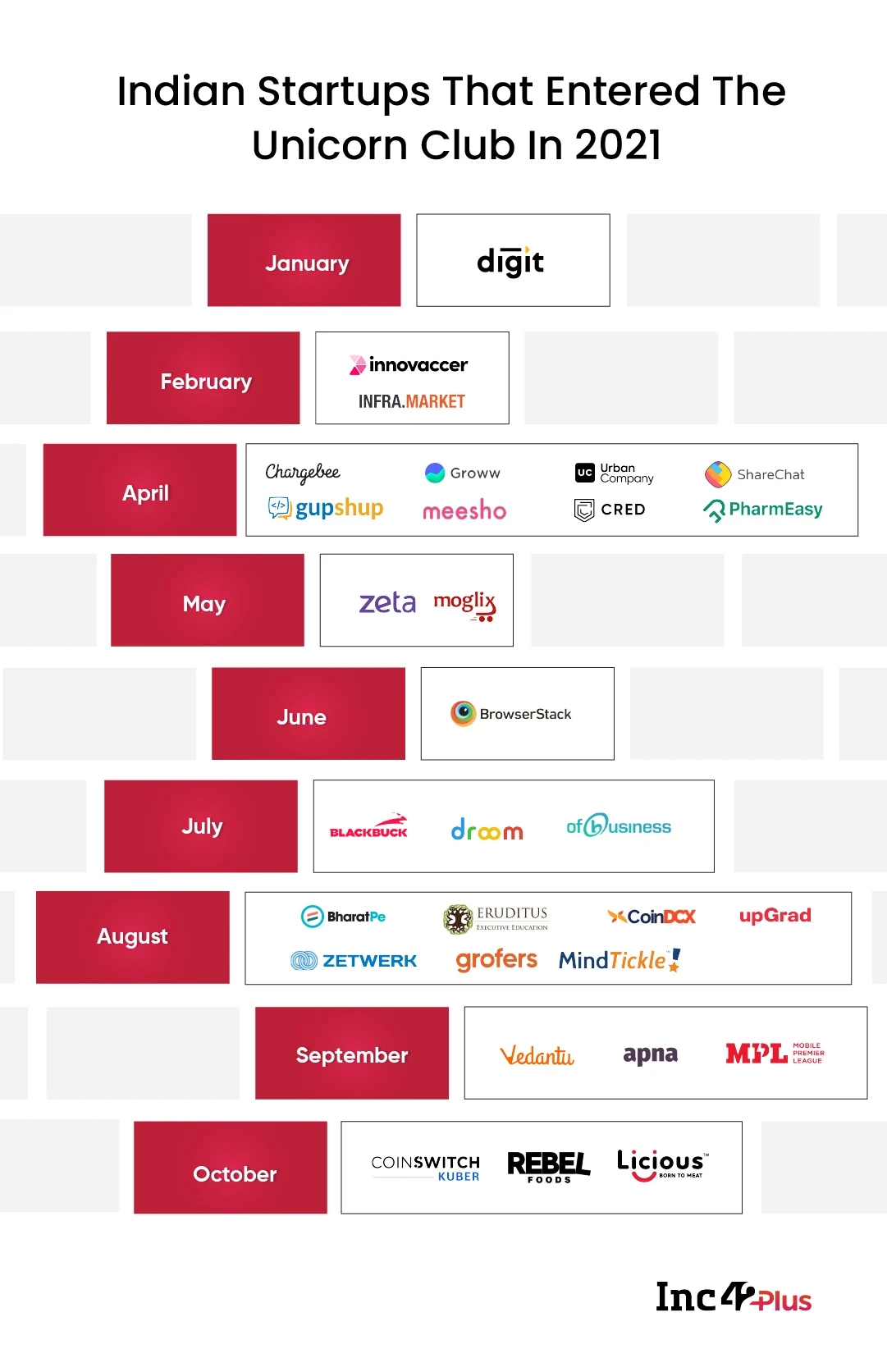 Finally, here’s a look at the other major stories and developments from the week that went by