The one-stop portal called ‘TataNeu’ will offer hotel bookings, electronics and grocery shopping and e-pharmacy, among others

As previously reported, TataNeu super app is set for launch in early 2022

Apart from Tata, giants like Amazon, Flipkart, Reliance, Adani Group and Paytm are gearing to compete in the super app race 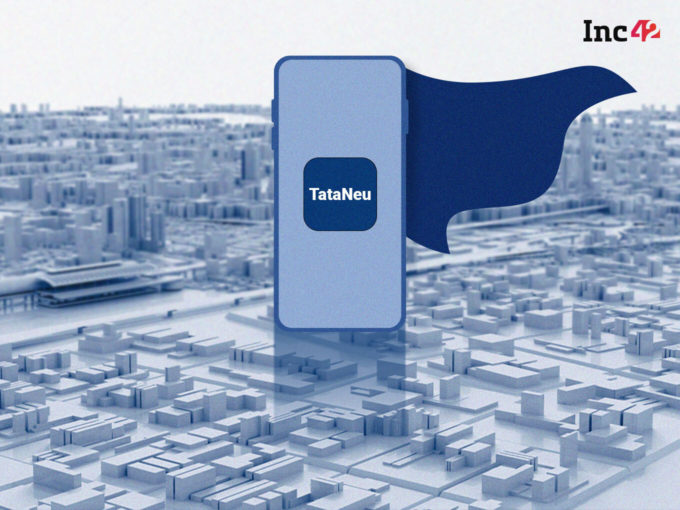 Tata Digital Super App is set to see the light of the day soon. The one-stop portal, which will offer hotel bookings, electronics and grocery shopping and e-pharmacy, among others, which is set to launch in early 2022, reportedly has a name — TataNeu.

Reports suggest that the “super app” may have received its name from BlackBerry founder Mike Lazaridis back in 2010 who defined the term as “a closed ecosystem of many apps that people would use every day because they offer such a seamless, integrated, contextualized and efficient experience.”

Popularised by Chinese platform Alibaba, many startups and tech conglomerates are gearing the competition. In India, Amazon, Flipkart and Reliance are in the lead of the Super App race, while Paytm’s also announced its entry into the segment with its product WealthBasket on the Paytm Money app. In addition, conglomerate Adani’s Adani Digital Labs also has an application underway to compete with Reliance Jio’s super application.

Previously, Tata’s super app had been test-launched within a closed user group in Bengaluru and now, ahead of the launch, 700K Tata employees will be testing the app, accessible by all employees in phases over the next few months. Users will also be able to earn loyalty points through the use of the super app TataNeu, where one point would equal one rupee, redeemable on purchases from any of Tata’s brands.

Tata Digital, which claims to have over 400 Mn users across its digital verticals, was slated to roll out the super app in late September. It was then put on hold as the company sought clarity over the new ecommerce rules as well as the possibility of revised consumer protection rules. The group has now decided to go ahead with the launch irrespective of revised ecommerce guidelines and consumer protection rules.

Further, Tata is also reportedly venturing into the beauty and cosmetics marketplace, being hosted on the super application, which will include business verticals such as grocery, pharmaceuticals, education, finance, and hotel bookings. In a run-up to its super app ambition, Tata Digital has also appointed Modan Saha as CEO – Financial Services for the Tata subsidiary.

Saha has been with Tata Group for over 4 years leading group strategy, business incubation, corporate strategy and transformation initiatives of Tata Group companies including the set up of Tata Digital.