Fashion emerged as the most attractive category for D2C investors, with 65 unique brands raising $1.1 Bn 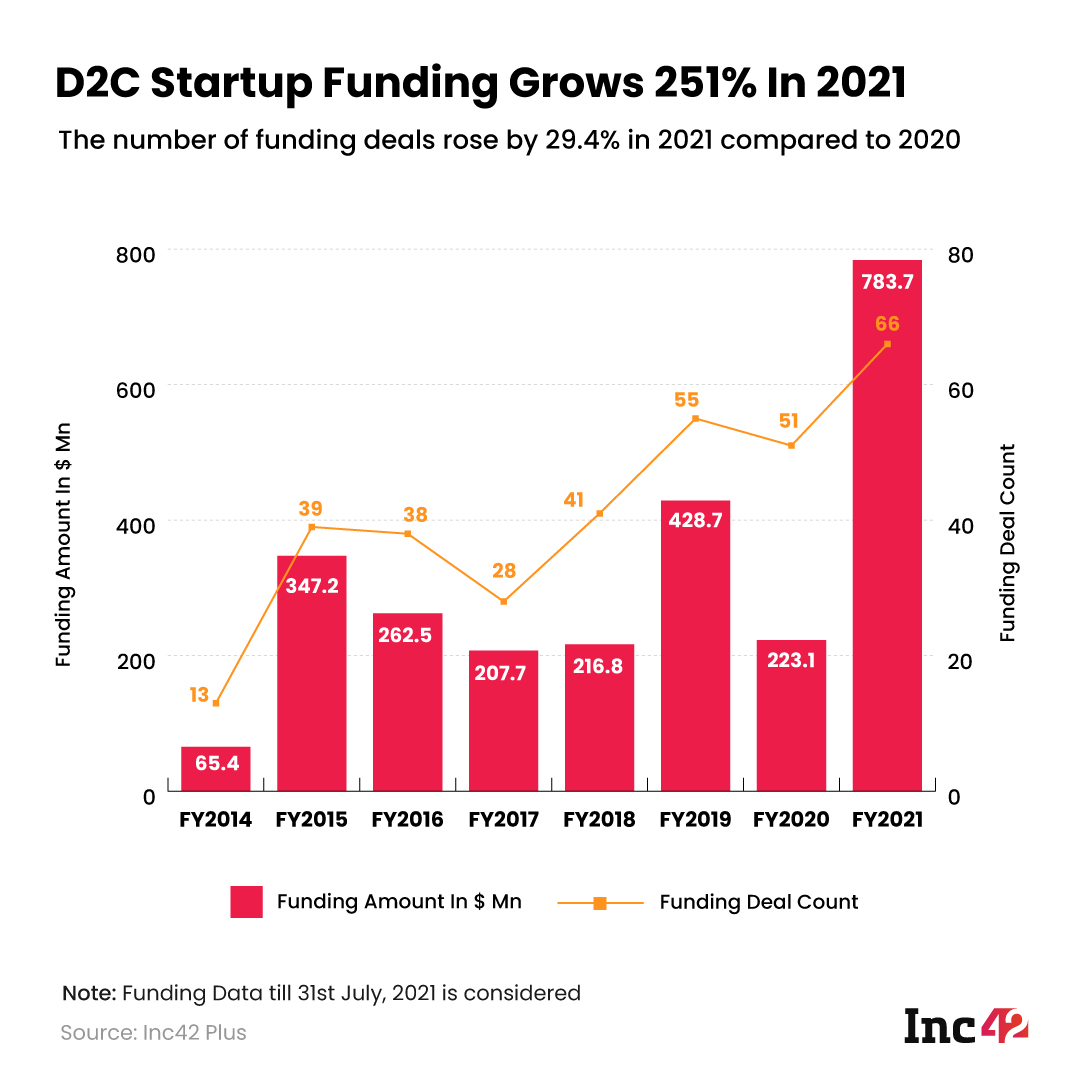 The D2C segment has seen startups and brands in key ecommerce categories— fashion, home decor, consumer electronics, FMCG among others (handicraft goods, kitchenware, lifestyle accessories). Among these, there’s little doubt that fashion is the most lucrative category for D2C brands not only from the perspective of the consumer base but also funding opportunities.

Further, fashion is not a winner-takes-all market due to the various segments and the fragmented nature of the consumer base, giving room for both small, niche and large players to exist.

Fashion brands have secured the most funding ($1.1 Bn) among Indian D2C startups, with 65 unique fashion startups drawing in investments from 2014 to July 2021. Out of the total funding, $336.5 Mn was raised by D2C fashion startups in 2021 alone, till July. Lenskart was a major contributor, having raised $315 Mn across two deals in 2021. 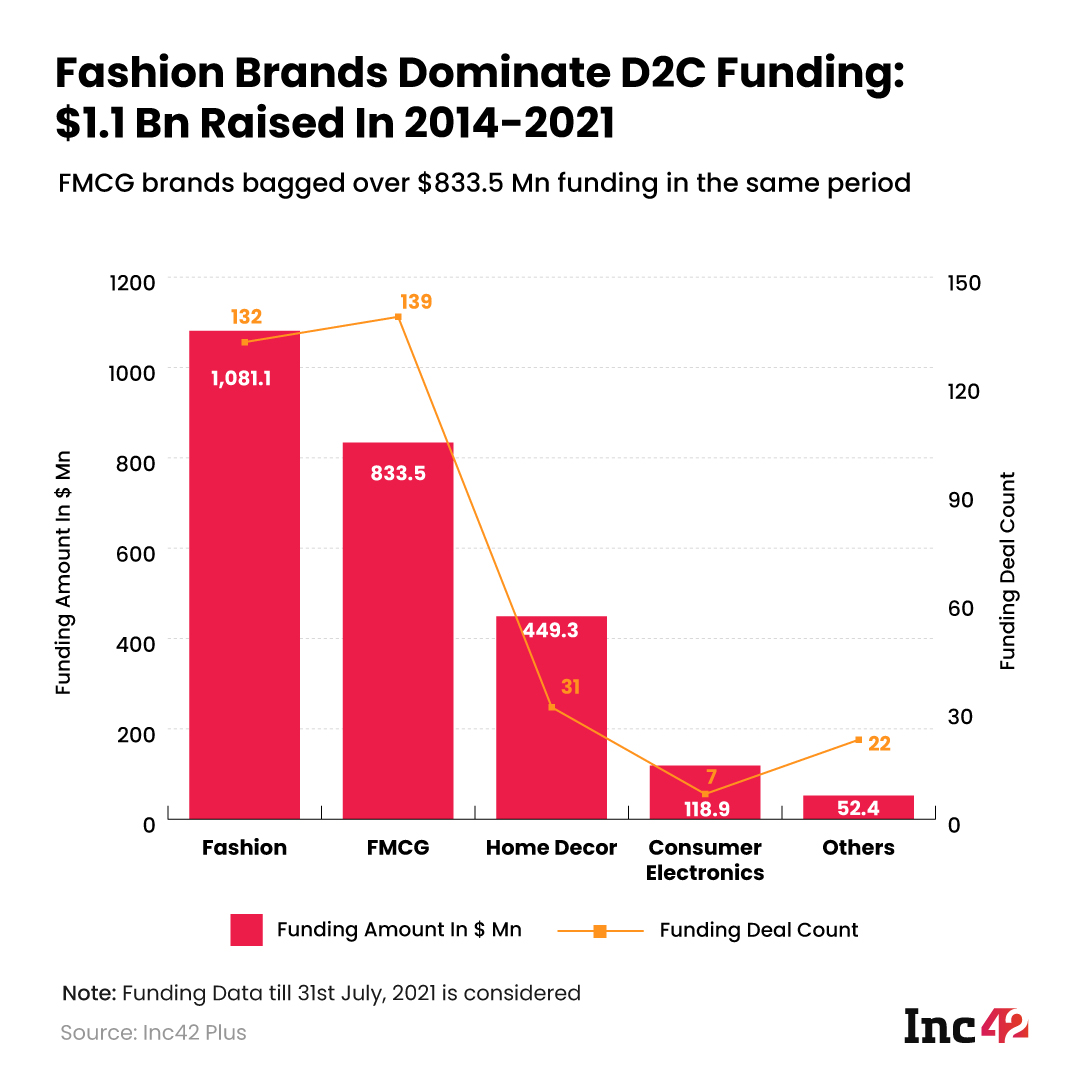 Delhi NCR-based D2C startups dominated the funding landscape, raising $931 Mn across 106 funding deals from 2014 to July 2021. Lenskart, Mamaearth, Wingreens and Clovia are some of the major D2C startups based in Delhi NCR that raised funding in this period. 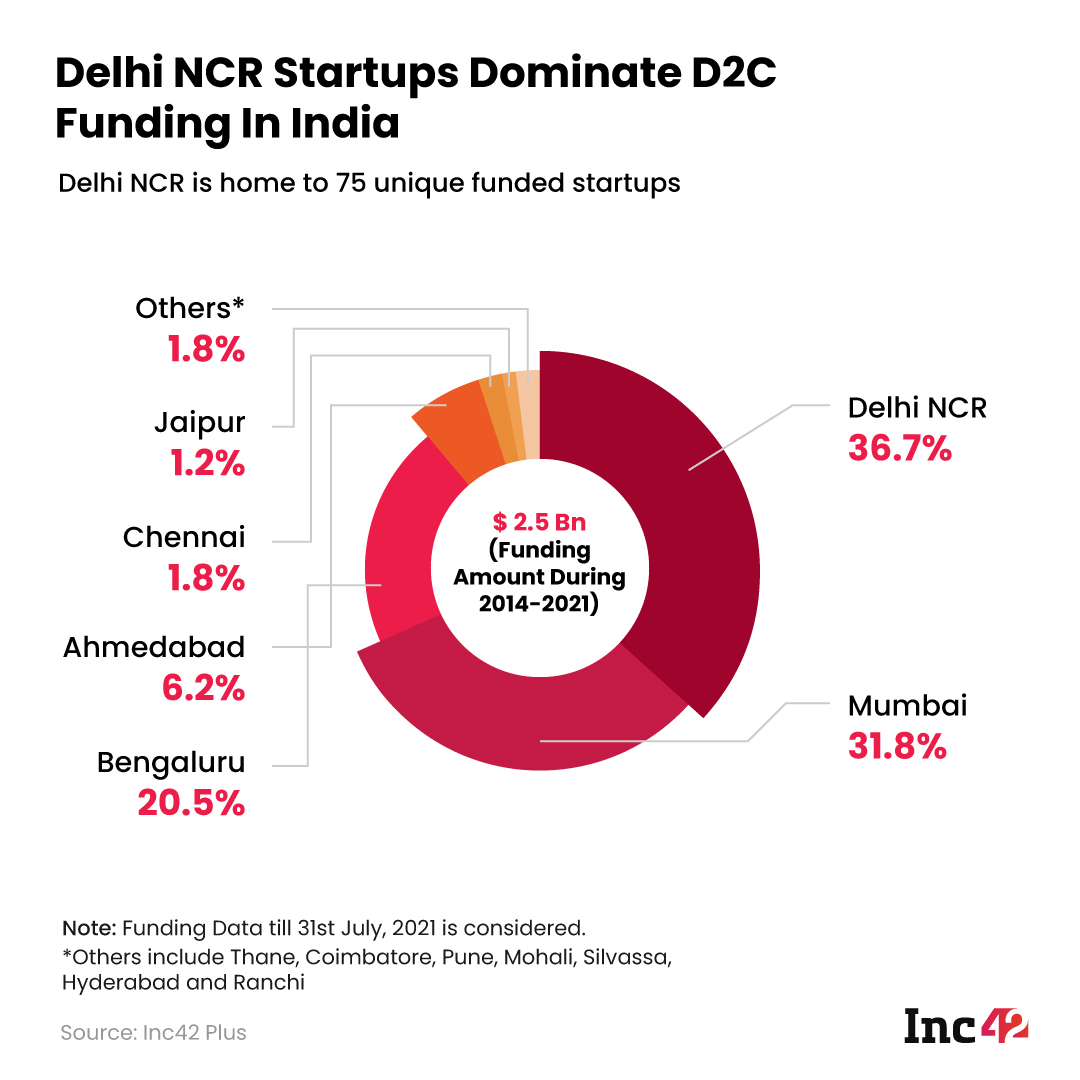 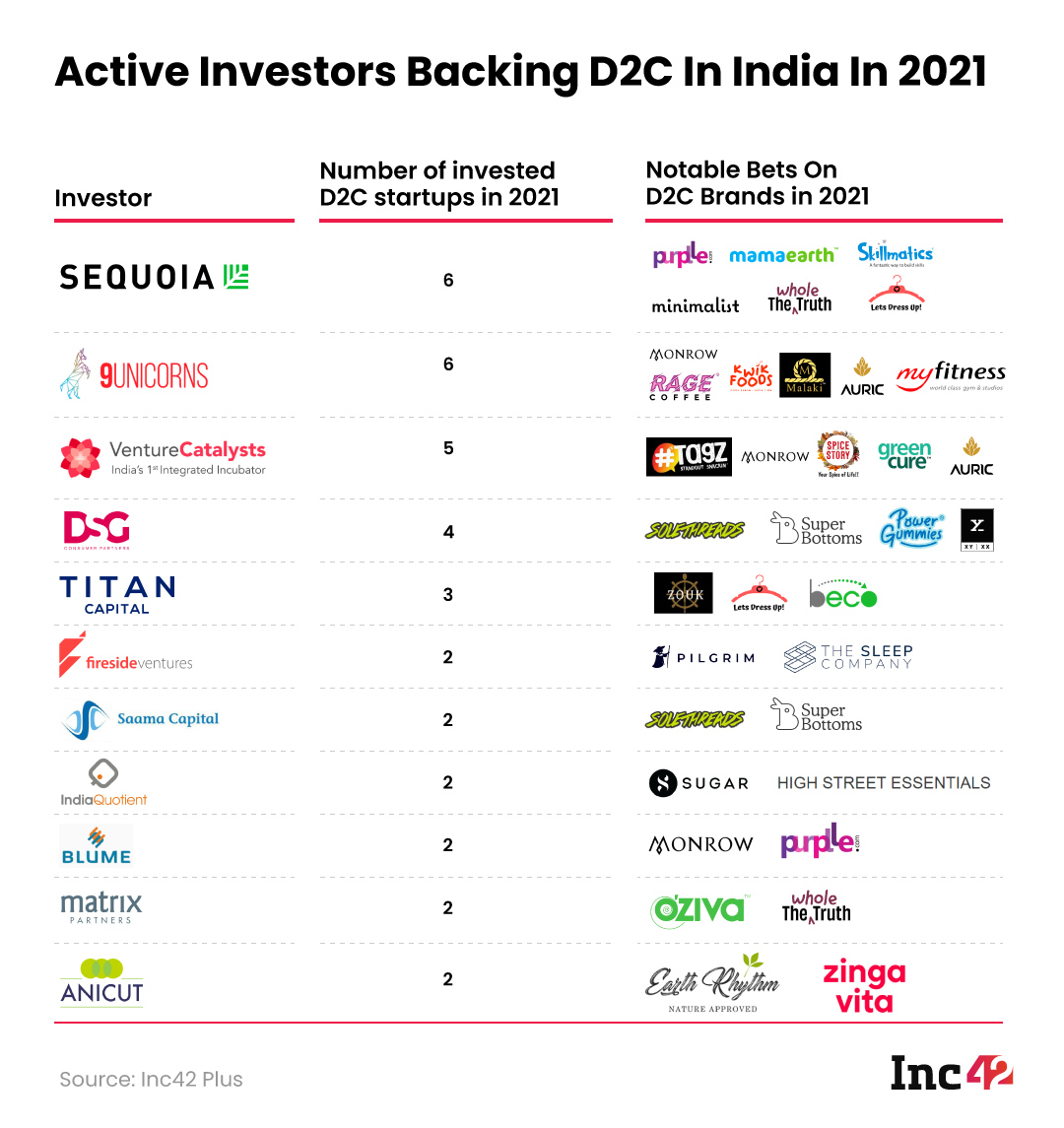