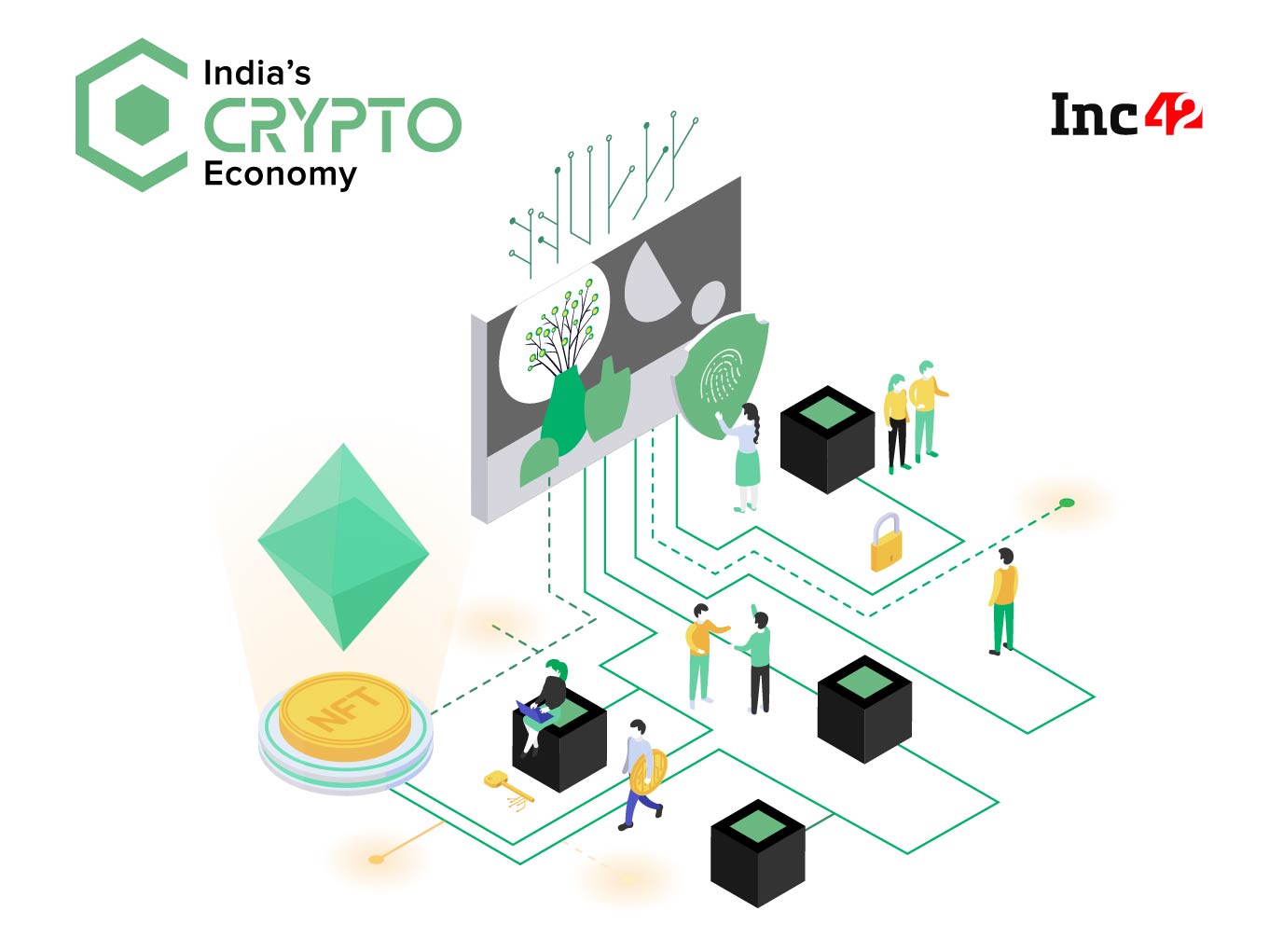 While Indian creators and collectors have been active on global NFT marketplaces, numerous homegrown platforms are now coming up to meet local demand

It was a eureka moment for the creator economy when Metakovan, aka Vignesh Sundaresan, acquired Beeple’s Everydays: The First 5000 Days at a Christie’s auction in March for a whopping $69.3 Mn.

The collage of 5,000 digital images, created by graphic designer Mike Winkelmann (aka Beeple), was the most expensive NFT-based artwork ever sold by a major auction house.

The record-breaking deal put the spotlight on NFTs (unique digital assets) and brought them to the centre of the crypto evolution. India, too, had its moment in the sun. In fact, that was a key reason why Metakovan purchased this piece of digital art.

In his blog post, the pseudonymous crypto entrepreneur said, “The point was to show Indians and people of colour that they too could be patrons, that crypto was an equalizing power between the West and the Rest, and that the global south was rising.”

On June 1, 2021, India’s leading crypto exchange WazirX launched the country’s first NFT marketplace. Since then, as many as 12 NFT marketplaces have either come up or are planning to launch by year end.

The recent developments have provided a much-needed fillip to the creator economy. Better still, NFTs are fast bridging the gap between our physical reality and the widely anticipated metaverse. 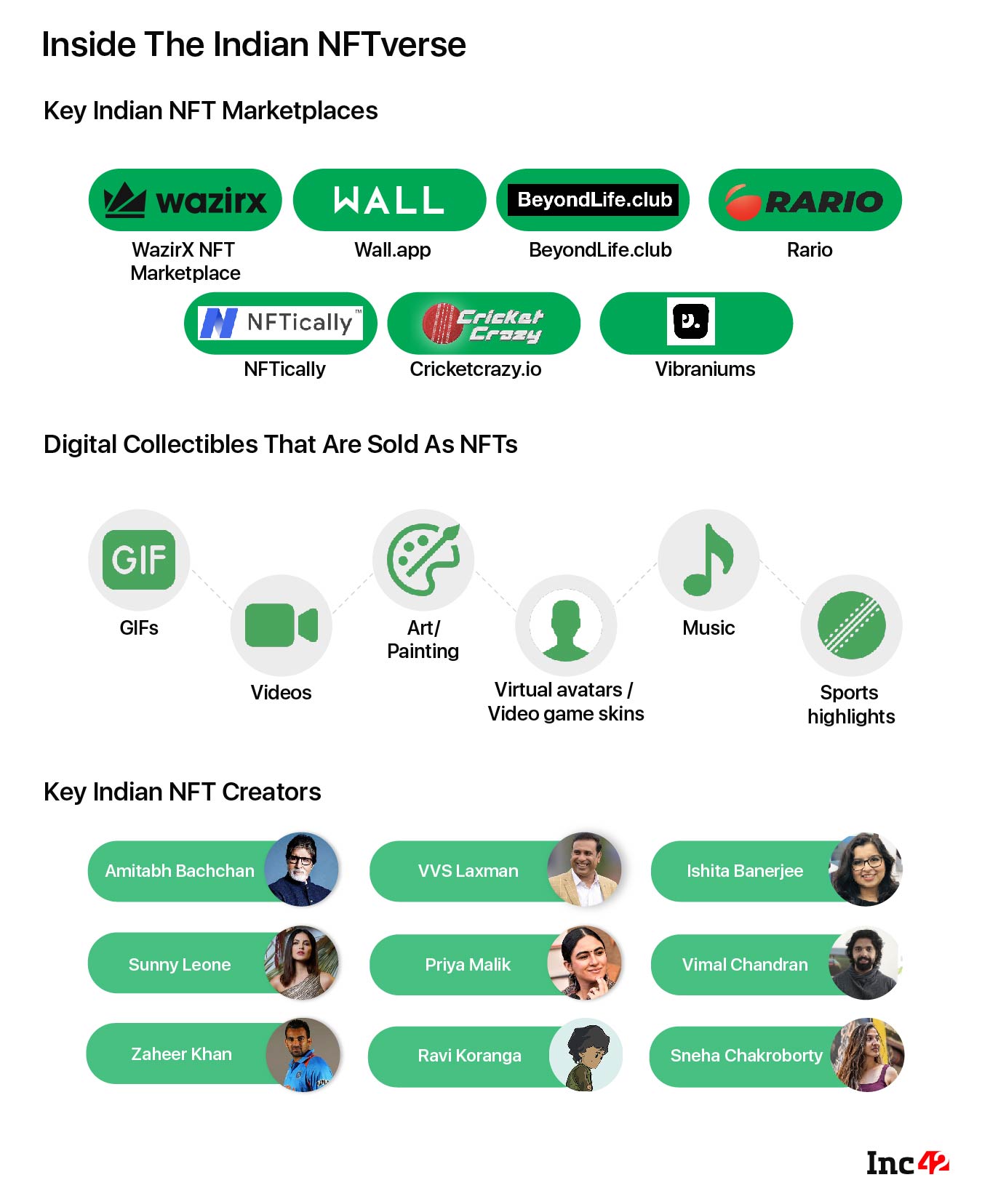 According to Nischal Shetty, the founder and CEO of WazirX NFT marketplace, the Indian NFT market is still nascent.

“We have seen great interest and participation from creators across various segments. We have also seen artists and creators become collectors, a reflection of the new mindset of looking at NFTs as an asset that appreciates,” he said.

Currently, the marketplace has a waitlist of almost 20,000 applicants who are keen to register, the founder claimed. “Creator profiles vary from 50-year-old senior cartoonists to 12-year-old Gen Alpha enthusiasts. From music, art and fashion lovers to gamers and YouTubers, everyone is keen to explore NFTs,” added Shetty.

The big names from the world of art are also entering the NFT space. For popular cartoonists like Satish Acharya or miniature artists like Suvigya Sharma — his creations are collected by PM Narendra Modi, the Ambanis, the Birlas, the Piramals and celebs like Justin Bieber, Sachin Tendulkar and others — it is a new platform to sell their work.

Indian creators have been attracted to the NFT platforms for a couple of reasons. They want to retain the authenticity and the pricing intact. Indeed, a tough task when the internet is filled with very believable knockoffs and people spend a considerable amount buying fake products.

But it is not the money alone or the validation factor that draws people. Speaking at The Crypto Summit by Inc42 Plus, content creator Raj Shamani said initially it was the money that caught his attention. However, it is the NFTs’ capability of building communities that matter most.

In an industry-first move, Inc42 also airdropped custom NFTs for the 50+ speakers of The Crypto Summit 2021 as a digital souvenir for their support in fostering the adoption of crypto & blockchain in India’s tech, startup & developer communities.

All in all, the future of NFT marketplaces is bound to be quite exciting. As Shetty of WazirX put it, “The next two quarters should see us expand and have other partnerships like we had with the Lakmé  Fashion Week. It is important for us to get wider inroads and create mass awareness regarding the advantages of blockchain, crypto and NFTs.” 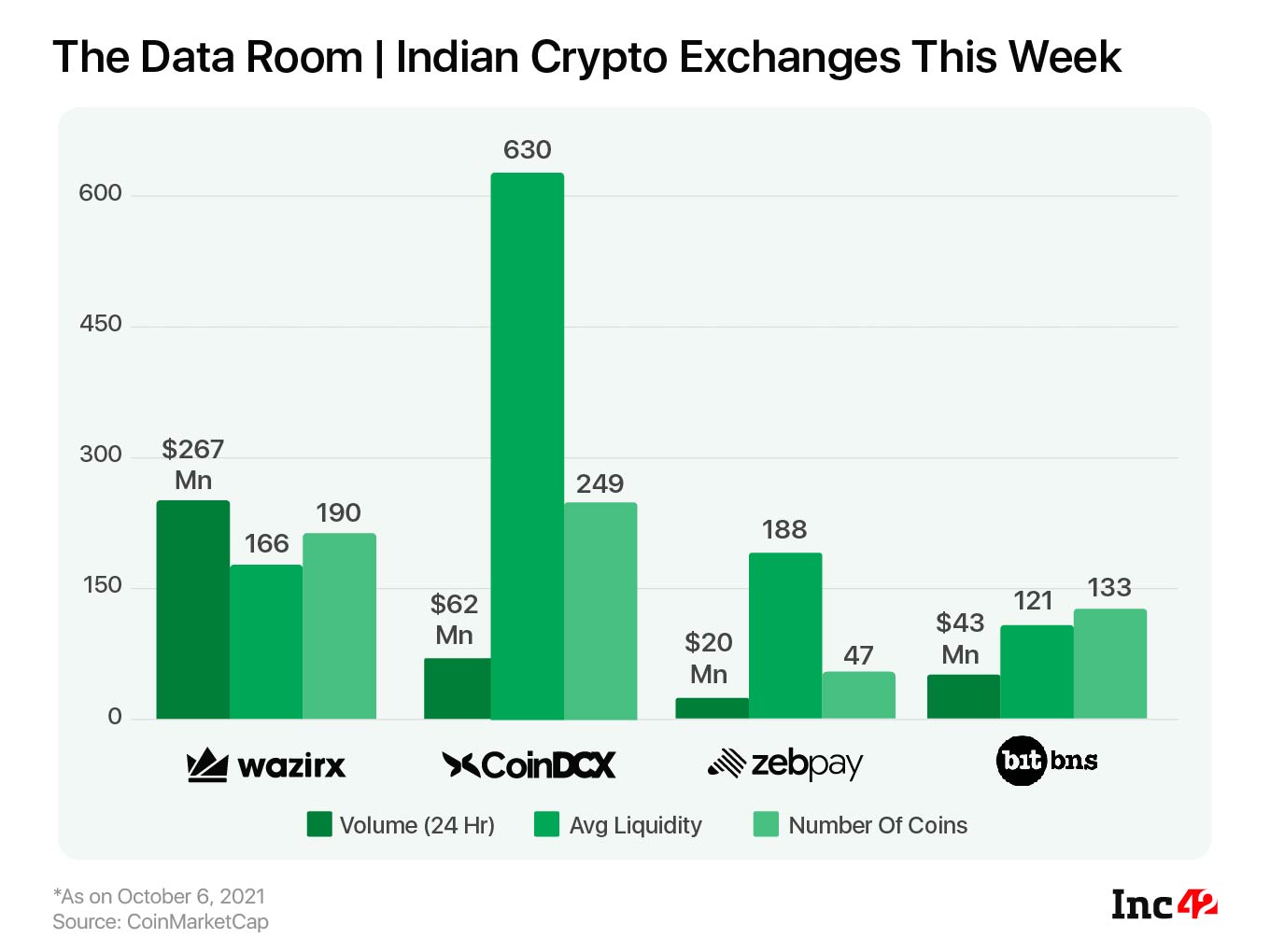 NFTs help trace original works of art, their creators and their real owners, but there are certain downsides. Just like cryptos, NFTs are also getting riddled with scams.

A few days ago, an anonymous developer known as Evil Ape, who promised to launch the much-hyped game titled Evolved Ape: Fighting for survival, disappeared after siphoning $2.7 Mn from an initial public sale of its NFTs.

Scams apart, a section of the Twitterati are also questioning the meaning of ownership in the digital space.

Pandora Papers And Bitcoin: Pandora Papers have rocked the world, and the data unearthed this time is more overwhelming. The project involved 600 journalists from 150 media outlets located in 117 countries, revealing $11.3 Tn in offshore wealth.

A total of 11.9 Mn files were leaked, amounting to 2.94 terabytes of data. Panama Papers are history now, but how is this new exposé going to impact the world economy and the socio-political scenario? Tune in to listen to this podcast by Coindesk.

The Future Of NFTs: Non-fungible tokens are available in numerous forms. In this article, Alex Tapscott, MD of Ninepoint Digital Assets Group, discusses the different forms of NFTs and their future.

After CoinDCX, CoinSwitch Kuber entered the unicorn club with the tag of the most valuable crypto company in India. The crypto exchange was valued at $1.9 Bn after raising $260 Mn in Series C funding from Andreessen Horowitz (a16z), Coinbase Ventures and existing investors Paradigm, Ribbit Capital, Sequoia Capital India and Tiger Global.

The funding will be used to onboard 50 Mn Indian investors, acquire new talent, including leaders and experts across engineering, product, data and other segments, add new asset classes and prepare for a bunch of future projects.

As quite a few exchanges face difficulties accepting UPI payments for crypto investments, Bengaluru-based Unocoin has introduced INR deposits via UPI wallets. This will ensure quicker and easy top-ups and minimum transactional costs for buying 40+ cryptocurrencies on the platform.

CoinDCX Ropes In Big B

Crypto exchange CoinDCX named Bollywood megastar Amitabh Bachchan as its first-ever brand ambassador. With Big B on board, the platform hopes to raise public awareness regarding crypto and attract more users.

Blockchain Accelerator NEAR Announces Winners Of Its Three-Month Programme

India’s first blockchain accelerator programme NEAR announced ArGo Protocol, MotoDB and MooPay as the winners of its three-month programme. These companies will receive grant funding, networking opportunities and go-to-market support. The programme will also provide additional grants and support for the runners-up as part of the broader ecosystem development.

Bitcoin crossed $50K, yet again. But for Jamie Dimon, chairman and CEO of JPMorgan Chase, “it’s a little bit of fool’s gold”. In an interview with Axios, he said, “It’s got no intrinsic value. And regulators are going to regulate the hell out of it.”

“You can call it a security or an asset or something like that, but if people are using it for tax avoidance and sex trafficking and ransomware, it’s going to be regulated, whether you like it or not,” said Dimon.

He has been infamous for passing such remarks on bitcoin. However, when several countries like China, India, Russia and the US launch their respective CBDCs, will crypto valuations as securities or an asset class go down?

Do write to us at [email protected], and let us know what you think of it.