The price of unlisted shares of IPO-bound Paytm has recorded a 7% jump and are trading at INR 3,050 from INR 2,850 per share a week ago 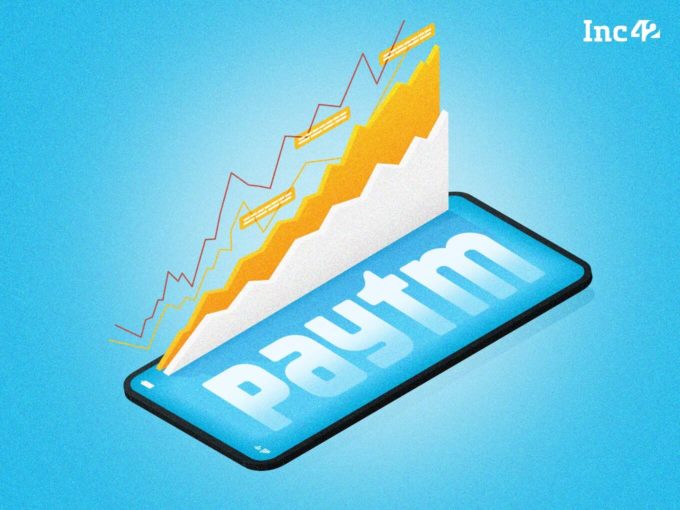 The price of unlisted shares of IPO-bound Paytm has recorded a 7% jump and are trading at INR 3,050 from INR 2,850 per share a week ago.

Paytm’s unlisted shares had risen to its high of INR 3,050 earlier in August, following which it declined last month.

Analysts said that investor sentiments have been bullish on Paytm, given the recent interest shown by retail investors towards tech-backed startups going public starting with the bumper listing of Zomato.

However, concerns regarding the eventual valuation of Paytm persist, said Manan Doshi, adding that if the anticipated valuation of $20 Bn – $24 Bn by experts is to go by, the current shares prices may well be overvalued.

The fintech giant which still awaits market regulator’s approval for INR 16,600 Cr IPO, has been valued at $20 Bn by valuation guru Aswath Damodaran.

The valuation estimate by Damodaran, who is a Professor of Finance at the Stern School of Business, New York comes as a downgrade for One97 Communications, the parent company of Paytm as it is looking at a valuation of $25 Bn – $30 Bn with its proposed initial public offering (IPO).

Paytm parent One97 Communications is currently valued at $16 Bn.

Speaking to Inc42, Sandeep Ginodia, CEO of Altius Investech, noted that there is active trading in the unlisted shares of the fintech giant, but he also expressed reservations on the share price and valuations given that the company has been running into losses.

As per the website of the Securities and Exchange Board of India (SEBI), the processing status of Paytm’s filing is still under process.

Paytm And The ESOPs Saga

Paytm’s draft IPO prospectus showed that the weighted average share price of ESOPs during the year ended March 31, 2021 was INR 10,706.93 per share.

Earlier the startup had also allotted equity shares upon ESOP conversation to around 200 of its former and current employees.

Paytm’s competitor MobiKwik which filed its DRHP around the same time, also, awaits SEBI’s nod for its INR 1,900  Cr IPO. Another fintech startup, Fino Payments Bank, on the other hand, has received the security market regulator’s approval for its INR 1,300 Cr IPO, as per the latest update on the SEBI website.