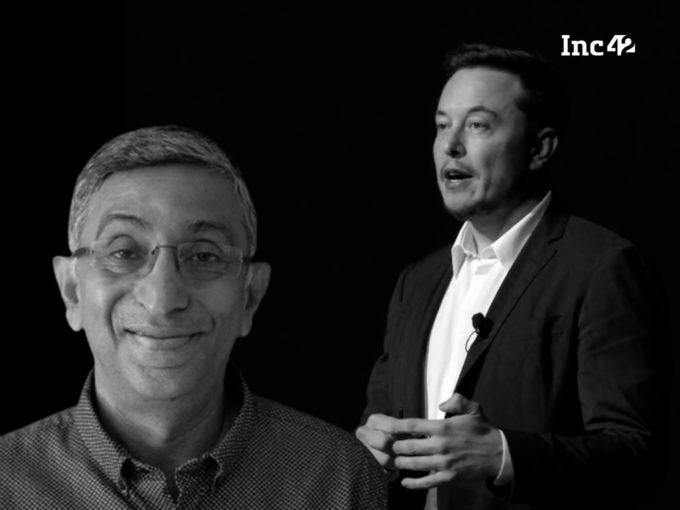 As Elon Musk aims to provide cheaper internet services to more and more parts of the world, his aerospace company SpaceX has appointed former Paypal executive Sanjay Bhargava as country director of India for its satellite-based internet service Starlink.

Bhargava took to social networking platform Linkedin to share the news.He wrote that he will be joining Musk’s aerospace company SpaceX, which looks after the Starlink project.

He said, “Super excited to join Space X effective Oct 1, 2021 as Starlink Country Director India. Had worked with Elon Musk on the PayPal founding team. Have been in India since 2004 and Starlink and I share a common passion for supporting a transformed India starting with Rural India.”

Bhargava, an IIT Mumbai graduate with a degree from IIM-Ahmedabad, worked with Musk in his digital payments company Paypal as vice president between 1999 and 2001. Paypal was sold to eBay in 2002. Since then, Bhargava has held multiple positions in different companies. He built Bharosa Club, a financial advisory firm that enabled micro investments in mutual funds with menial cost.

Bhargava further said that SpaceX will not be hiring anyone for Starlink until it gets government’s approval to test a pilot project. He said till the time Starlink gets approval from the government, it can only hire an admin assistant in India.

Earlier this month, Musk who often tweets about the development of his companies said that SpaceX wants to launch its internet services in India and is waiting for regulatory approval from the government authorities.

SpaceX began satellite launches in November 2019 and opened its $99 per month Starlink beta programme for selected customers a year later.

Starlink is at present delivering initial beta services to both the domestic and international market it is present in. The speed of the internet connection for Starlink users varies from 50 Mbps to 150 Mbps and the latency speed is from 20ms to 40ms in most of the locations. Starlink’s website claimed that its users might even face no internet connection for brief periods of time.

Starlink said it will launch around 30,000 Starlink satellites into orbit and expand its user pool. This will further improve the internet speed along with latency and uptime speed. Starlink’s programme is at present available in 14 regions including Australia, Chile, UK, the US, and others.

Meanwhile, Musk’s Tesla has asked the Indian government to slash import duties on fully imported EV vehicles. As per media reports, the government has asked Tesla to first manufacture its vehicle in India and then it might consider slashing the import duties.

India at present imposes 100% import duty on fully imported cars with CIF value of more than $40,000 and 60% on cars whose CIF value is less than the amount.