Zomato and Swiggy delists a number of restaurants amid FSSAI audit 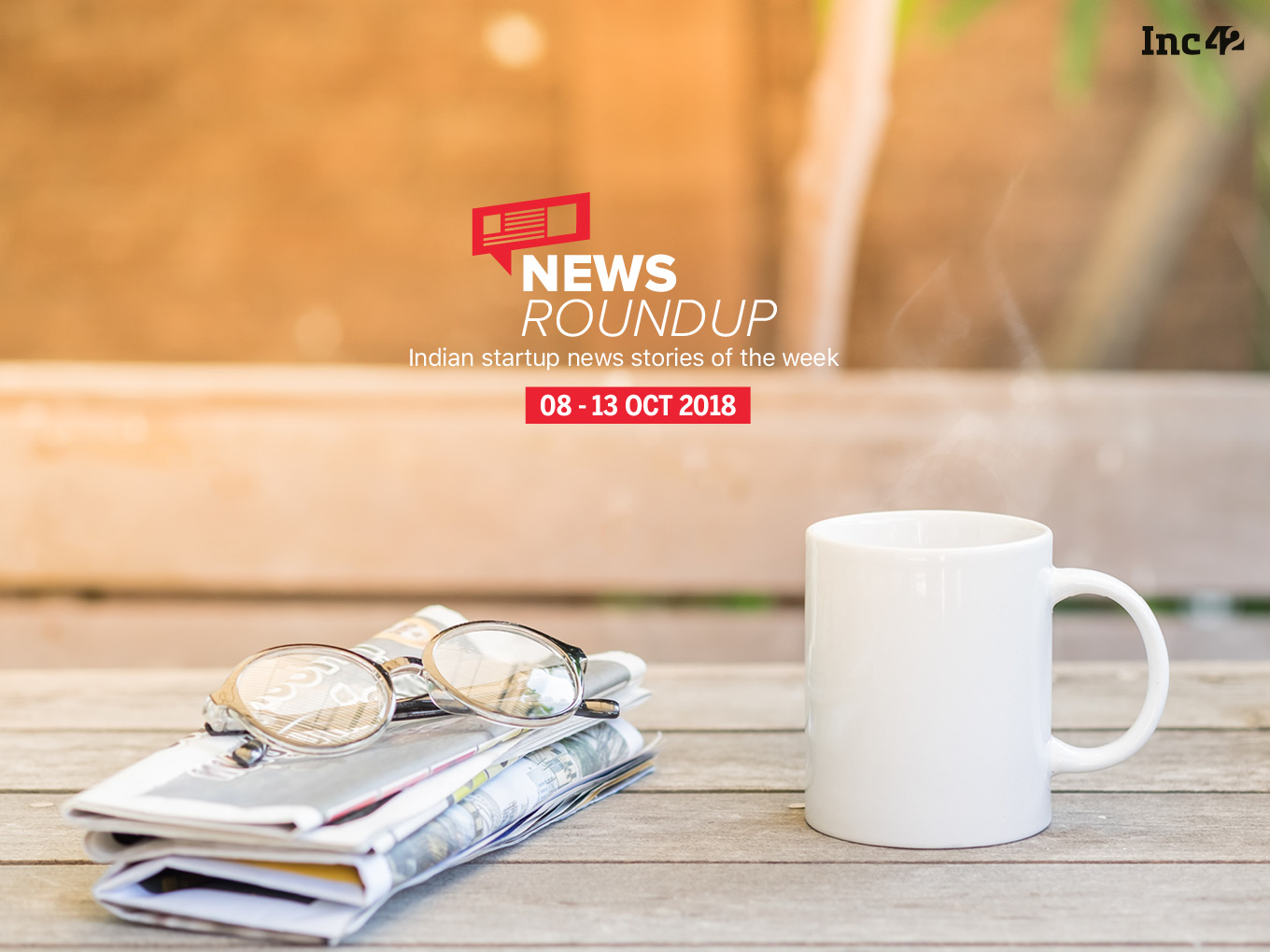 We bring to you the latest dope of Indian startup news stories of the week. This week was a turbulent one for online food ordering and delivering companies.

Earlier this week, foodtech Unicorn Swiggy and digital payment app FreeCharge have been served with “cease and desist” notice from Baseline Ventures, the cricketer Prithvi Shaw’s sports marketing company, seeking compensation of $135K (INR 1 Cr) from each of them for allegedly “encashing the name and fame” without authorisation in the tweets by these two companies. To give you some context here, 18-year-old cricketer Prithvi Shaw became the youngest Indian to hit a century on a Test debut against the West Indies in Rajkot on October 4, fans and companies floated congratulatory messages on social media.

Further, the results of the review conducted by Indian food safety regulator, Food Safety and Standards Authority of India (FSSAI), showed that nearly 5K restaurants have been delisted by 10 online food delivery platforms including Zomato, Swiggy, UberEats, FoodPanda among others, as they did not possess the FSSAI license. This development has come in after the FSSAI asked the online food delivery platforms to remove those food business operators (FBOs) that didn’t have a license obtained from the regulator.

On a good note, Zomato CEO and founder Deepinder Goyal announced that the company received 21 Mn monthly online food orders in India, and nearly 2 Mn orders over the phone in September. Also, it launched ‘Zomato Pickup’ – a new feature through which users can now place their order from Zomato with the added flexibility of going and picking it up from the restaurant themselves.

Notice Issued To Centre Over A PIL On Web Content Regulation

In line with the public interest litigation (PIL) filed by Divya Ganeshprasad Gontia on the regulation of web content broadcasted directly on the internet, the Bombay High Court has asked the various ministries to file their submission on the matter.

A division bench of Justices Bhushan Dharmadhikari and M G Biradkar issued notices to the Ministry of Information & Broadcasting Union Ministry of Electronics and Information Technology, Ministry of Law and Justice, Ministry of Home Affairs and also the Nagpur police commissioner, seeking replies by October 31.

In another development, the central government is looking to revise the Competition Act 2002, in order to find out if the deep discounts offered by the online retailers promote competition. Reportedly, a 10-member panel has been set up by the ministry of corporate affairs (MCA) to examine the trends in the digital economy. The panel will be chaired by the corporate affairs secretary Injeti Srinivas.

Facebook-owned messaging service application WhatsApp, in its attempt to get a clean chit on its digital payment service WhatsPay, has built a system to store user’s payment data locally within the country in compliance with the Reserve Bank of India’s (RBI) guidelines.

The move is in line with RBI order in April this year that it will be mandatory for all payment companies to keep a copy of the user’s payment data on a server in India.

Also, following the appeal made by global digital payment companies to extend the deadline for data localisation from the current October 15, the Reserve Bank of India (RBI) has reportedly announced that the deadline will remain the same and if the payment companies fail to comply then it could also initiate action against them. 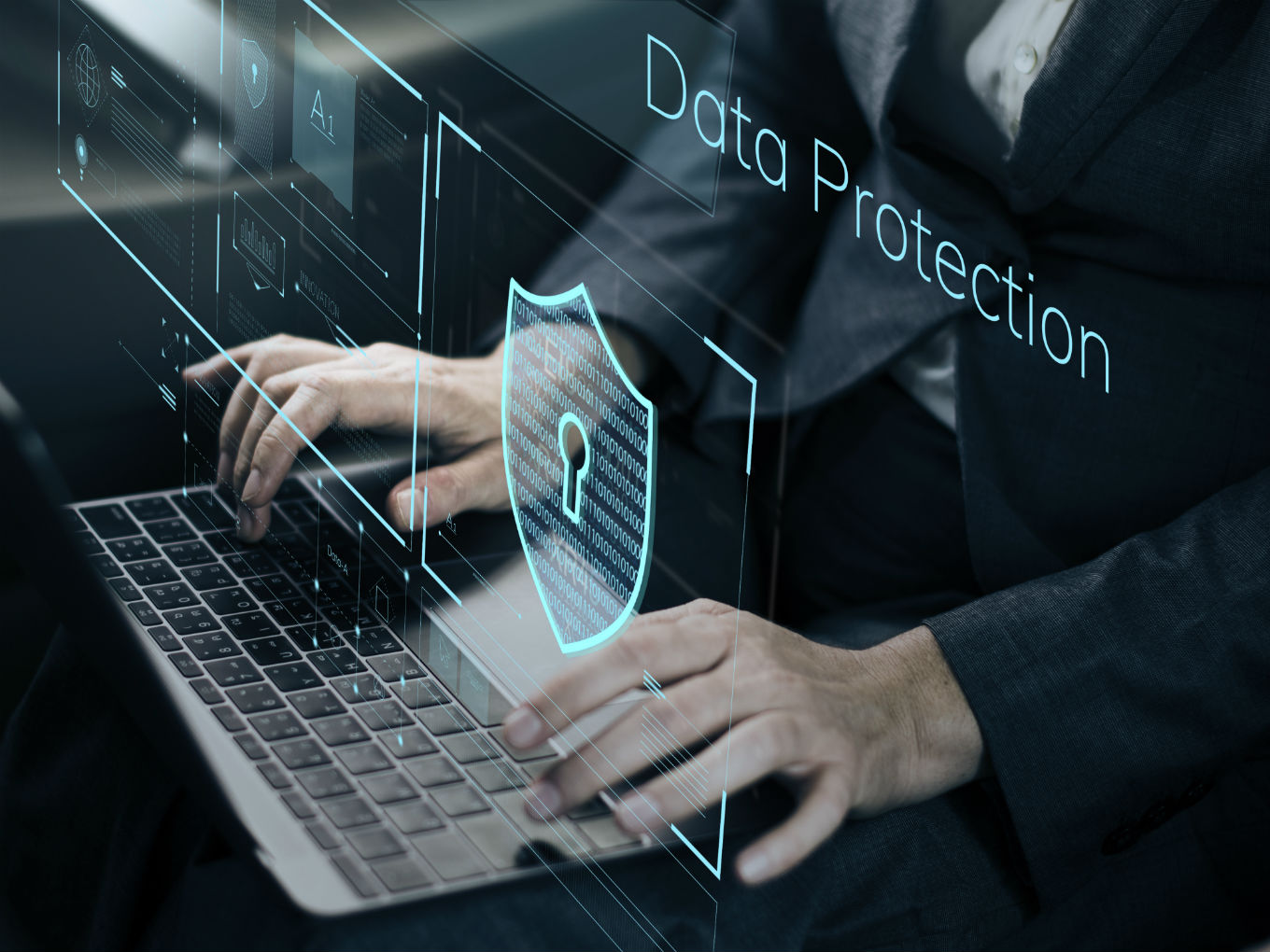 Facebook has sought more time from the Indian government to determine as to what extent users in India were affected by the recent hack that affected over 50 Mn accounts globally — the biggest security breach in Facebook’s history. On September 16, Facebook engineers had detected some unusual activity on the social media platform’s networks. It was an attack that affected over 50 Mn accounts globally.

Further, the US-based search giant has decided to shut down Google+, an Internet-based social network that is owned and operated by Google, for the consumers. The company cited reasons such as low user engagement and a software error that potentially exposed the data of around 500K users.

Flipkart has finally made its move into mobile phone insurance – a $27 Bn worth industry globally. Flipkart started offering insurance on mobile phones under its Complete Mobile Protection programme, from October 10th at the onset of it’s The Big Billion Days (TBBD).

In another development, the “cancerous deal for Indian retail industry” — Walmart’s acquisition of Flipkart— is continuing to cause ripples in the industry as the National Company Law Appellate Tribunal (NCLAT) hears the petition filed by Confederation of All India Traders (CAIT) against the said acquisition. Scheduled for October 5, the NCLAT has adjourned its hearing over the CAIT petition and has scheduled the matter for hearing on November 12 before a two-member bench.

While speaking at the Russia-India Business Summit 2018, organised by Confederation of Indian Industry (CII), which was held on October 5 in Delhi, Abhishek said that more steps are needed to promote the growth of startups in India. He also added that there need to be more venture capitalists, incubators, angel funds and many other things to further fuel the startup development and growth in India. 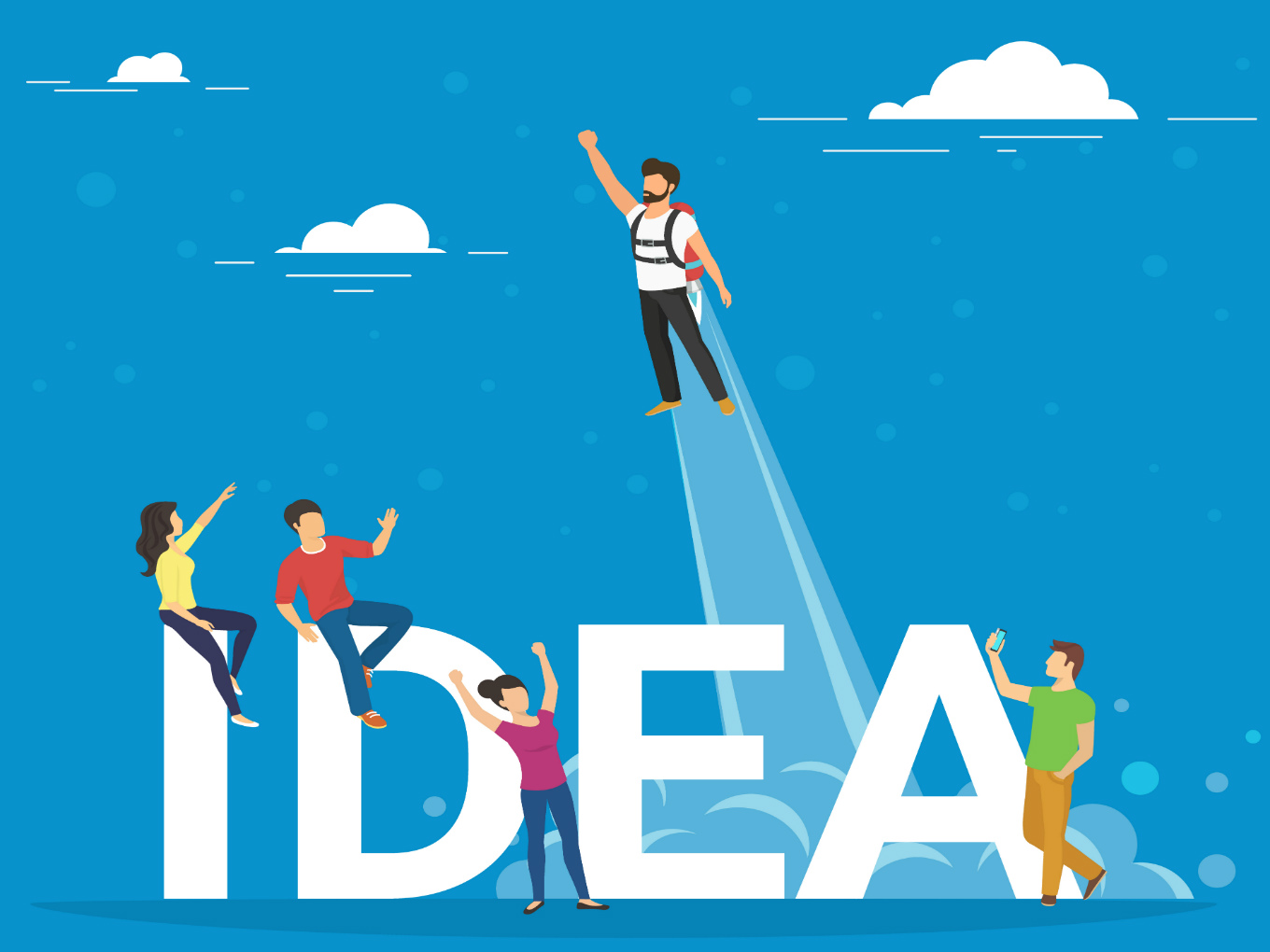 Project Armada allows sellers on the platform to use their own delivery trucks for the platform in India. Earlier the project was launched in the US. Under this programme, Amazon has partnered with some logistics companies in India who will be giving the vehicles on lease to the entrepreneurs.

Further, The seller lobby, All India Online Vendors Association (AIOVA) has moved to Competition Commission of India (CCI) thereby accusing Amazon India of giving a preferential treatment to its sellers churning higher revenues such as Cloudtail and Appario Retail. In its appeal, AIOVA has asked for a penalty against Amazon India as this is affecting the business of the smaller sellers who depend on the platform.

Google To Launch Its Online Store Front In India 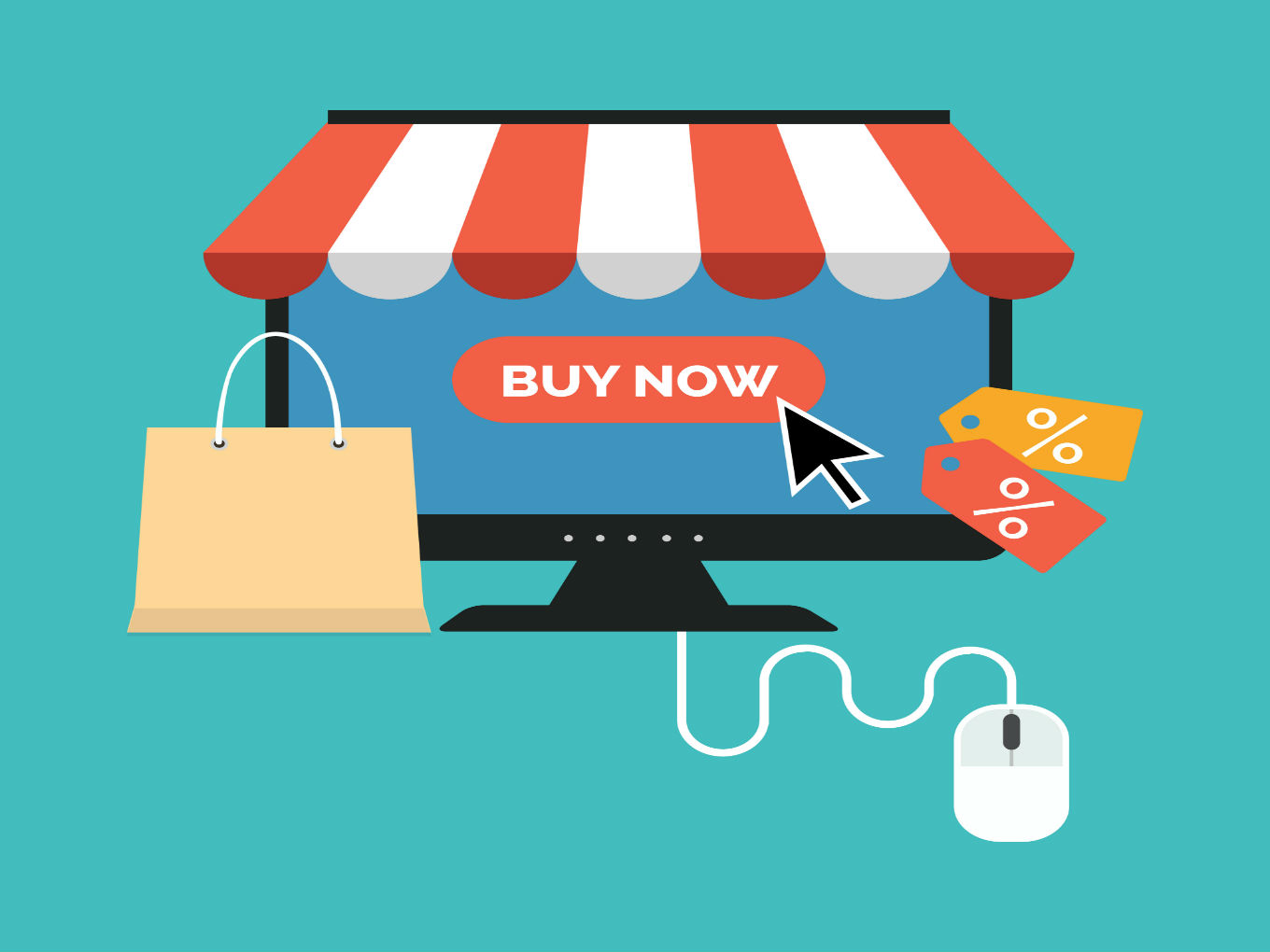 The travel and hotel booking ecommerce company Ixigo shows around 15 properties in and around the Tokyo city, offering rooms in the range of $61-$620 (INR 4510-INR 45,857). Last week OYO announced its formal entry in the UK market.

In another development, OYO announced to have inked a Memorandum of Understanding (MoU) with the Government of Uttarakhand. With this signing, OYO Hotels has committed an investment worth $67.5 Mn (INR 500 Cr) to expand its chain in the region.

Digital payment platform PhonePe has introduced micro-apps for hospitality company chain OYO, bus ticketing platform Abhibus, and Flipkart group company Myntra. The move is part of PhonePe’s effort to create an open payment ecosystem for businesses and users to connect with each other, and also take their offerings to over 100 Mn PhonePe users.

Haryana state government has reportedly roped in a few Delhi-NCR based startups to help it automate and digitise the processes for the citizens. One of such startups is Delhi-based social intelligence organisation CivilCops which will work with the government to develop a new app to replacethe governmentt-owned Harpath app, which offers solutions for road related grievances in the state.

Freddy is an “Omnibot” AI engine that enhances the sales, support and marketing capabilities for businesses. Freddy leverages Google’s AI technology ‘Google Assistant’ to help businesses resolve customer issues more effectively and efficiently through a mix of human and machine-based voice interactions. Available in all of Freshworks customer engagement products, Freddy learns from the Freshworks records of customer interactions across marketing, sales and support, and automatically replies to common queries in email, chat, voice-calls and even social media with the appropriate content from the customer’s knowledge base. This enables sales and support teams to focus on more complex and high-value inquiries.

Foodpanda Claims Its Delivery Partner Network As Largest In India

Foodpanda claims to have crossed the 125,000 Delivery Partner mark on its platform, thereby making Foodpanda India’s largest food delivery network. Foodpanda is committed to creating over 500,000 opportunities for delivery partners over the next couple of years. It has also integrated Ola’s superior onboarding processes, technology and 24×7 support for Foodpanda delivery partners. Further, Foodpanda has taken up 2000 seats in GoWork’s 108 Udyog Vihar, Gurugram campus under the ‘built to suit’ enterprise format, with expansion plans of up to 4000 seats.

The move aims to support the growth of its electronic instrument and electromechanical products businesses in India. AMETEK invested $ 5.5 Mn in establishing the Technology Solutions Centre and expects it to be a great resource for its customers in designing new products, selecting the right equipment to meet their application needs, servicing and calibrating devices, and providing hands-on demonstrations and training.

Through this association, Eros Now will facilitate a free month of access to its vast library of 11,000 plus movies, original shows, music videos and more for FreeCharge customers recharging pre-paid packages via the FreeCharge app. Additionally, this alliance will also give FreeCharge users a 60% discount on Eros Now’s annual subscription, which is otherwise priced at INR 999 (USA $7.99/ UK £4.99 GBP). The users will be able to use this discount by selecting FreeCharge in the payment selection pane on Eros Now.

Cashfree has partnered with Ola Money to launch Pay Later facility for the consumers of its online merchants. The service will enable consumers to defer payments for online purchases by offering a 15-day microloan for an amount ranging from Rs 1,500 to Rs 20,000 based on their credit profile.

With 50,000+ sq ft of area & a capacity to seat over 1,100+ members, 91springboard promises to give a massive fillip to the co-working & entrepreneurship ecosystem of the city of Pune with this launch. Space is located in Creaticity Campus, a one-of-a-kind concept shopping mall in Pune. The Co-working hub is launched on October 10, 2018, this will be the first 91springboard hub to be set up in a mall.

Car-sharing platform, Revv has announced the expansion of its services to four new cities, adding to its current footprint of eleven cities. These include three Tier-2 cities – Ahmedabad, Kochi and Mangalore. The fourth city is Kolkata, the only metro where Revv was not operating till now. Another five cities will be operational before the end of this year, which will take Revv’s geographical footprint to 20 cities. This expansion will be accompanied by a corresponding increase in fleet size and new one-way intercity routes.

‘Stride’ is an innovative product that can be worn on the shoe to track step count. This tracker, priced at INR 1199 has gone live exclusively on Flipkart during the ‘Big Billion Day’ sale, from 10th – 14th October 2018. Stride is available in four different colors (Red, Blue, White and Black), which will have an easy to clip on design, a battery life of 180 days which comes with a lithium button battery of 3 Volts, Bluetooth-enabled, compatible with iOS and Android devices and is waterproof.

The marketplace has partnered with prominent international aggregators to offer stylish apparels, trendy mobile accessories and innovative home décor starting with prices as low as INR 125/-. Aimed at expanding the range of value for money products, the International Store will have products spanning across 117 categories. Sourced from leading International aggregators from various countries, the store will offer products that are affordable, fashionable and in line with the current trends across categories.

Niki.ai is adding multilingual chat and voice support for the non-English speaking users of Bharat. The app has already enabled text and speech recognition in Hindi, with support in Bengali, Telugu, Tamil, Kannada, Malayalam, and Marathi set to go live by the end of this year.

Online travel company MakeMyTrip Limited has announced the launch of ‘Experiences’, aimed at providing consumers with curated and unique hyperlocal travel services. The first phase of the launch has been rolled out at metros and cities across 10 states including Jaipur, Pune, Chandigarh, Hyderabad, Goa, among others.

Stay tuned for the next edition of News Roundup – Indian Startup News Stories Of The Week!