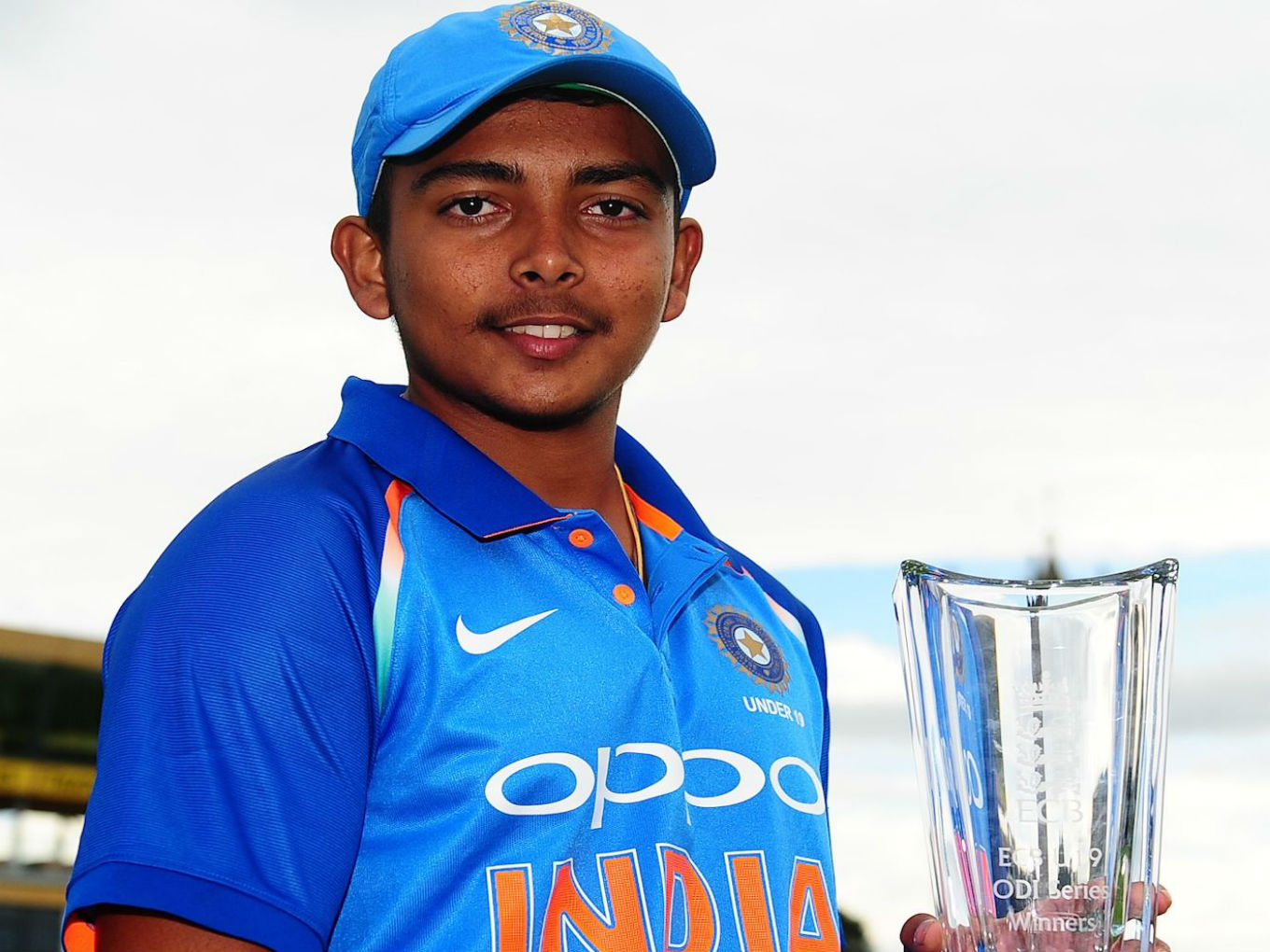 When 18-year-old cricketer Prithvi Shaw became the youngest Indian to hit a century in a Test debut against the West Indies in Rajkot on October 4, fans and companies floated congratulatory messages on social media.

However, foodtech Unicorn Swiggy and digital payment app FreeCharge have been served “cease and desist” notices from Baseline Ventures, Shaw’s sports marketing company. The notices seek compensation of $135K (INR 1 Cr) each from Swiggy and FreeCharge for allegedly “encashing the name and fame” of Shaw without his authorisation in their tweets.

A cease and desist notice is a written communication demanding the receiver to “cease and desist” from actions that infringe the sender’s legal rights or ownership.

On Twitter, after Shaw made a century, @swiggy_in posted: 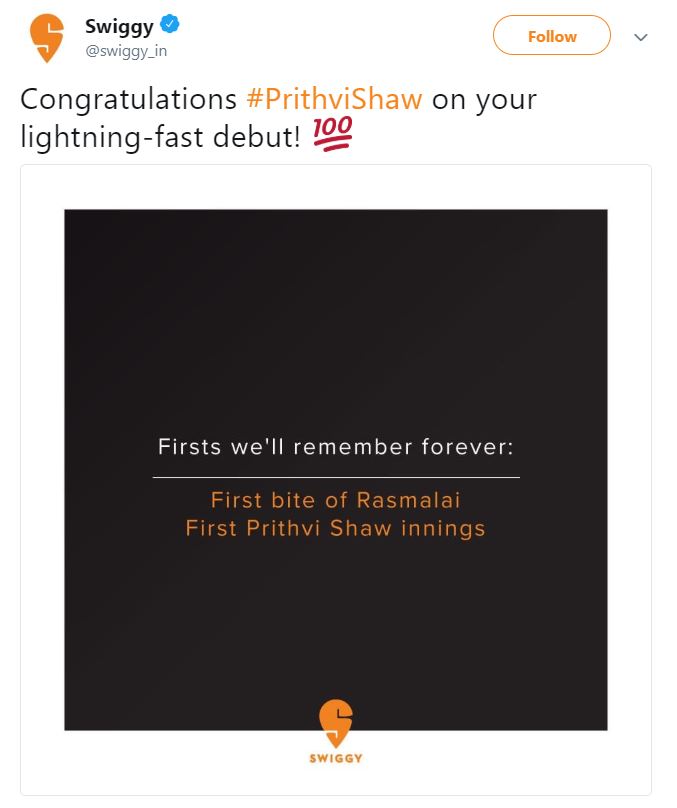 The notices sent to Swiggy and FreeCharge by RKP & Associates, a legal firm acting on behalf of and under the instructions of Baseline Ventures (India), said:

“By way of such misleading advertisement using Player’s name, you are deceiving the general public to order food from Swiggy, thereby making illicit gains.”

The cease and desist notices to Swiggy and FreeCharge also said:

“There are other sections as well, we are not disclosing that as of now,” the lawyer said.

It has called upon the two companies to “cease and desist from using any other name or mark which can be said to be deceptively to that of the Player in any manner whatsoever and pay an amount of Indian Rupees One Crore to Our Client as a compensation.”

Speaking to Inc42, Tuhin Mishra, MD of Baseline Ventures, said, “There is no problem on congratulating a player or an athlete or any talent. The issue is, when you use that congratulatory message and on top of that brand attribute links to the success of the talent, then obviously, it would be inflicting into someone’s right or is potential to hurt. We needed to deflect. We cannot have brands or companies trying to use this kind of ambush marketing communication.”

“We have received the said the notice demanding compensation and our legal team is evaluating the rights of the party sending the notice. Also, the other party has not disclosed any of its client’s trademark rights in the entire notice. We believe that the notice has been sent on wrong facts and there is no case of infringement here. It was a bonafide usage, as we as a company are also proud of Prithvi Shaw and his century in his debut test match.”

“Let them send their reply,” a lawyer from RKP & Associates said.

An email sent to FreeCharge did not elicit any response till the time of publication.

While congratulating Prithvi Shaw is not an issue here, the argument here is that Swiggy and FreeCharge used his name and cricketing achievement for commercial purposes, as claimed by the Shaw’s marketing company Baseline Ventures.

“So far we haven’t received any legal notice and we would address the claims post reviewing the same.”

Update 2 (October 23, 2018, 3:05pm IST): This story was edited for clarity and one of the summary points was changed as it erroneously said, “Swiggy and FreeCharge seeks compensation of $135K (INR 1 Cr) each through ‘cease and desist’ notice”.