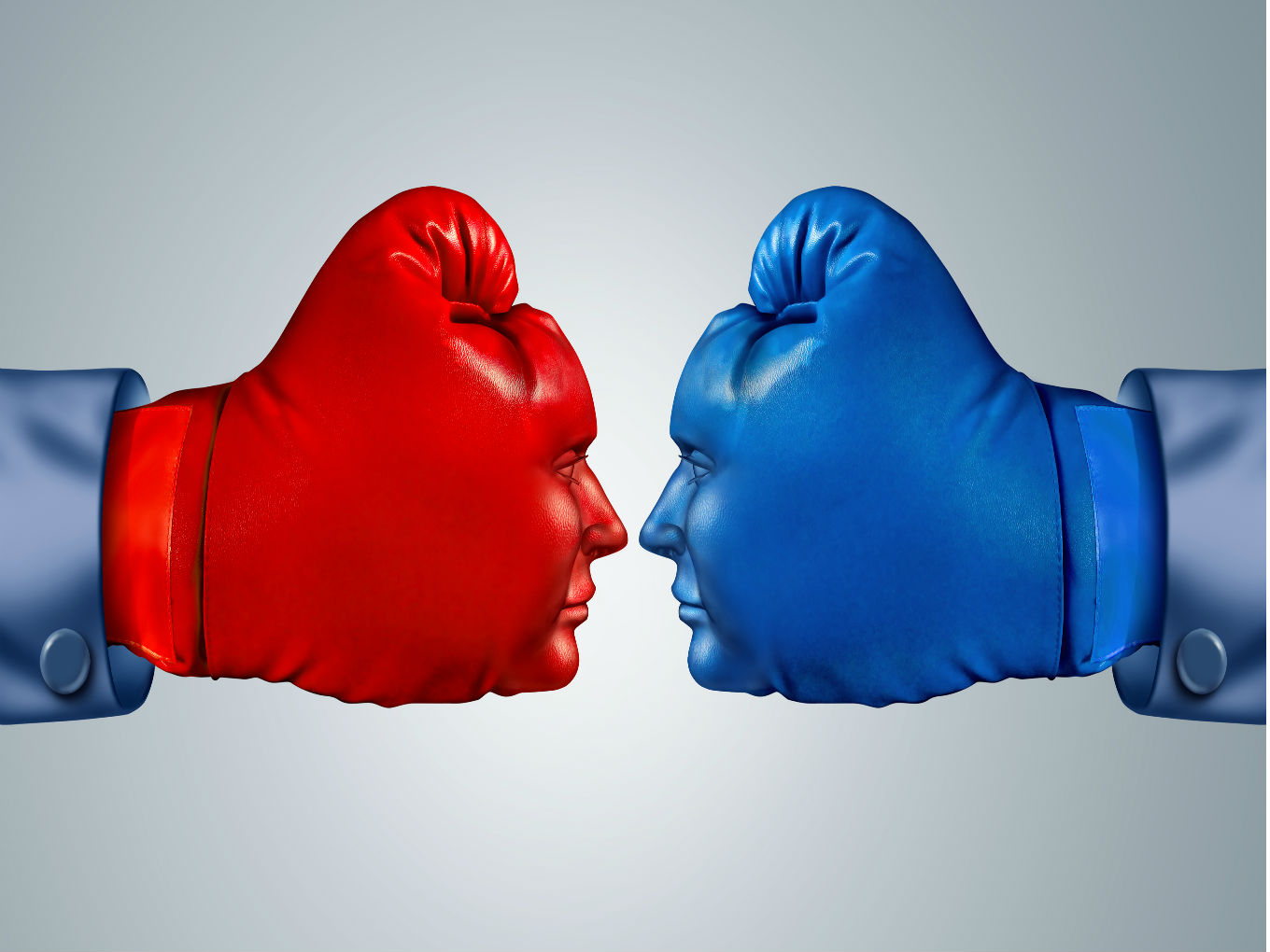 October is almost here. For Indians, the month is synonymous with festivals such as Diwali, Navratri, and Dussehra. In recent years, it has also become synonymous with giant festive sales offered by ecommerce companies. This year too, the three ecommerce giants in India — Flipkart, Amazon India, and Paytm Mall — have drawn swords for the biggest battle of the year — the battle for higher GMV, greater popularity, and proving their brand’s dominance.

So far, Flipkart and Amazon India have been competing neck on neck for the top slot in Indian ecommerce. Earlier, the third contender for this spot was Snapdeal, but since last year, Paytm Mall has edged its way in. Paytm Mall is the ecommerce subsidiary of Alibaba-backed digital payments company Paytm.

This year, Flipkart will be launching its five-day festive season sale — Big Billion Days — on October 10. In a bid to outdo its rival, Amazon India has decided to hold its festive sale — Great Indian Festival — to six days, starting on the same day as Flipkart.

Paytm Mall has not yet confirmed the launch date of its festive season sale. It’s pre-festive sale is on at present. According to  Livemint report, Paytm Mall’s festival advertising is slated to start from October, promoting the sale which will continue till the end of the year.

As Kalyan Krishnamurthy, CEO, Flipkart said, “After working closely with our sellers and brands over the last few months, we plan to deliver unparalleled, diverse, and affordable offerings to customers in every corner of India. Our hope this year is to push further in fulfilling the shopping aspirations of all Indians.”

The key drivers of this year’s festive sale face-off between Flipkart and Amazon India will be logistics, payment options, private labels, and new categories, among others.

With Indians increasingly opting for new modes of payment, the duo is also competing to provide multiple payment options to buyers. Flipkart has already rolled out schemes such as such as ‘Buy Now, Pay Later’, ‘No-Cost EMIs’, etc. The catchphrase for the Big Billion Days sale this year is “Ab India hoga budget se mukt (Now India will be free from budget constraints)”.

Amazon India too has said it will provide easy financing options to users; however, it has not disclosed any specific options as of now. In contrast to Flipkart, Amazon India’s campaign, ‘Ab India ki khushiyon ke beech budget nahin ayega’ tries to touch a chord with the emotions and desires of the working middle-class.

Ecommerce companies have increasingly been banking on private labels to help establish in-house brands and expand their client bases.

Adarsh Menon, head of private labels, Flipkart, said in-house brands comprise a big part of their BBD plan for this year. According to Menon, the three categories where it will aggressively push private labels are large appliances (MarQ), furniture (Perfect Home), and electronic accessories (Smartbuy).

Meanwhile, Amazon India is betting on the rising popularity of its Amazon Prime services and its Alexa-enabled speaker, Amazon Echo, in the country. It recently launched three new Amazon Echo devices — Echo Dot, Echo Plus and Echo Sub. Amazon devices also showcased an Alexa-controlled IR remote that enables control of TV via voice.

What Else Is Going For Them?

Flipkart will also benefit from the expertise of global retailer Walmart, which recently acquired a 77% stake in the company, and has also deployed a few of its senior executives at leading positions in Flipkart.

On the other hand, Amazon India has reduced both its storage charges and seller fees in five categories to encourage vendors to stock more products. Recently, it showcased its first Amazon Festive Home in New Delhi, displaying a selection of over 1,600 products from 100 Indian and international brands as well as from SMBs.

This was a smart move to combine online with offline to cater to the ‘touch-feel-buy’ mindset of the Indian audience.

“As our customers prepare for the festive season, the Amazon Festive Home is an introduction to the kind of selection we have in store for them from India’s biggest brands. We have worked together with our ecosystem of sellers, partners, and brands to ensure that customers experience a bigger and better festive shopping experience,” said Manish Tiwary, Vice President, Category management, Amazon India.

Not only this, Amazon India has started experimenting with a Hindi interface for its mobile website, its first move in vernacular languages. Not to be left behind, Flipkart, the Amazon’s arch-rival in India, has also acquired AI-led speech recognition Liv.ai, in a bid to target the next 200 Mn, online shopper.

The big three don’t really wait for the festive season these days to unleash their offerings on their customers these days. They have already conducted several rounds of pre-festive season sale this year.

The most recent one was in July when Amazon brought its global Prime Day sale to India for the first time, hosting a 36-hour sale on July 16-17. Flipkart hosted Big Shopping Days for 80 hours from July 16-19.

During Big Shopping Days, Flipkart claimed to have generated four times its daily revenue and sold 2.5 times the daily units it sells on an average. Some unusual categories that were a great success in this sale were furniture and IoT besides other hot categories such as mobiles, fashion, and appliances, said Smrithi Ravichandran, Senior Director, Flipkart, in an earlier media statement.

On the Prime Day sale, Amazon India offered 200 exclusive new product launches, thousands of deals, and video and music offerings especially curated for the sale. The Prime Day offers stretched further for a week on Prime Music and Video as well.

Paytm Mall recently shared in a media statement that it has received over 1 Mn orders on a single day during its ongoing pre-festive sale. The company also announced that it has entered into a strategic partnership with Apple to make the entire range of iPhones available on its platform including the latest iPhone Xs and Xs Max.

Paytm Mall’s senior management will be delivering the iPhone Xs and Xs Max to select buyers across Delhi-NCR, Mumbai, and Bengaluru today (September 28). It must be noted that this is a strategy Flipkart founders Sachin Bansal and Binny Bansal have been following since the initial days of their mega sale events.

Amit Sinha, COO, Paytm Mall, said, “This is an important milestone for us that makes us more confident for the journey ahead while we aim to scale newer heights. We will continue to invest our efforts in expanding our product offerings and services to serve our consumers better.”

Ecommerce Wars: A Fight Till Death?

For the sixth year in a row now, ecommerce companies have been going on no-holds-barred campaigns to woo Indian consumers, who tend to splurge a lot during the October festivals.

It all started with Google India’s Great Online Shopping Festival in 2012, which was shut down in November 2015, as the ecommerce companies like Flipkart, Snapdeal started hosting their own individual sale. Now, every ecommerce company worth its salt offers seasonal sales at certain times of the year, with the buildup leading to the grand October sales.

Ecommerce companies spend crores on advertisements and work all year round to come up with innovative schemes, offer deep discounts, and a wide range of products during the festive sales.

What makes the upcoming fight even more interesting is the fact that Flipkart and Amazon India have similar market shares of 31.9% and 31.5% respectively (as of December 2017). Here’s a look at some stats related to the ecommerce trio:

With Indians increasingly veering towards online shopping, the annual festive sales are getting bigger, better, and more competitive than ever. RedSeer consulting noted that about 20 Mn people are expected to shop on various ecommerce platforms during the festive sales next month, translating into sales of around $41.26 Mn (INR 3 Bn) for ecommerce players.

The number of online shoppers in India is expected to surpass 120 Mn by the end of 2018 and the major drivers of this growth are: high data consumption, improvement in logistics, and offers from ecommerce platforms.

However, though Indians have had access to ecommerce for 10 years now, the average Indian shopper doesn’t perceive the value of online shopping in convenience. It’s more about hefty discounts that are likely to leave most ecommerce platforms — except for the likes of Flipkart, Amazon India and Paytm which have endless war chests — bleeding.

The big three, meanwhile, have bared their fangs and dug in their heels to ready for the big fight ahead. Just Amazon India and Flipkart are expected to spend around $55 Mn (INR 400 Cr) between the two of them in advertising for their sale events — a 10% increase from last year.

The question is: How justifiable are these brutal fights and aggressive spending and for how long?