CAIT Also Complains About 'Inaction' Of Commerce Ministry On Walmart-Flipkart Deal, Which Is Detrimental To Indian Retail Trade And Economy 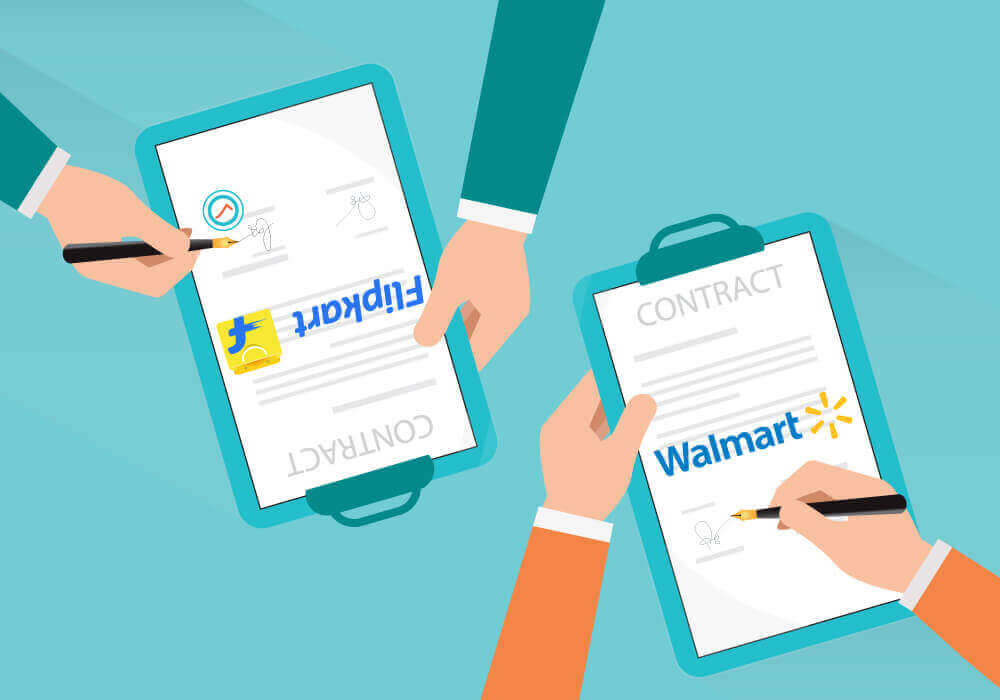 After threatening a countrywide stir, the Confederation of All India Traders (CAIT) has written to finance minister Piyush Goyal claiming that the Walmart-Flipkart deal would be “cancerous” for the Indian retail industry.

According to reports, CAIT has claimed that its letter has also drawn the attention of the minister towards the inaction of the commerce ministry despite the trade body writing to the trade minister earlier.

“The Walmart-Flipkart deal will prove to be cancerous to retail trade and economy of the country,” CAIT secretary general Praveen Khandelwal said.

The statement added, “Although more than one month has passed, we are unable to understand what is preventing the government from taking any action on this deal, which is offending the FDI policy and circumventing the law. It’s an open case for backdoor entry of Walmart into retail trade of India.”

The traders’ body also apprehended that if no action was taken, other foreign ecommerce majors like Amazon and Alibaba would also engage companies like Flipkart. This would lead to consolidation of retail trade in a number of hands, which would be detrimental for offline retailers.

The ecommerce spectrum will also be vitiated to a great extent, it added.

CAIT said it has “urged the finance minister to understand the seriousness and gravity of the situation and intervene in the issue since traders have lost all hopes of getting this deal heard by the commerce ministry.”

Further, it also added that a policy of ecommerce must be framed immediately and a regulatory authority must be constituted for regulating and monitoring the ecommerce market of the country.

It must be noted that the Indian government has already set up an ecommerce think tank to take proactive action on issues surrounding the $200 Bn worth ecommerce market. However, no guidelines have been issued by the think tank yet.

In India, 100% foreign direct investment (FDI) is allowed in ecommerce for marketplaces. As many as 127 groups have now come together to oppose the Walmart-Flipkart deal. Other signatories also include networks like National Fishworkers Forum and the National Hawker Federation.

Earlier, reports had surfaced that the Department of Industrial Policy and Promotion (DIPP) has forwarded complaints made by RSS-affiliated Swadeshi Jagran Manch (SJM) over the Walmart-Flipkart deal to various agencies.

Prior to this, the All India Online Vendors Association (AIOVA) and CAIT had approached the Competition Commission of India (CCI), stating that the Flipkart-Walmart deal would create unfair competition and an uneven level playing field for domestic players.

Retailers have also joined hands to approach the CCI against the $16 Bn Walmart-Flipkart deal as the merger is speculated to result in massive job losses in the retail industry.

Most recently, a small traders group also termed Walmart’s entry into India as causing “irreversible damage” to them.

While Flipkart and Walmart continue to address income tax and competition issues, the complaints by CAIT, AIOVA etc seem to have missed the deadline.