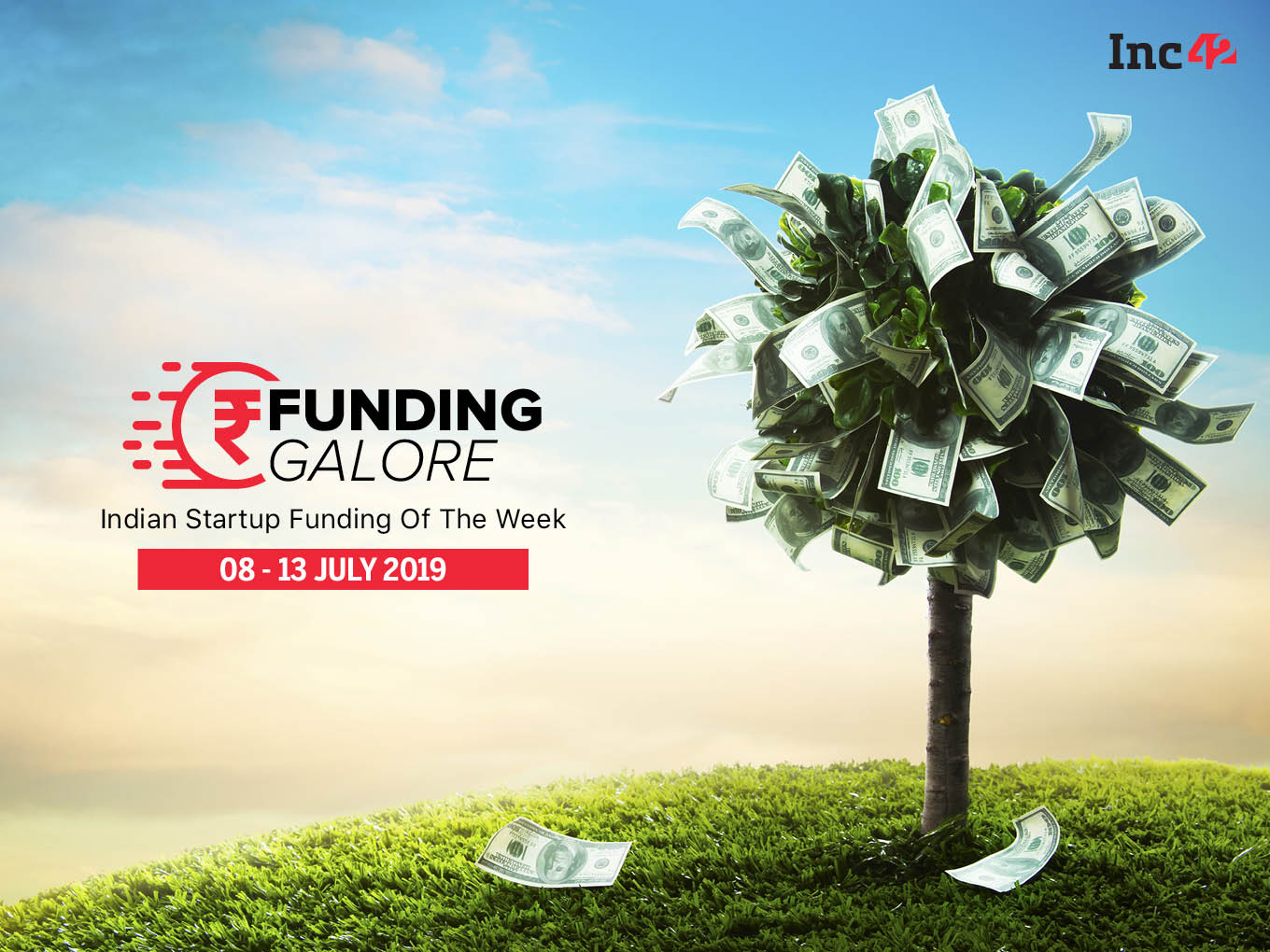 One of the biggest funding rounds in the Indian startup ecosystem was Bengaluru-based edtech unicorn BYJU’S raised $150 Mn from Qatar’s sovereign wealth fund, the Qatar Investment Authority (QIA). This round also includes the participation from edtech investment firm Owl Ventures, who has first time invested in an Indian startup.

BYJU’S will use this funding for international expansion and tailoring its product for a global audience.

In total, this week, 19 startups raised $403.05 Mn funding and 10 startup acquisitions took place in the Indian startup ecosystem. (This funding report is based on startups that disclosed funding amount.)

IndusOS: Mumbai-based mobile operating system and native applications platform Indus OS raised $5.75 Mn (INR 42 Cr). The investment has come in from Samsung Venture Investment Corporation (SVIC) for a 20% stake in Indus OS. In this round, Ventureast is participating as well, investing a small undisclosed amount.

Stanza Living: New Delhi-based student housing startup Stanza Living received commitments worth $50 Mn in its ongoing growth equity round led by New York-based Falcon Edge Capital.  The funding round also saw the participation of Stanza Living’s existing investors including Sequoia Capital, Matrix Partners, and Accel Partners. This is the first tranche of a larger ongoing equity financing round that the company is raising. The startup is also in talks with multiple equity investors to raise additional capital for the current round and is reportedly valued at $300 Mn in the current round.

O4S: Supply Chain SaaS startup O4S raised $2.1 Mn in Pre-Series A funding round led by Venture Highway to expand its operations in India. The three-year-old startup till date raised a total of $2.5 Mn including a seed investment of $400K in 2017. The new funding will be used to strengthen its workforce, accelerate client acquisition and build technology infrastructure across industries within India.

Pixxel: Bengaluru-based space-tech startup raised an undisclosed amount of pre-seed money from growX ventures and other prominent angels. The startup is building a constellation of the world’s most advanced earth imaging satellites

UrbanClap: UrbanClap founders invested $12.6 Mn (INR 86.27 Cr) in their personal capacity into the company. The founders — Abhiraj Bhal, Raghav Chandra, and Varun Khaitan — have invested $4.2 Mn (INR 28.75 Cr) each into their five-year-old company.

Silvan Innovation Labs: Bengaluru-based IoT solutions for homes and enterprises startup Silvan Innovation Labs raised an undisclosed amount of investment from Samsung Venture Investment Corporation (SVIC). With an installed base of over 6,000 homes and 12 live communities, Silvan’s products and IoT platform will add value to Samsung’s efforts to have all its products IoT ready by 2020.

Zoomcar: Bengaluru-based Zoomcar raised $11.35 Mn across multiple forms of equity infusion from its US-headquartered parent as well as debt funding from Trifecta Capital and others. The proceeds will be used towards technology development, customer acquisition, publishing and other general corporate purposes.

Rivigo: Gurugram-based logistics startup Rivigo raised $65 Mn in its ongoing series E round led by existing investors Warburg Pincus and SAIF Partners. The company said it will use the funds to further strengthen its technology and network coverage.

Moglix: B2B industrial goods marketplace Moglix raised $60 Mn (approximately INR 412 Cr) in its latest round led by Tiger Global Management and Sequoia Capital. Hong Kong-based Composite Capital joined the funding round as a new investor for MogliLabs, the company behind Moglix. The company said it is now valued between $200 Mn-$300 Mn. It will now be investing heavily in infrastructure, warehousing, logistics. We will be building fulfilment centres and warehouses, and establish operations at these locations

HealthAssure: Mumbai-based healthcare aggregator, HealthAssure raised $2.5 Mn in Series A funding led by Blume Ventures. The company plans to use the funds to further develop its platform, create sharper products focusing on insurance OPD products, build better data capabilities leveraging AI and ML and strengthen distribution. Prior to this round, HealthAssure raised $1 Mn from The HR Fund.

NiYO: Bengaluru-based neo-banking startup NiYO Solutions raised $35 Mn in a Series B funding round. The investment was led by Horizons Ventures and Tencent. Existing investor JS Capital also participated in the funding round. The company plans to use the funding to accelerate the development and rollout of new product offerings. It will also use funds to amplify distribution and marketing. It is also looking to explore expansion into international markets, particularly in emerging economies which offer similar opportunities for digital disruption through a “Neo-bank” concept.

House Of Masaba: Mumbai-based fashion label House of Masaba raised $1 Mn in a funding round led by Flipkart cofounder Binny Bansal. Purple Style Labs, Apoorva Patni of Patni Group, and Apurva Salarpuria of Salarpuria group also invested in the round. The fresh funds will be used to scale infrastructure, distribution network and hiring

Ecozen Solutions: Pune-based agritech startup Ecozen Solutions raised an undisclosed amount of funding from Hyderabad-based impact investment firm Caspian and Omnivore Partners. The funds will be used to scale its irrigation and cold chain business and help it set-up the market linkage platform.

Headfone: Bengaluru-based social audio platform Headfone raised $750K in seed funding led by Fosun RZ Capital, an affiliate of Chinese conglomerate Fosun Group. The funds will help the company focus on building the team, improving its recommendation engine, scaling the community across India and aggressively growing its user base.

Important Acquisitions Of The Week