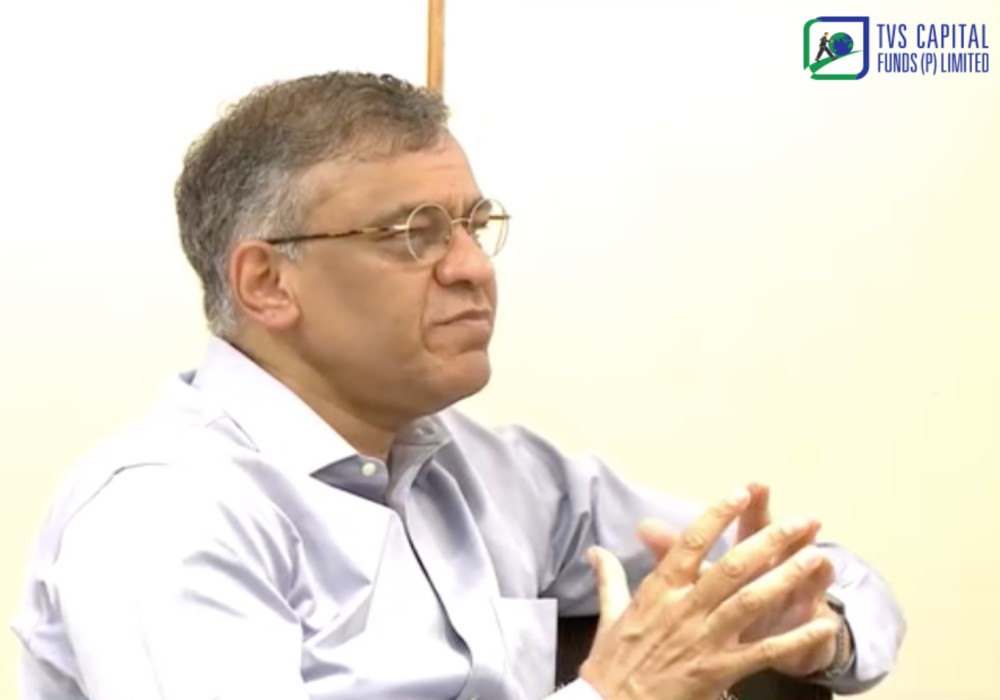 Chennai-based growth private equity firm TVS Capital Funds has announced the second close of its third fund —TVS Shriram Growth Fund III at INR 1,100 Cr. The fund has targeted a corpus of INR 1,000 Cr with an INR 500 Cr green-shoe option of which INR 100 Cr has already been subscribed and INR 150 Cr remains in the pipeline. The final close of this fund is expected to happen in March 2020.

TVS Capital Funds is the growth private equity arm of the TVS Group and is sponsored jointly by Shriram Group and TVS group.

Founded by TVS’s Gopal Srinivasan and D. Sundaram, former vice-chairman and chief financial officer of Hindustan Unilever Ltd. in 2007, TVS Capital Fund envisions to provide financial and capability capital to Indian entrepreneurs to help them to build sustainable and successful businesses. The private equity firm is supported by Its limited partners (LPs) represent leading family offices of India, high net-worth individuals as well as financial institutions and developmental financial institutions of the government, most of which are old allies of TVS. The firm had also received INR 100 Cr from SIDBI.

“We view the strongly positive response to this fund as an endorsement of our disciplined investment approach, not only because of the commitments by our new clients but also because of the strong participation from our existing lead and anchor clients, who have re-invested ~2 times their fund 2 commitments. It has given us confidence that our approach to curating the best ideas from our focus sectors to provide top quartile returns, has gained widespread acceptance in the market,” Gopal Srinivasan said.

The fund broadly invests in sectors including food, financial services, lifestyle and business services. The firm’s investment ticket size is expected to be between INR 75-150 Cr, depending on the company requirements. TVS Capital invests across venture growth, classic growth and late-stage growth companies.

The previous fund (TVS Shriram Growth Fund 1B) of 2012 is said to have already returned 100% of capital to its clients and is on course to an end-of-life multiple on invested capital of around 2x.

TVS Capital Funds had announced the first close of its third fund at INR 832 Cr. in October 2018. Through TVS Shriram Growth Fund III, the PE firm has invested in two companies till now including a supply chain solutions company Leap India, and a small finance bank Suryoday.

The firm claims to have invested around ~13% of the third fund within the first 6 months of its first close and is said to be on the way to expand its investment to about 20-25% soon.

Founded by Sunu Mathew in 2013, Leap India has raised INR 100 Cr from TVS Capital in June 2019. The company had earlier raised 200 Cr in debt funding and around INR 89 Cr in equity funding from venture capital firms such as Mayfield, Sixth Sense Venture Funds and more.

LEAP India deals in returnable packaging and pooling of equipment — wooden pallets and boxes, plastic containers, metal wire mesh — catering to all sectors that use these products to store or transfer goods from one site to another. The company claims to be associated with most of the automobile manufacturers in India along with clients such as Tata Motors, LG, Bluedart, Abbott, Carlsberg, All Cargo, among others.

Further, from the third fund, the PE firm had invested around INR 20 Cr. in Suryoday Small Finance Bank in March 2019.  Earlier, TVS Capital had also invested in Suryoday through its second fund.

Founded in 2008, Suryoday is an urban/semi-urban focused small finance bank with around INR 2000 Cr in assets under management. Suryoday claims to serve over 10 lakh clients and operates 226 branches employing 2.5K employees. Currently has majority of its operations in Maharashtra, Tamil Nadu, Odisha and Gujarat with presence in Madhya Pradesh, Karnataka, and Rajasthan.