Indian alternatives to TikTok like Trell, Mitron and Chingari witness a surge in downloads 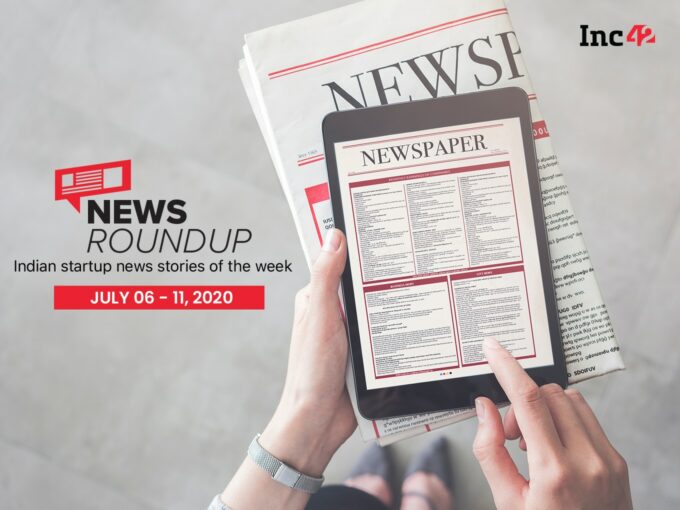 We bring you the next edition of the news roundup: Indian startup news stories of the week!

This week, the fallout of the ban on 59 Chinese apps including TikTok etc continued to be seen. For instance, Indian alternatives to TikTok, such as Trell, Mitron and Chingari witnessed a surge in downloads. While Trell has garnered 12 Mn downloads since June 29 when the ban on Chinese apps was announced, Mitron saw its daily traffic jump 11-fold, and the app now has around 17 Mn downloads. As for Chingari, while before the ban it had just 2.5 Mn downloads, it took just three days since the ban for the app to breach the 10 Mn downloads mark.

Further, social media giant Facebook is also experimenting with the short video sharing segment, as Instagram has launched its ‘Reels’ application in India. Music-streaming service Gaana has launched its app ’Gaana HotShots’ to contend for space in the short video sharing segment. OTT player MX Player also has plans to launch an app on similar lines.

Meanwhile, the government sent a list of 50 questions to the 59 banned Chinese apps, trying to understand things like the financial structure of their holding companies, beneficial owners, countries of incorporation and location of data servers, among other things. The same day, it was reported that the Indian Army had banned 89 mobile apps, including the 59 Chinese apps along with several homegrown apps such as Healofy, Vokal and Pratilipi, among others. The army has reportedly cited risks to national security and possible leakages of sensitive data as reasons behind the ban. Foodtec unicorn Zomato published its annual report, summing up the company’s financial performance in the last five quarters, including the Covid-19 pandemic including the coronavirus-hit Q1 2020-21. While the company noted a 105% growth in revenue from FY19 to FY20, its financial performance in the first quarter of the current fiscal year, 2020-21 wasn’t very promising. The company’s earnings for Q1 of FY21 stood at $41 Mn, and the losses were $12 Mn. Assuming that the average quarterly revenue for Zomato will be between $41 Mn and $45 Mn, the expected annual revenue for FY21 will be in the range of $165 Mn-$180 Mn. Compared to FY20, the financial year 2020-21 may bring a revenue decline of approximately 54% to 58% for the company.

Online Insurance Aggregator PolicyBazaar CEO said that the company’s strategy to raise capital from investors like SoftBank was a ‘mistake’. Dahiya’s statement came a few days after SoftBank infused an additional $130 Mn in PolicyBazaars parent company. Later, Dahiya issued a clarification to the publication, saying the report in the Financial Times unfairly singled out SoftBank. Dahiya clarified that the operational losses the company had incurred in 2018-19 were in part driven by the excess capital it had. The company tried to grow faster with operational investments and managed to grow three times, but also incurred losses in the process. “Those decisions were entirely ‘ours’ — management and board, and singling out our shareholders is unfair,” Dahiya added.

In an order by the Delhi high court (July 7) OYO has to file an affidavit by July 21 on its unencumbered (debt-free) assets. The order came after hospitality company Anam Datsec accused OYO of non-payment of dues for its Golden Sands property Calangute in Goa and sought more than INR 8 Cr in damages. An OYO spokesperson said that the company had been given two weeks by the court to file its response on the matter.

The Department for Promotion of Industry and Internal Trade (DPIIT) is in talks with the Insurance Regulatory and Development Authority of India (IRDAI) and Securities and Exchange Board of India (SEBI), to decide whether state-run insurers and pension funds could be allowed to contribute to a government-backed ‘fund-of-funds’ for startups.

With India tweaking its foreign direct investment (FDI) norms to restrict investment from neighbouring countries, startups may experience a shortfall in capital since Chinese investment will be restricted from now. To offset the slump in FDI from China, the Indian government is trying to ensure that it creates domestic pools of capital with the ready participation of financial institutions, for startups to benefit from.

Technology company and a subsidiary of the Mahindra Group, Tech Mahindra has put in a bid for BSNL’s revised 4G tender. This happened after the government barred state-run telcos from using Chinese equipment for their mobile networks. After the government’s order, BSNL cancelled the tender it had given to Mahanagar Telephone Nigam Limited (MTNL) for the upgradation of the existing 4G network across 47,000 sites and building new capabilities in Mumbai and Delhi.

The development came amid mounting anti-China sentiment in India, after border clashes between the two countries in Ladakh’s Galwan Valley. Last week, the US formally designated Chinese telecom firms Huawei and ZTE as threats to national security and barred local telecom firms from using Chinese equipment. It is expected that the US will now pressure India to also ban Chinese telcos from the country. However, as of now, India has allowed Chinese telecom operators to participate in the upcoming 5G auctions.

The Unified Payments Interface (UPI) is often understood to be synonymous with digital payments in India. What most fail to realise is that UPI is only one part of the digital payments landscape, which includes debit cards, credit cards, internet and mobile banking, digital wallets, real-time gross settlement (RTGS), national electronic fund transfer (NEFT), Aadhaar-enabled payments and FasTAGs, among others.

By accessing a circular by the National Payments Corporation of India (NPC), Inc42 analysed how the revenue model for purely UPI-based payments services is not sustainable in the long run. 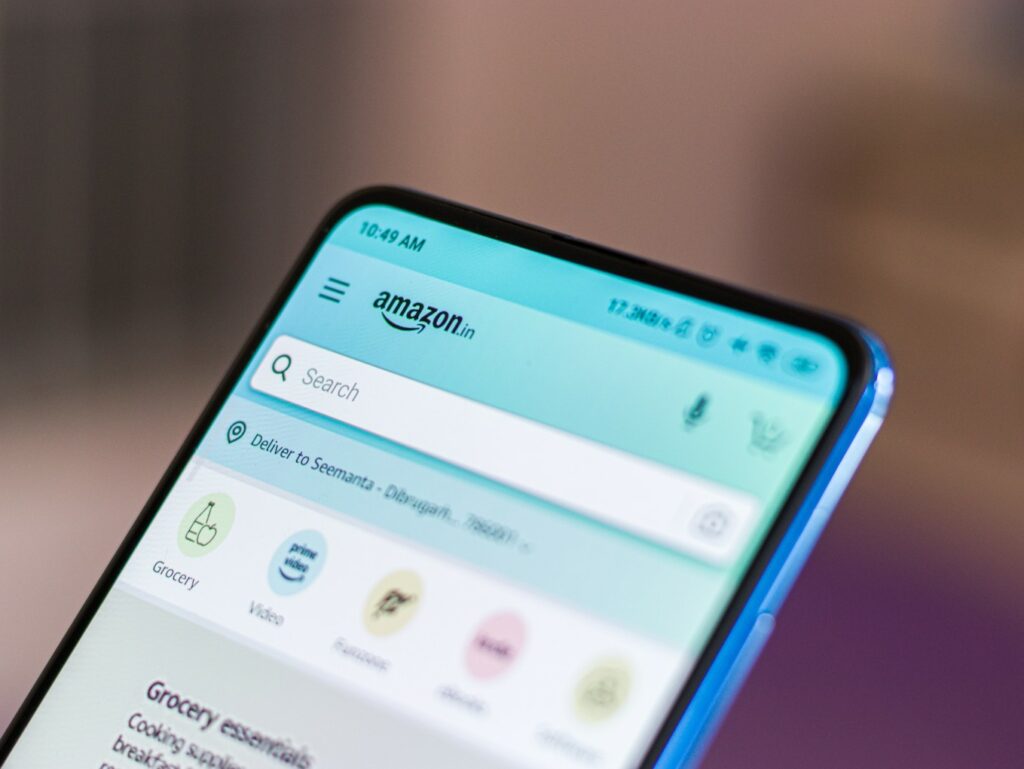 The Department for Promotion of Industry and Internal Trade (DPIIT) has suggested August 1 as the deadline for ecommerce companies to start displaying the ‘country of origin’ information for products listed on their website. The suggestion was made in the second meeting between DPIIT and ecommerce companies such as Amazon and Flipkart, among others.

Last month, DPIIT asked etailers to display ‘country of origin’ information for products retailed on their website In response, the companies sought more time for making changes to their website. They also said that a hastened deadline for complying with the order would harm small sellers and MSMEs, as they may be unsure about the rules and the ways in which they have to comply with the order.

Etailers Could Be Fined For Not Displaying ‘Country Of Origin’

The ministry of consumer affairs has decided to levy a fine upto INR 1 Lakh and a subsequent jail term for all manufacturers, ecommerce firms and marketing agencies of imported packaged items in case they fail to highlight the country of origin of their products. Besides this, union minister for consumer affairs Ram Vilas Paswan has also written to all ecommerce companies and state governments to strictly implement the mandatory mentioning of product origin in all its listings.

It was reported that foreign companies such as Amazon, Flipkart and Netflix may fail to comply with the July 7 deadline for paying equalisation levy, also called Google Tax or Digital Tax, while they wait for the government’s clarification and the much-awaited ‘Frequently Asked Questions’ (FAQs) list.

Later, a lobby group for American ecommerce companies, in a letter written to the financial secretary Ajay Bhushan Pandey, asked the government to defer the deadline for paying the 2% digital tax, citing various irregularities and technical difficulties as reasons for not being able to pay the first instalment of the levy on July 7. Zoom May Take Legal Action Against JioMeet For ‘Copying’

Launched on July 3, JioMeet made noise for all the wrong reasons, after several users on Twitter flagged its striking resemblance to Zoom. Initially lambasted for being ‘lazy’ in making the app, reports have since emerged about JioMeet’s resemblance to Zoom possibly being a growth hack, to make the transition for Zoom users easier.

This comes at a time when Zoom is fearing that it would be caught in the crossfire of anti-China sentiment and a wave of protectionism in India. It has clarified that it was an American application and has no links with China.

Days after being banned by the country due to concerns that it endangered the data privacy of Indian users, ByteDance owned TikTok is reportedly planning to alter its financial structure and move its headquarters out of China to put an end to the scrutiny it’s been facing.

Reportedly, ByteDance has signed a flexible office-space deal for 1,250 seats at WeWork Nesco in Mumbai. Though ByteDance was planning to take up the office space before the ban came into the picture, it signed the deal on July 6. ByteDance did not comment on this deal.

Ride-hailing company Uber permanently shut its Mumbai office, as part of global downsizing operations. The Uber employees in Mumbai are to work remotely till the end of this year. However, it’s unclear if the company will find a new office space for its Mumbai employees next year.

In May, Uber laid off 600 employees in India across departments such as customer and driver support, business development, legal, finance, policy, and marketing verticals. The India layoffs were part of the global downsizing exercise in the wake of the pandemic.

Stay tuned for the next edition!