In the end, it is the employees that always get caught in the middle of such leadership tussles as seen in the past with the likes of Housing.com

In July 2021, BharatPe grabbed the headlines for the perks it was offering new recruits. Sports cars, superbikes, fancy gadgets, trips to Dubai and early appraisals were on offer for those joining the company’s product and engineering teams.

Seven months later, all this seems hollow. The company is in shambles and employees are reported to be queuing up to leave. There’s talk of several transgressions, a spat between the board and cofounder Ashneer Grover and BharatPe’s reputation has been dragged over coals and memes.

We’ll look at the latest state of affairs at the fintech giant, but here are two stories that also deserve your attention:

At least that’s what some employees are looking to say very soon. Reports this week talk about the hiring market being flooded with resumes of BharatPe employees looking to move out of a rocking ship.

No one would blame them; after all, things are looking pretty bad for the fintech unicorn which has stumbled from one controversy to another in 2022.

How The Tables Have Turned

The complete breakdown of things at BharatPe is indicative of a deeper problem. If we are to believe what employees are saying, Grover was pretty much the authority on many of the day-to-day things. There may be more skeletons in the closet, but at the root of it, the problem is not paying enough attention to creating a safe culture.

Which brings us back to the employees. When we reported on the talent wars among startups last year, one of the things investors told us is that throwing money at the problem is not how talent is retained. A strong culture that fosters a sense of belonging is a stronger tether than material benefits.

Sources told Inc42 that employees that did avail of the perks offered by the company had to pay levies and taxes of many of the imported items. So sometimes it is too good to be true indeed.

From Bad To Worse

After cofounder Grover’s leaked spat with Kotak Mahindra Bank, a slew of allegations have hit BharatPe, including potential embezzlement and payments to non-existent vendors. All this has cast a shadow on the corporate governance within the company as well as the arguably inadequate due diligence on the part of the investors.

When we compared the situation at BharatPe to Housing.com last week, we also realised that the employees will be caught in the middle. Now, over 400 employees are said to be looking for a way out of the company, as reported by Moneycontrol . As Grover and CEO Suhail Sameer slug it out in public, employees seem to be in a panic. 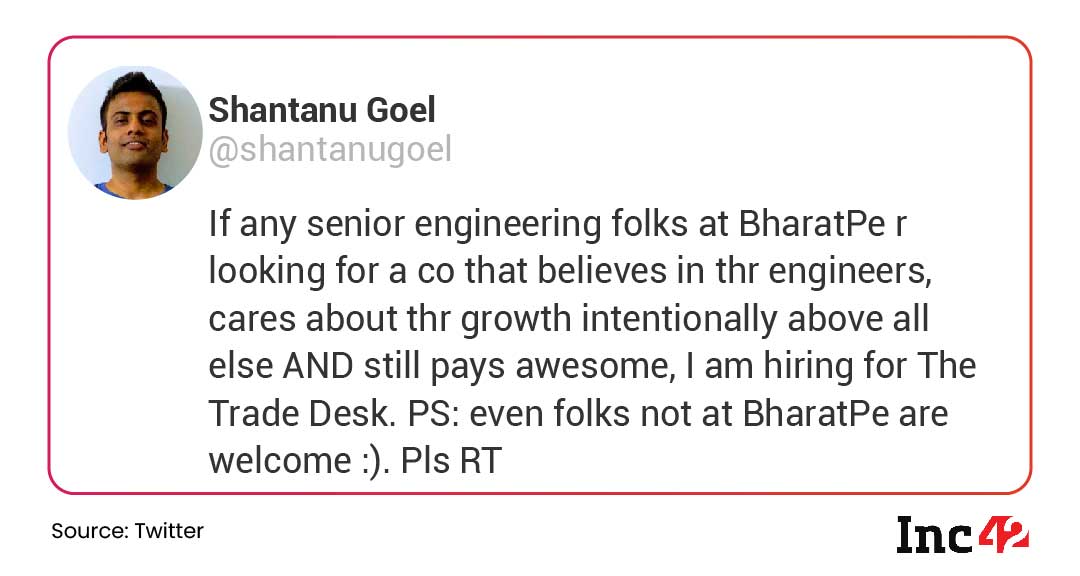 Now, startup founders and entrepreneurs are trying to bring in those exiting BharatPe’s doors. The company tried to buy its way out of the talent wars, but is now finding that there’s little to actually keep the soldiers on their side when it’s most needed.

The situation has prompted Sameer to communicate with the employees and urge them to trust the board of directors and await the results of the investigation currently ongoing. He’s said to have told employees that the company is in talks to raise more funds and there’s plenty of fuel in the tank anyway.

However, Grover is unlikely to back off so quickly after publicly demanding that the company buy back his 9.5% stake. So there’s no guarantee how the future will pan out for the company.

“We have $500 million in the bank (including $100 million that we have invested in Unity small finance bank),” Sameer told employees, adding that this is 4x the amount the company has spent so far in building the business.

Meanwhile Ashneer Grover’s wife, Madhuri Jain Grover has written to independent consultant Alavarez & Marsal saying she is considering legal action against the firm for allegedly leaking details of its internal investigation into BharatPe’s financial disclosures and operations. The invoices were allegedly created by Shwetank Jain, Madhuri’s brother and founder of tobacco brand Hash.

In an official statement, BharatPe said, “BharatPe continues to be an attractive destination for career growth. Our attrition levels are below industry standards and any reports or rumours around increasing attrition rates in recent weeks are baseless and untrue. The company continues to induct new talent. Our employee base has continued to grow month on month over the past two months. BharatPe strongly objects to unsubstantiated rumours being used to spread misinformation about the company.”

In the end, it is the employees that always get caught in the middle of such leadership tussles as seen in the past with the likes of Housing.com. It’s not only early-stage companies that fall by the wayside due to power struggles or uncertainty about future. This will definitely impact employee morale and mindset in the medium term. All BharatPe can do now is hope that it comes through in the clear after the investigation. 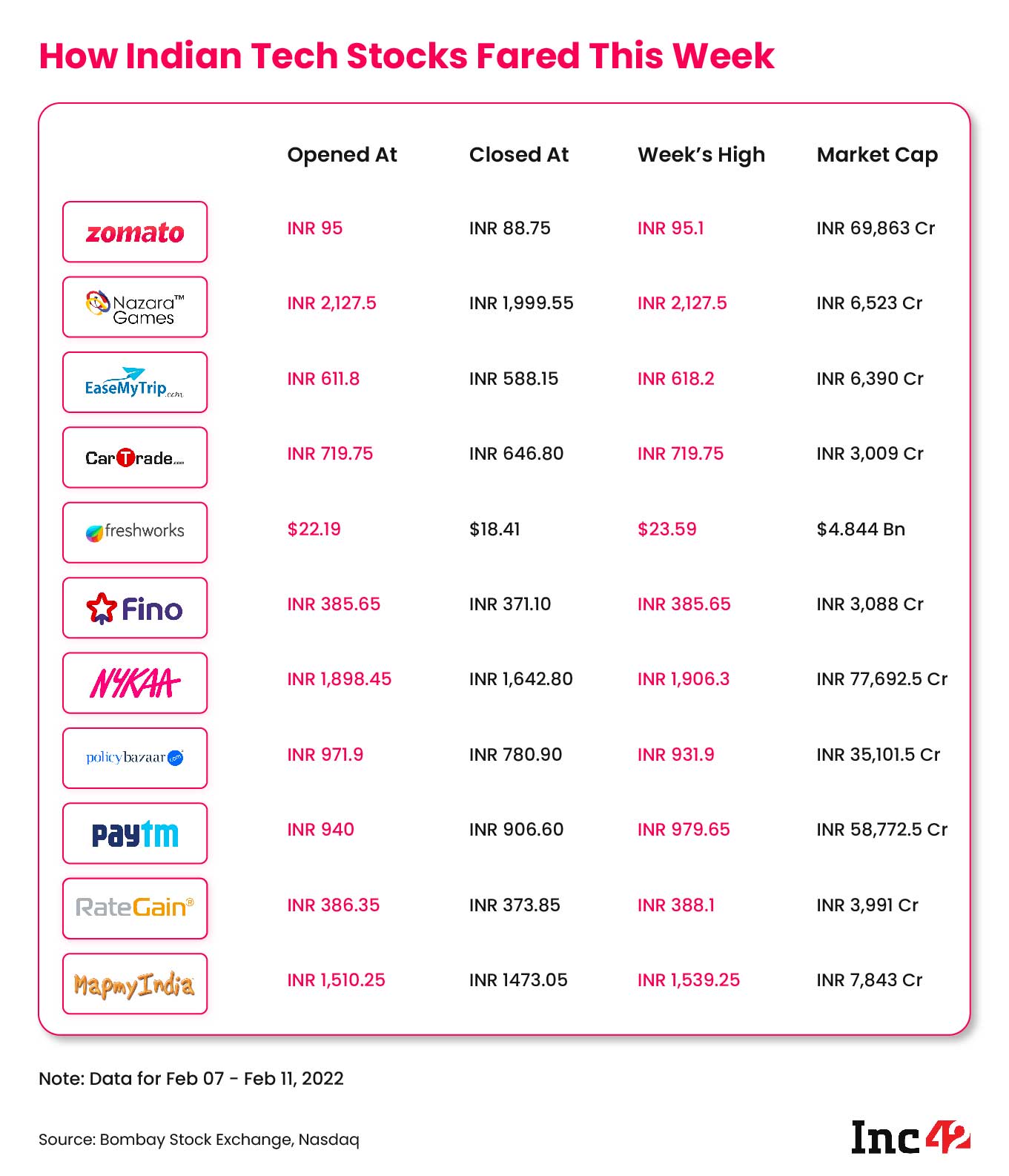 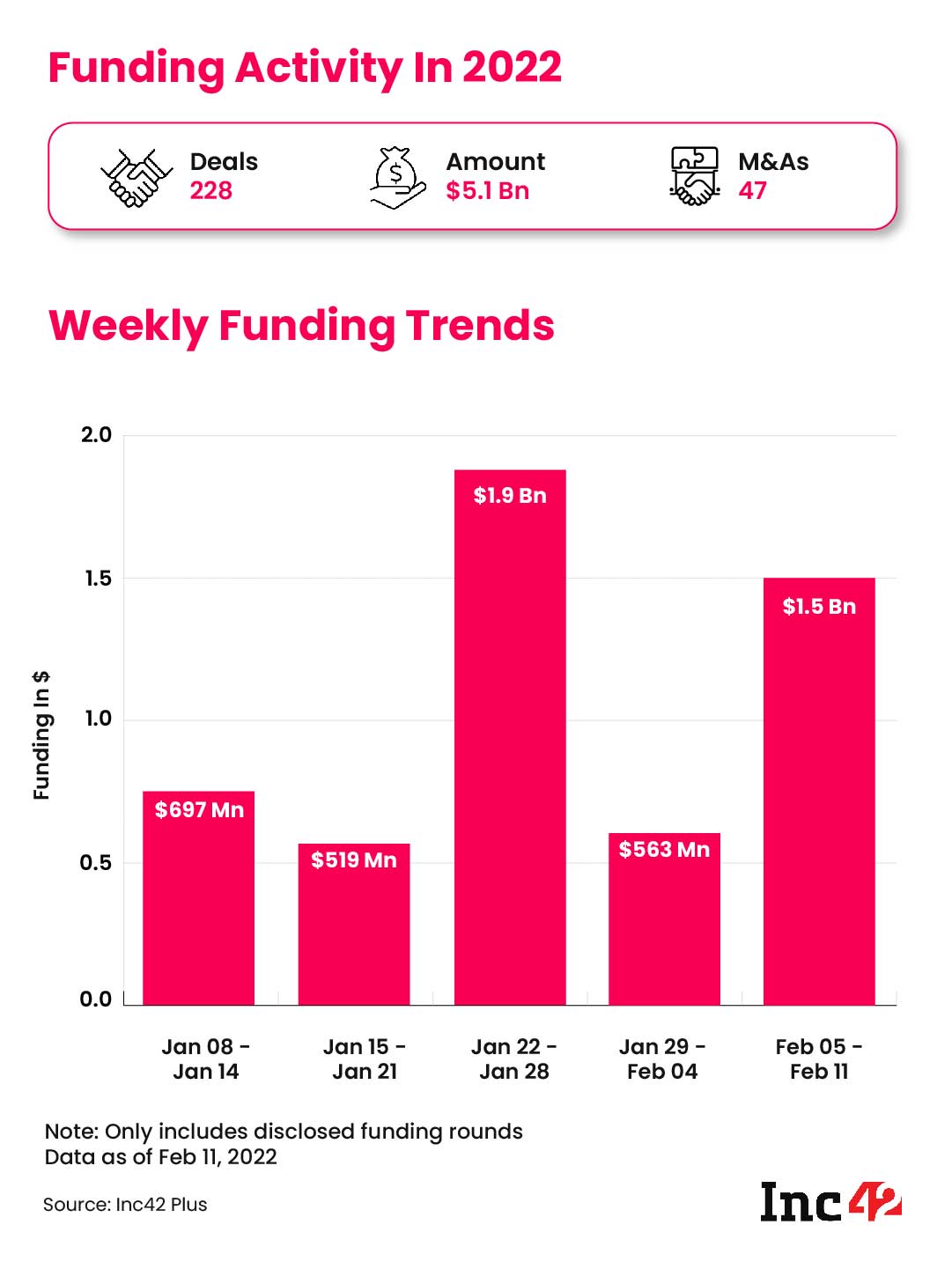