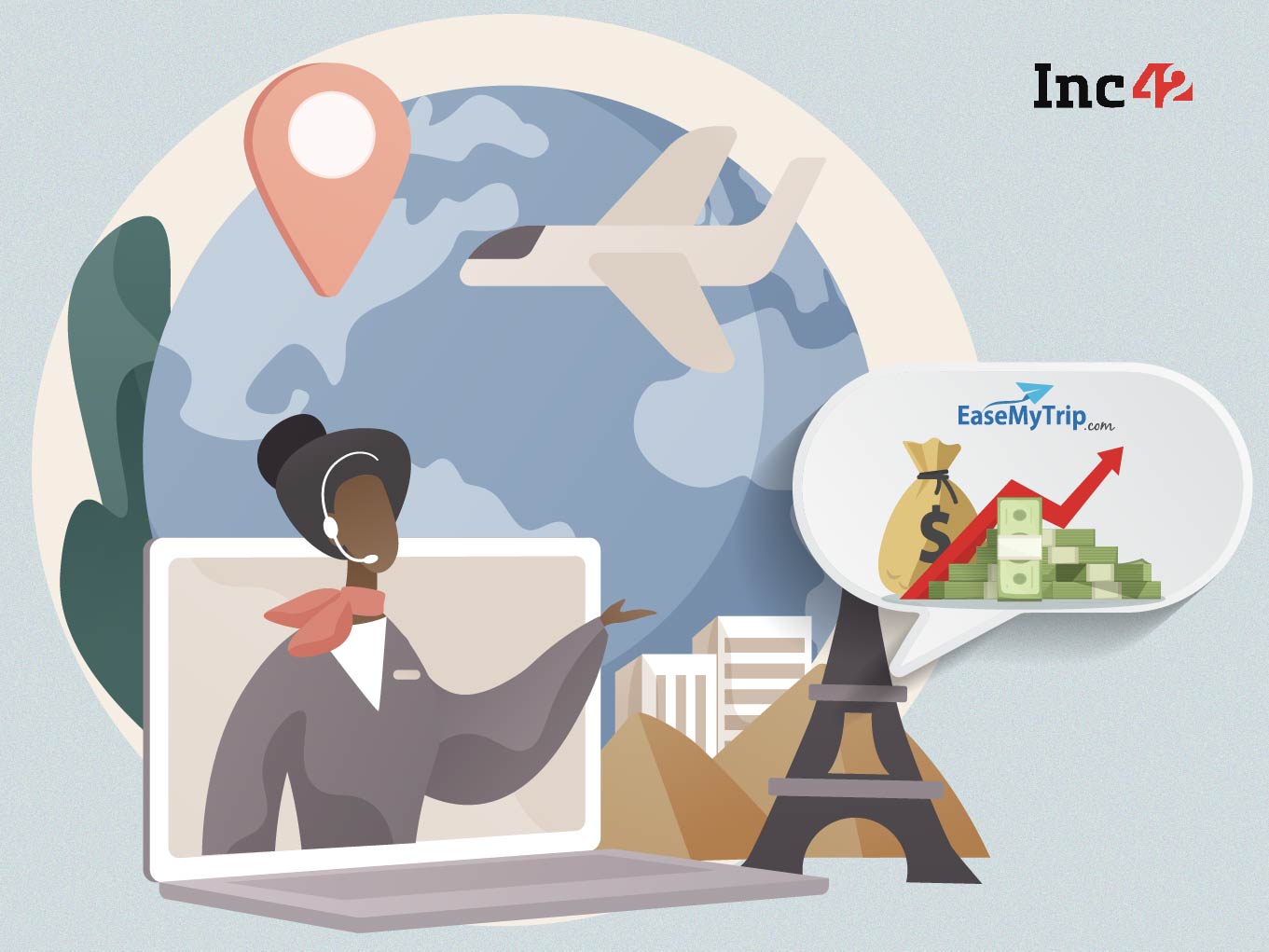 Riding on a strong festive season, online ticketing portal EaseMyTrip has posted a healthy earnings in Q3 of FY22 (Oct – Dec). The new age technology company has earned INR 85.7 Cr from operations in Q3 of FY22, a 51% rise from INR 56.6 Cr it posted in last quarter ending on September 30, 2021.

This is also almost a 2X rise from INR 44 Cr it posted as operational revenue in Q3 of FY21.

The company’s total earnings in Q3 of FY22 stood at INR 89 Cr, a rise from INR 59.8 Cr from last quarter. In the first nine months ending in December of FY22, revenue from operations of EaseMyTrip or (EMT) stood at INR 173.7  Cr, a significant jump from INR 72 Cr.

The company in its press statement said that its gross booking revenue in Q3 of FY22 stood at INR 1,293 Cr, a 65% increase from INR 782.7 Cr, it posted during the same period last year.

Founded in 2008 by Nishant Pitti and Rikant Pitti, EaseMyTrip was one of the early tech companies to get listed in 2021. The company went for INR 510 Cr IPO and  got listed on the domestic stock exchanges in March 2021.

The platform allows its customers to book air, rail and bus tickets and hotel and holiday packages, besides other travel services. In the Indian market, EaseMyTrip competes with Yatra, MakeMyTrip and Cleartrip, among others.

The company has been trying to strengthen its non-air business by acquiring smaller companies in the last quarter. In November, it had acquired Spree Hotels & Real Estate (Spree Hospitality) for INR 18.25 Cr to expand its footprint in hotel and holiday businesses.

In the following month, the company announced its acquisition of a bus-mobility tech startup YoloBus. EaseMyTrip’s rival ixigo, which is operated by Le Travenues Technology is also heading for an IPO this year, and has already received an approval for INR 1,600 Cr IPO.