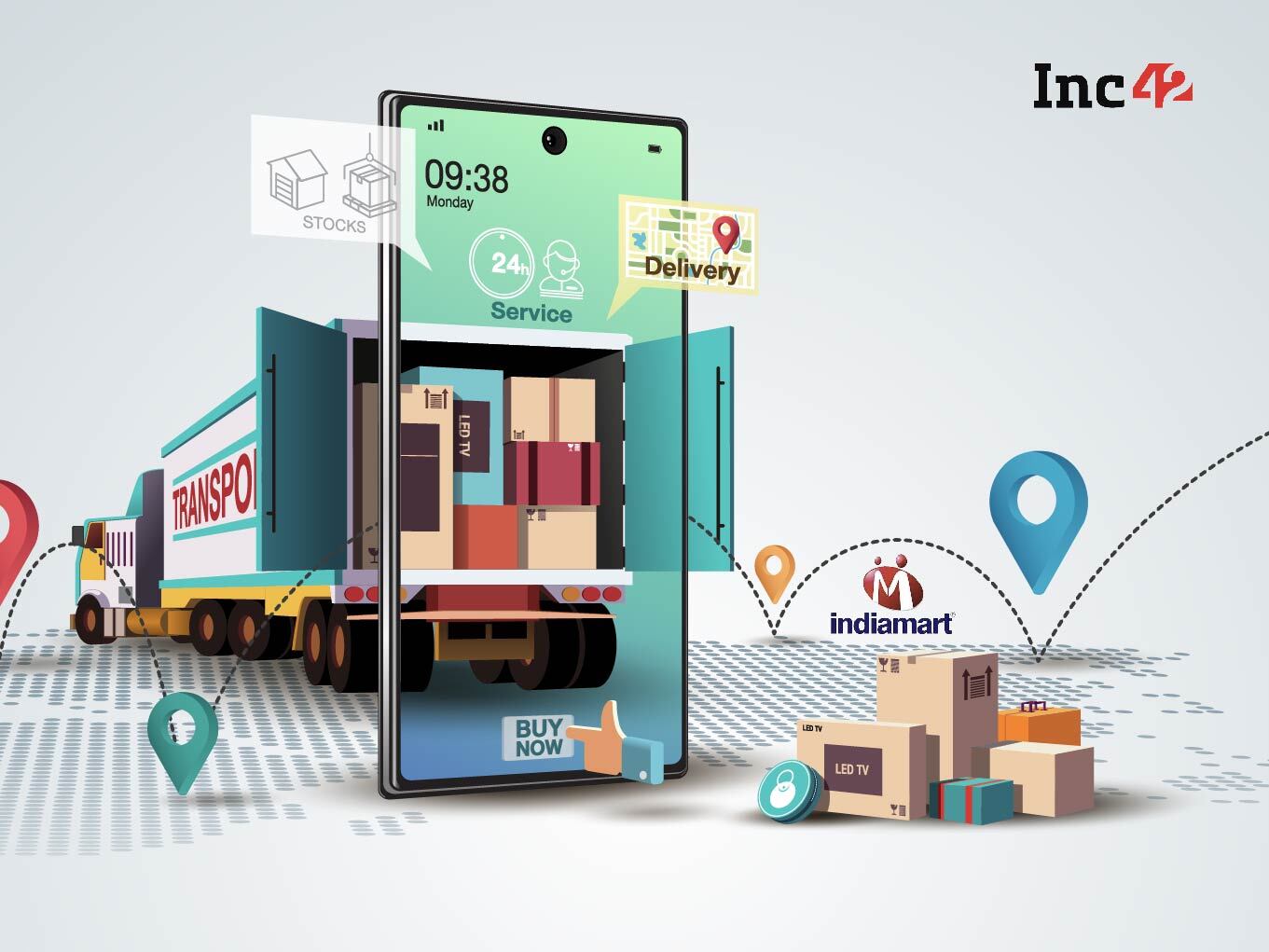 IndiaMart has also announced its participation in Series B of Vyapar of INR 217.5 Cr

B2B ecommerce platform IndiaMart has shown a fairly strong performance when it comes to revenue on a year-on-year basis. The 25-year-old company in Q3 of FY22 ( Oct-Dec) has earned INR 188 Cr from its operations. This is almost an 8% rise from INR 174 Cr, it posted during the same period in the last financial year i.e., in FY21.

This also is a 3% drop to INR 182 Cr the company posted in the last quarter.

When it comes to total revenue, the company posted INR 210 Cr, a 6% rise from INR 198 Cr it posted in the last financial year during the same period. However, this is a 2% drop from the previous quarter when IndiaMart clocked a total revenue of INR 214 Cr.

IndiaMart has also announced a 100% acquisition of Busy Infotech for INR 500 Cr. Busy is a 1997 incorporated company which offers accounting software.

IndiaMart also announced that it has pumped in INR 217.5 Cr in Vyapar. The Series B round of Vyapar was led by WestBridge Capital, along with the participation of existing investors India Quotient. IndiaMart had acquired 26% in Vyapar during its Series A round in 2019.

The significant rise can be attributed to the increase in sales between October and December, when the Covid-19 cases were down and the country was going through festive periods mainly Diwali, Durga Puja, and Christmas.

The rise can be attributed to its acquisition of Busy Infotech for INR 500 Cr. The company has also acquired 7.7% stake in Mynd Solutions which operates M1xchange, and 26% stake in Edgewise Technologies.  EasyCon, the brand that is operated by Edgewise Technologies, allows merchants to allocate, track and reconcile inventory across offline and online sales channels.

The company is competing against new age tech companies including Vidit Aatrey’s Meesho, IPO-bound Udaan, Bengaluru’s DealShare, among others. IndiaMart also locks its horns with US heavy giant Amazon, and Walmart-backed Flipkart.