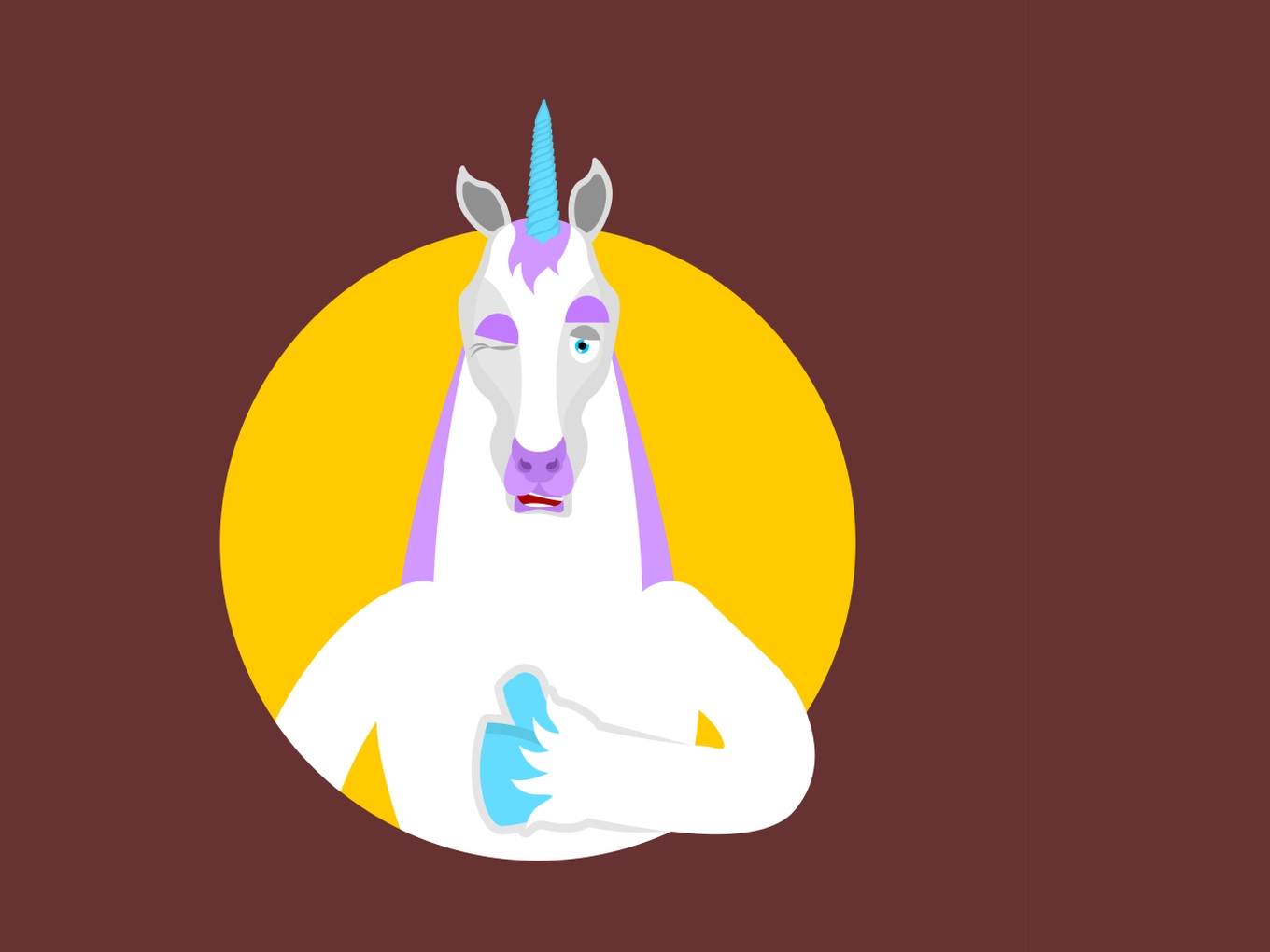 Many have questioned how the company, which only recently got the RBI nod to take over cash-strapped PMC Bank’s licence, expects to create a sustainable and trustworthy bank

It’s been the buzz among Indian startup watchers on Twitter all week. The grand BharatPe announcement of perks — BMW superbikes, the latest cutting-edge gadgets and lifestyle products, trips to Dubai for the Twenty20 cricket World Cup in November and early appraisals — has set off a barrage of opinions.

They range from claims that the policy is sexist to concerns about how it will create unfair expectations in the Indian tech job market. It also raises the question of whether the overall tech talent pool is being predominantly used by unicorns and large startups that have raised millions, while smaller startups have to fight on the basis of values and ethos, which are far harder to sell to a prospective employee than a BMW superbike.

The Delhi NCR-based fintech startup was roasted by several sections of the Indian startup community on Twitter with criticism coming from other founders too. Pravin Jadhav, former of Paytm Money CEO and currently the founder of Raise Financials, tweeted that benefits such as this will set unrealistic expectations among employees. “The more you see funded startups throw money around chasing talent, the more obvious it becomes how challenging building a culture is,” added Abhash K, the head of marketing at HR tech startup Springrole.

Ashwini Asokan, CEO of MadStreetDen and cofounder of Vue.Ai, added that with every boom in the startup ecosystem, there is a cycle of toxic culture that “invariably leads to toxicity”. She also said that mission and culture matter more than perks or benefits in many cases. 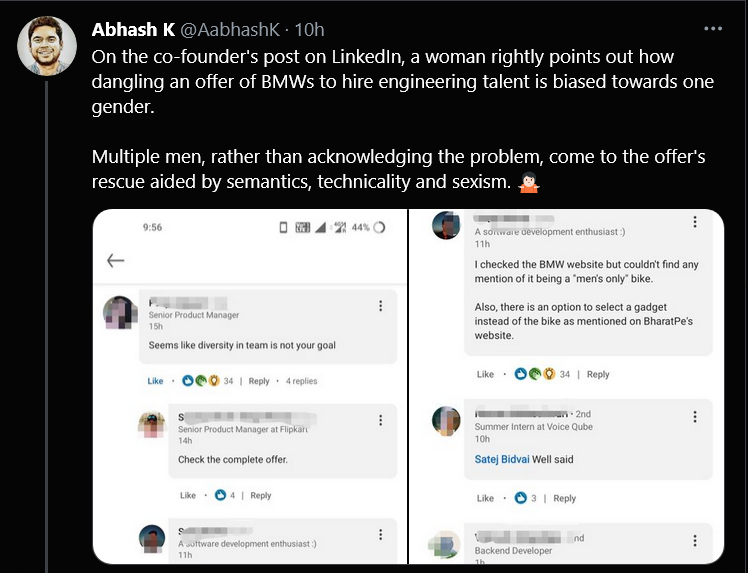 Of course, while most chose to look at the serious implications, others took potshots at BharatPe through jokes and memes.

Many have questioned how the company, which only recently got the RBI nod to take over cash-strapped PMC Bank’s licence, expects to create a sustainable and trustworthy bank if it shows such profligacy even before the operations have kicked off.

Banks are notoriously hard to run due to the intense capital and reserves pressure and the fact that deposits can be impacted by major episodes such as demonetisation, economic crises or even natural calamities. The risk is far too high and which is why most traditional banks are shrewd spenders and often only spend towards revenue-generating services or features.

BharatPe’s offer of bikes and gadgets runs counter to everything banks stand for. Banks are known for being straight-edged and prefer to offer perks quietly rather than in a bombastic way. Even though BharatPe would want to change that culture, going about it in such a way is loud and garish.

Many have questioned the logic behind BharatPe’s claim of achieving 3X growth in its tech team through these initiatives. How can perks ensure hiring? It’s not as if engineers are only concerned about these perquisites and not about things like work-life balance or even employee culture. Others believe that it will impact the career prospects of other techies that may not land high-paying jobs with perks at large startups.

For smaller startups, the stark reality is that hiring has already become too competitive, and such large packages by late-stage startups and unicorns will make it harder for them to acquire new talent. We may not see too many early stage startups with the same core tech team over several years as talent that upskills themselves will look to jump to a bigger ship with superbikes and other extras on offer.

In such a situation, smaller startups will end up becoming finishing schools for tech talent and will be constantly on the lookout for new talent to fill the gaps as older employees move out for better pay. This cannot be sustainable for the Indian tech startup ecosystem. Furthermore, these startups have to compete not only with mega tech startups but also large corporations and conglomerates that are also looking to fill the tech gap in their human capital pool.

One of the largest employers in the IT sector, Tata Consultancy Services (TCS), said that it planned to roll out salary hikes for its entire workforce of 469,000+ April 2021, the second raise in six months. With the forthcoming hike, TCS employees will get a cumulative increment of 12-14% in six months. Of course, big IT companies like TCS or Wipro cannot be compared with startups, but they do compete for the same talent pool.

The problem has also resulted in Indian engineers and programmers losing out on jobs because of the perks-driven mindset. As Advait Ruia, cofounder of Y Combinator-backed authentication platform SuperTokens, said on Twitter earlier this month, companies are turning to techies abroad to fill positions in India remotely. “In India, people are job hopping and the deciding factor for most people seems to be $$…” Even startups have said that they will be rolling out salary hikes for their employees. Some, like the furniture platform Pepperfry, are likely to offer a raise to those who have been in the system for more than six months. Most fintech companies are also offering hikes to employees who worked throughout FY2020-21.

Kaushik Banerjee, VP and head of business at HR firm Teamlease.com and its subsidiary Freshersworld.com, told Inc42 in April this year that some of the top startups had managed to roll out up to 4% hike even in 2020, the minimum they could manage at the time. But the situation has improved in 2021 for those startups that have managed to stay relevant in the post-pandemic market and have also bagged funding from VCs consistently.

Note that while the pandemic and the following lockdowns had earlier led to massive job cuts across the startup ecosystem, the subsequent funding boom has also seen a rise in demand for good talent.

Nearly $25 Bn has been raised this year already, led by mega-rounds for Flipkart, Swiggy, and a parade of new unicorns. This has turned the competitive landscape on its head. The bigger startups are gobbling up smaller ones at a rapid pace even as the talent pool has grown relatively slowly. Digitally skilled workers currently represent 12% of India’s workforce, according to an AWS report from February this year, which also estimated that the number of workers in India requiring digital skills will need to increase 9x by 2025. The big companies are likely to suck up most of this talent, creating a lopsided market.

Already, the conversation in the past few weeks has been about the purchasing power of the likes of BYJU’S, CRED, Unacademy and other mega startups that have become renowned for high pay packages. In the aftermath of the lockdown, many startups cut employee costs, but now the focus has shifted to growth and that means the talent wars are well and truly on.