The project will initially setup 300 zones in Bengaluru

These spots will include spaces such as bus stops, hospitals and more

According to Cisco, 800 Mn Indian still do not have access to high-speed internet 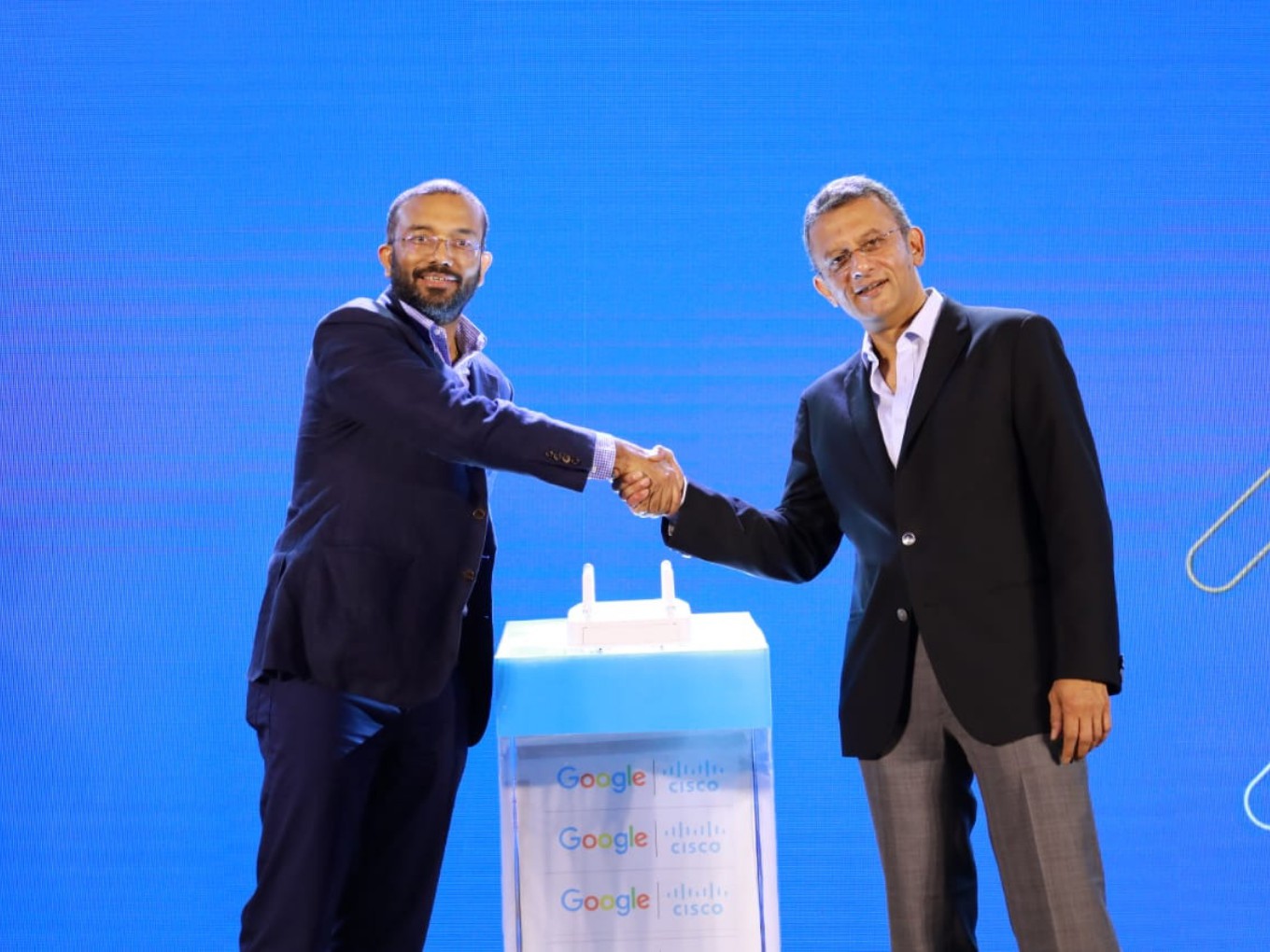 American technology conglomerate, Cisco has partnered with Google Station to roll out free high-speed Wi-Fi zones across India. Through this partnership, the company said,  it aims to provide communities around the country access to a free, open, high-quality public Wi-Fi.

The project is said to have already begun its first phase and aims to setup 200 Wi-Fi enabled locations in Bengaluru by September 2019. This will be followed by enabling of another 300 locations in the second phase of the project.  The locations being targeted under this project include public spaces such as bus stops, hospitals, government offices and more.

Even as telecom infrastructure has become increasingly robust and ubiquitous in India, public access to high-speed data is critical for connecting over 800 Mn Indians who still aren’t online. Reliable and the high-speed public is a key building block to realising the potential of a truly digital economy, the company said in a press statement.

Speaking at the launch, Sameer Garde, president of Cisco India and SAARC said, “Moving from slow to high-speed internet access will increase user engagement and benefit millions of internet users throughout the economic spectrum.  The success of digitisation and digital citizen services is also closely tied to the proliferation of high-speed internet.”

Further, he estimated the demand for public Wi-Fi hotspots to go up by 100X over the next three years, creating new markets for Cisco and its partners.

According to a TRAI report, globally there is 1 WiFi hotspot for every 150 people, and in India, 8 Mn additional hotspots must be installed to achieve the same ratio, creating new market opportunities for infrastructure providers and internet service providers. Currently, India is said to have only 52K Wi-Fi hotspots across the country.

Sajith Sivanandan, managing director and business head of Google Pay and Next Billion User Initiatives India said, “Our approach is to help create abundance where there is scarcity and do it sustainably. The proliferation of public Wi-Fi in India can provide a significant boost to the government’s digital ambitions of ubiquitous connectivity and digital inclusion and serve as a complementary network for telcos and offer users full high fidelity experience across India.”

According to Cisco, public Wi-Fi also provides an opportunity to develop a broader connectivity ecosystem in India, which can not only benefit users and wireless ISPs but also telecom service providers, handset manufacturers, and venue owners.

Besides the Indian government’s continuous impetus for internet penetration through the Digital India programme, private sector initiatives such as Google WiFi at 400 railway stations, Vodafone’s SuperWi-fi coupled with the entry of Reliance Jio 4G services have drastically brought down the cost of internet subscription. This has been instrumental to the growth of internet users in India.

According to Mary Meeker’s 2019 Internet Trends Report, global internet users have touched 3.8B, of which India’s internet user base was reported to make 12%. In a recent report, Google has also estimated India to have 400 Mn active internet users and 350 Mn connected smartphone users. “On an average India adds 40 Mn internet users on a Y-o-Y basis, which is among the fastest in the world. An Indian subscriber now has an average 8GB per month mobile data usage which has reached levels of developed markets,” the report added.

Further, the Internet and Mobile Association of India (IAMAI) has predicted that India’s internet users expected to register double-digit growth to reach 627 Mn in 2019, driven by rapid internet growth in rural areas.

The rise in internet users, however, is in contrast with the mobile penetration seemingly reaching its saturation point. Telecom Regulatory Authority of India (TRAI) most recent data showed that the number of mobile subscribers has seen a 1.85% decline in monthly growth rate, and the total has fallen by 21.87 Mn subscribers in March 2019. India has 1.16 Bn wireless or mobile telecom subscribers, out of a population of between 1.3 and 1.4 Bn, according to TRAI.