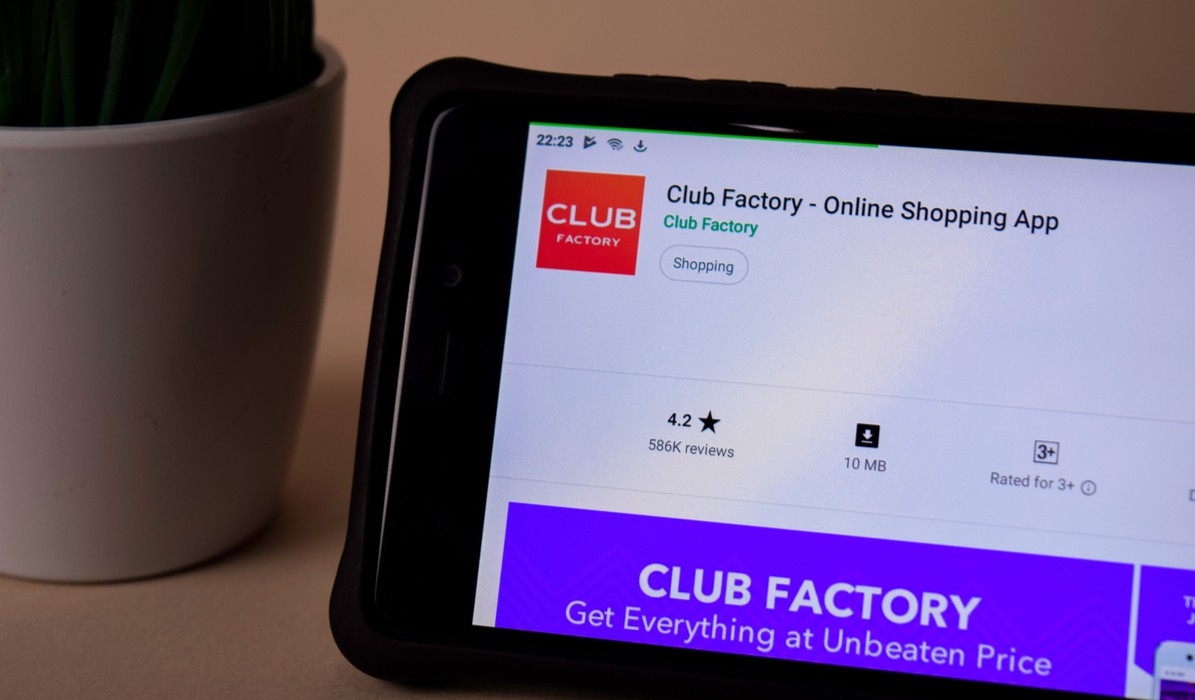 Chinese ecommerce platform Club Factory is reportedly onboarding over 10K sellers in India this year, and has plans to set up new offices in Bengaluru and Mumbai too.

India is the largest market for Club Factory with users in the country accounting for 40 Mn of its 70 Mn global users. Founded by Vincent Lou, the fashion ecommerce company was launched in India in 2016, but has been caught in controversy lately over the gifting loophole for imports.

Club Factory use artificial intelligence and knowledge graph technologies to optimise the supply chain for cross-border trade. It offers users low prices by connecting them directly to factory outlets from all over the world.

According to a media report which cited a Club Factory spokesperson, the ecommerce company is planning to open seller registrations from August and will also reportedly offer a marketing fee waiver for these sellers.

In April, the company had issued a media statement saying it will make significant investments in warehousing, delivery, technology and marketing to strengthen its India presence.

At that time, the company had claimed to adopt an hyperlocal scale-up strategy to make further inroads in the lifestyle category in India. Under this strategy, Club Factory has planned to leverage a hybrid model of data technology and local seller insights to drive the virtuous cycle of the ecosystem.

Lou had said that the Indian ecommerce market is showing potential for huge growth. “Club Factory has set sights on reaching every nook and corner of the country giving young Indian consumers easy access to affordable glamour at unbeatable factory prices.”

Club Factory had also shared plans to expand into other categories this year, to add to its existing product categories ranging from apparels, shoes, jewelry, home décor, handbags, and beauty products to gadgets. Recently in June, Club Factory was also found to have set up two companies in India for easier import of goods and selling them in the country.

A Deloitte India and Retailers Association of India (RAI) report has valued India’s ecommerce marketplace at $200 Bn and predicted it to touch the valuation of $1.2 Tn by 2021.

The concerns of Indian government revolves around the fact that Chinese ecommerce players such as Shein, Club Factory have been importing goods to India under the garb of gifts and thus, evading the customs duty. Free samples as well as gifts from overseas persons up to the value of INR 5K can be received duty-free in India. However, there is no limit on the number of gifts an individual can receive.

Customs officials at the courier terminals in Bengaluru and Delhi had stopped clearing parcels shipped under the CB-12 (gift and samples) route. Such parcels were being earlier stopped in Mumbai and now even the customs authority at Chennai ports is considering a similar action.

In June, Mumbai customs officials seized about 500 packages belonging to customers of Shein and Club Factory. The government has begun a review of customs norms governing gifts and is of the view that a tighter framework is needed. Responding to the growing Indian government concerns, Club Factory had said that it is focused on educating sellers and partners to comply with the local regulations.

Earlier this month, Indian government was reported to be exploring a combination of goods and services tax (GST) and customs duty of up to 50% on orders sent from China.