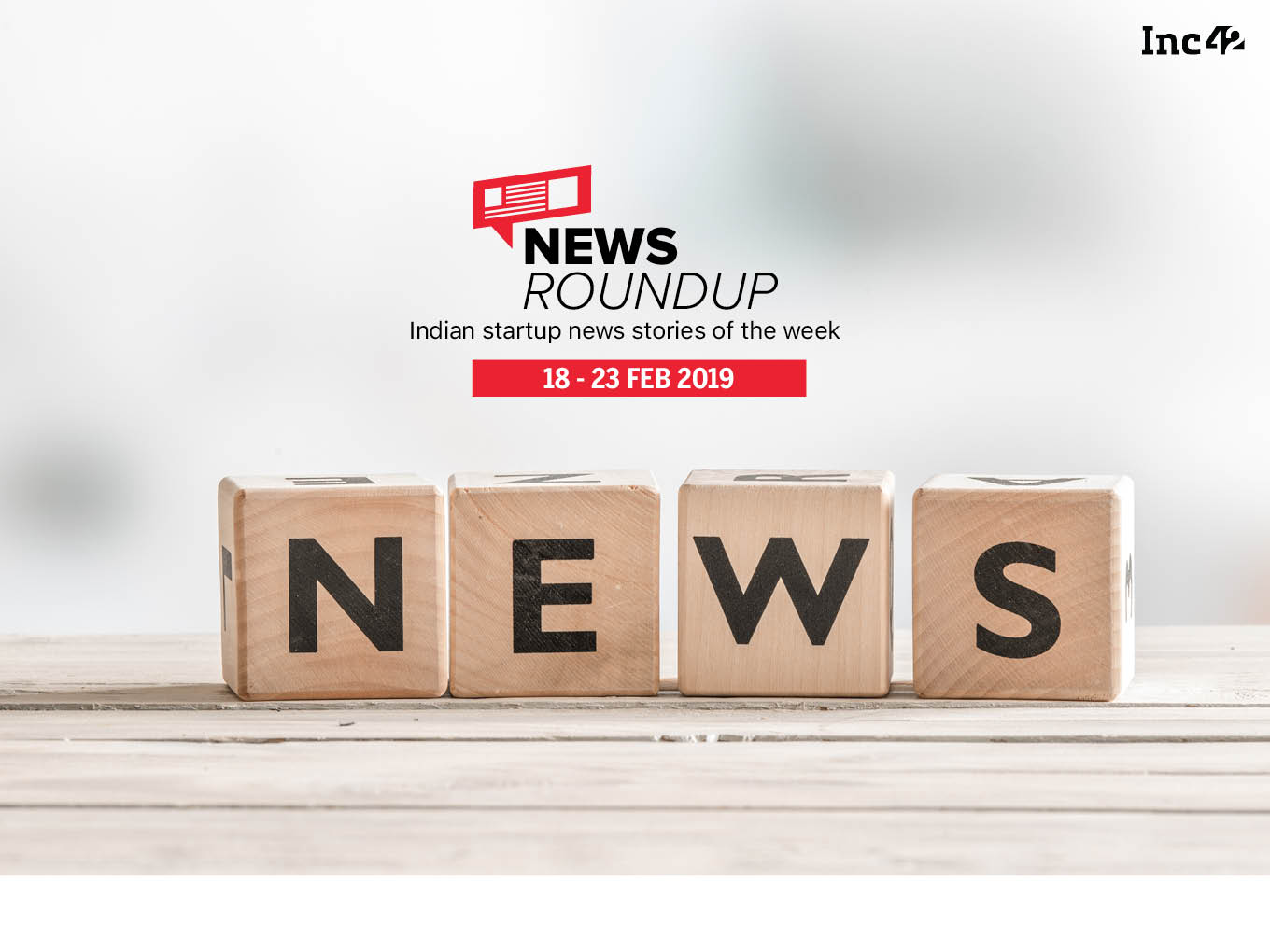 In a major development this week, Securities and Exchange Board of India (SEBI) has proposed a framework for accreditation of investors who want to invest in startups that would be listed on the Innovators Growth Platform. This includes investors having a demat account with a depository needs to make an application to the exchanges or depositories in the prescribed manner for recognition as an accredited investor, accreditation shall be valid for three years from the date of issuance and more.

Also, SEBI is proposing an “Innovation Sandbox”, which would be a testing environment where fintech firms and entities not regulated by SEBI including individuals may use the environment for offline testing of their proposed solutions in isolation from the live market, subject to fulfilment of the eligibility criteria, based on market-related data made available by Stock  Exchanges, Depositories and Qualified Registrar and Share Transfer Agents (QRTAs).

There’s a lot more that happened this week from multiple data breach reports, WhatsApp telling the government it was quick to fix the issues and more. Here are more Indian startup news from the Indian startup ecosystem.

At the World Trade Organisation’s discussions on ecommerce, the US, Europe, Japan and China have been seeking rules which will benefit the likes of Amazon, Alibaba and Uber to access the global market. In such a situation, India along with South Africa and Saudi Arabia had been fighting to keep a unilateral mechanism for global ecommerce. However, recently, Indian government had to drop a mention of the issue in a declaration issued after the mini-ministerial meeting hosted last week. Even its supporters have taken a step back, but the country is going to hold firm as very little benefit accrues to consumers and domestic players.

Reports have said that discounts by Swiggy and Zomato will be down at least 40%. These companies have been burning $30 Mn – $40 Mn every month as they offer discounts to onboard new customers and retain old ones. However, decreasing discounts are already a part of food ordering nowadays as the miniscule discounts transform into restaurant handling charges, taxes and delivery charges.

Of Data Breaches And The Saves

Ola And Foodpanda’s Hitch In The Ride

Telecom Regulatory Authority of India (TRAI) hosted discussions on plans to regulate over-the-top (OTT) players such as Facebook and WhatsApp which revolved around the fact that these OTT players provide services such as calling and messaging which are similar to telecom companies. Mobile phone operators pushed for regulating such apps while the apps pushed back saying that they were already regulated under the IT Act, and further regulation would stifle innovation.

In response to the Election Commission of India seeking opinion on whether correspondence between EC and the social media companies can be disclosed to the Right to Information (RTI) applicants, a few social media companies have now denied sharing such correspondence.  IAMAI had written to the EC last week, stating that the companies had expressed reservations about sharing copies of their correspondence. It is being said that Facebook and Google categorically declined to share the information with RTI applicants.

Mastercard has been in compliance with the data localisation norms since October 2018, as transaction data of the Indian users are being stored in local servers only. It has already begun removing data of Indian users stored in overseas servers. This process is expected to be completed by the end of this year.

Netflix has planned to launch 22 original movies and 11 series from India by 2020. This is said to be a part of the company’s effort to create diverse and appealing content from India. The reason for the company’s optimism about the Indian market is in the viewership numbers for the platform in the country. The company claimed that the number of films watched per month per subscriber in India has grown by 50% since last year.

Myntra said that the new Roadster Go store in Bengaluru is spread across 3,200 sq ft and enables shoppers to pick up their favourite products without any assistance. The users can discover real time online prices and do a self-checkout in 30 seconds. Also, the RFID enabled digital screens at the store offer shoppers detailed information about a particular product when held up against it.

Delhi-based payments startup BharatPe has partnered with Apollo Finvest to enable lending on its platform and has plans to add more partners. It will be offering loans in the range of INR 10K to INR 1 Lakh at an interest rate of 1.67% per month. The company plans to use merchant’s consistent transactions record on the platform for the last three months, as a measure for the underwriting process.

Subscription programme of Paytm, Paytm First, has collaborated with Eros Now to allow its subscribers access to Eros Now Plus services, which includes over 12K movies, TV shows, music, music videos, short-format content – Eros Now Quickie – and more. This will strengthen co-development and integration of both platforms and provide high-quality online video content to consumers.

After removing 24% of hate speech before being reported in Q1 2017, Facebook says it has identified and removed 65% of the posts before them being reported in Q1 2019.  The company said it took down 4 Mn hate speech posts in the first quarter. Further, it continues to invest in technology to expand its ability to detect this content across different languages and regions.