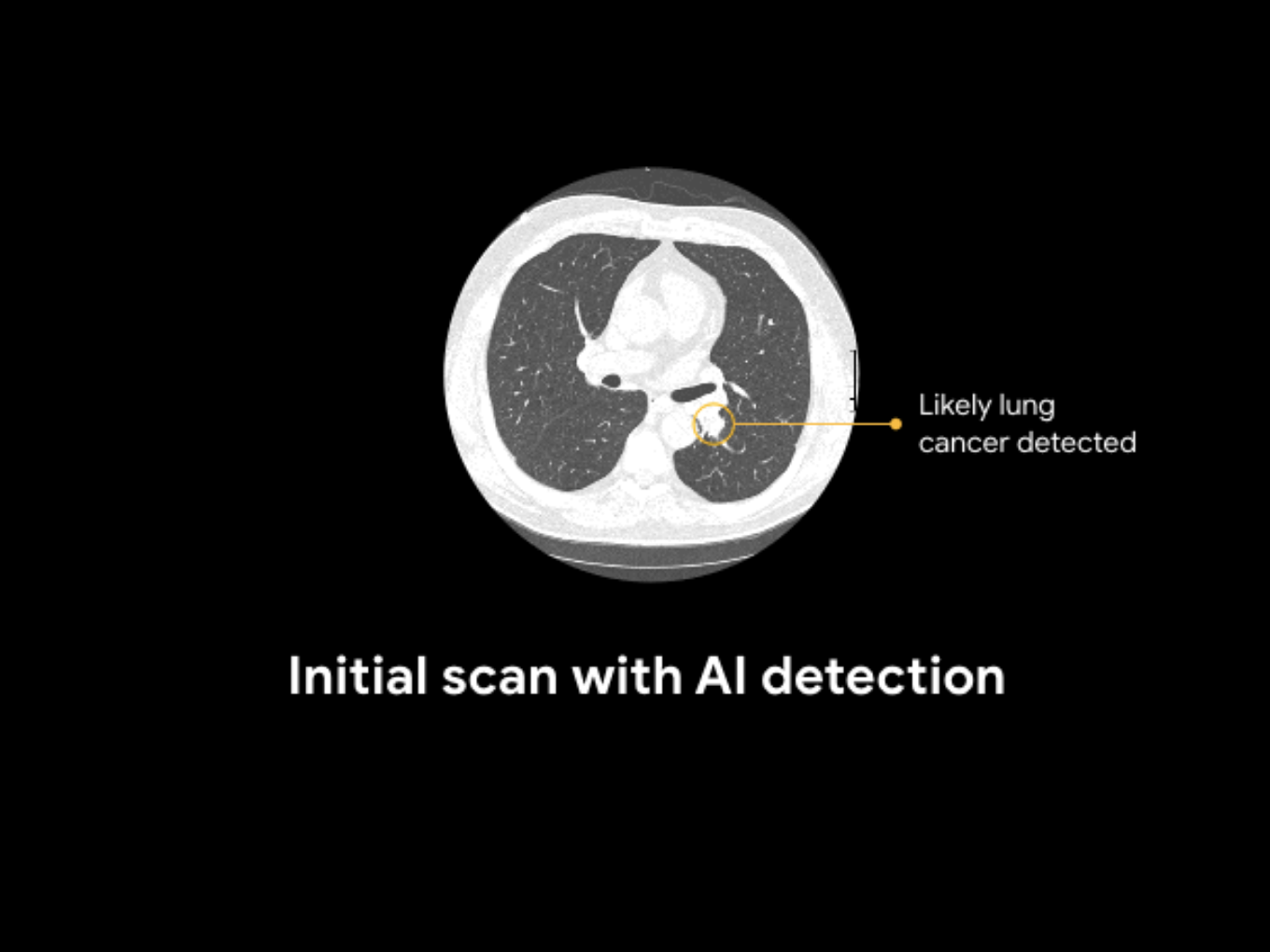 Alphabet’s Google team has reported a new research which can use artificial intelligence (AI) to predict lung cancer risks. According to World Health Organization, lung cancer results in over 1.7 Mn global deaths per year — even more than the combined number of cases of breast, prostate and colorectal cancer. In 2018, 2.09 Mn cases of lung cancer have been reported worldwide.

The cases which are detected early have more chances of recovery and thus, doctors have been exploring ways to screen high-risk lung cancer patients.

According to Shravya Shetty, Google’s technical lead, “Though lower dose CT screening has been proven to reduce mortality, there are still challenges that lead to unclear diagnosis, subsequent unnecessary procedures, financial costs, and more.”

“In late 2017, we began exploring how we could address some of these challenges using AI. Using advances in 3D volumetric modeling alongside datasets from our partners (including Northwestern University), we’ve made progress in modeling lung cancer prediction as well as laying the groundwork for future clinical testing.” she added.

Typically, radiologists use hundreds of two dimensional (2D) images scanned in a single CT scan. According to Shetty, this approach makes it hard to spot the cancer, as it can be very miniscule.

To solve this, the team has created an AI model that generates the overall lung cancer malignancy prediction in 3D volume and also helps in identifying subtle infectious tissues (lung nodule). Google’s AI model can also take into account past scan results on the patient to compare and detect any suspicious growth in the lung tissues.

As compared to single CT scans, the Google’s AI model claims to have performed on par or better than the six radiologists. Further, Google’s study found that this model was able to detect five percent more cancer cases along with reducing false-positive exams by over 11% as compared to unassisted radiologists.

“Our approach achieved an AUC of 94.4% (AUC is a common metric used in machine learning and provides an aggregate measure for classification performance).” Shetty said.

The team will now collaborate with Google Cloud Healthcare and Life Sciences team to make this model accessible through the Cloud Healthcare API. “We are also in early conversations with partners around the world to continue additional clinical validation research and deployment.” she added

Earlier, Google had experimented with various use cases of AI in healthcare, such as diagnosing eye diseases, or predicting patient outcomes using deep learning for health records management.

Other Innovators Using AI in Healthcare

The use cases are expanding from customer service support, to online advertising, to smart home applications, self-driving cars, drones and a lot more. Arguably though, some of the most exciting work is being done in healthcare and medicine.

In 2016, researchers at Houston Methodist Research Institute in Texas were reported to have developed an AI program to detect risks of breast cancer in mammograms. This AI program claimed to generate diagnostic information about a patient at a 99% accuracy rate delivered at a 30 times faster pace than a human doctor.

Mumbai-based Qure.ai applies AI and deep learning technology to studying radiology images for quick and accurate diagnosis of diseases. The startup claims its algorithms can detect clinically-relevant abnormal trauma findings from X-rays, CT Scans and MRIs in a fraction of the time that doctors typically take.

Internationally, startups such as US-based Face2gene are working to revamp the healthcare sector. Face2gene has created a genetic search and reference application for physicians, which can scan through the images of a patient’s face and detect genetic disorders such as Down’s Syndrome. Another similar product is Belgium-based Diploid’s Moon, which enables early diagnosis of rare diseases.