OYO and Pine Labs have converted into a public company ahead of its IPO offering; Freshworks is planning a $912 Mn IPO at a valuation of $9 Bn 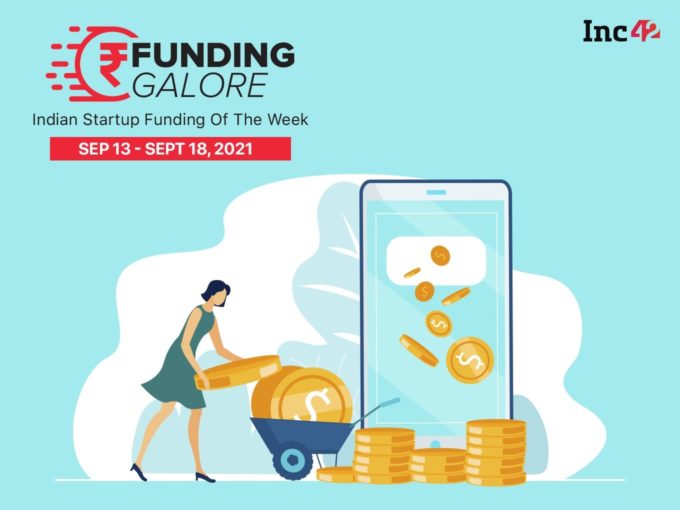 The Indian startup ecosystem appears to be on a steady track of recovery since last week. While startups raised over $447 Mn last week, the funding this week is up by over 25%. This week, Indian startups raked in over $569 Mn across 38 deals, and two startups, Mobile Premier League (MPL) and Apna entered the unicorn club.

The highest funding this week was bagged by esports startup MPL. As part of its Series E round, it raked in $150 Mn from Legatum Capital, Accrete Capital and Gaingels LLC, at a pre-money valuation of $2.3 Bn. In addition, its existing investors Moore Strategic Ventures LLC and RTP Global, were also part of the round.

Needless to say, the second-highest funding this week was attained by the marketplace for blue-collared workers — Apna. It became one of the fastest Indian startups to enter the unicorn after it raised a $100 Mn investment at a valuation of $1.1 Bn. Tiger Global, Owl Ventures, Insight Partners, Sequoia Capital, Maverick Ventures and GSV Ventures participated in this round.

Another startup that raised $100 Mn in funding this week is fintech unicorn Pine Labs. The startup raised this round from Invesco and it appears to be the Pre-IPO round for Pine Labs before hitting the US market next year.

Besides, IPO-bound epharmacy platform PharmEasy has invested $41 Mn in health tech startup Aknamed and acquired a majority stake in the startup. The acquisition is expected to complete in the coming weeks.

Across the 38 investment rounds, 80% of the funding was bagged by enterprisetech, fintech, and ecommerce sectors. While the three sectors saw seven funding rounds each, the healthtech segment also saw increased investment compared to last week.

Fintech Unicorn Pine Labs has hired US-based investment banks Morgan Stanley and Goldman Sachs as advisors for its initial public offering (IPO) in the US next year. The startup, which turned into a public company last week, is reportedly targeting a $6 Bn valuation when it hits the public market. However, the unicorn is hoping for the valuation to surge further. In addition, through its US stock exchange in Nasdaq, aims to raise $100 Mn.

Ahead of IPO, OYO Turns Into A Public Company

The news of the startup turning into a public company comes at the heels of it increasing its authorised capital share from INR 1.17 Cr to INR 901 Cr. Ideally, a company would only increase its capital share when it is targeting to raise more capital.

Although, with the unicorn converting into a public company, it is plausible that the startup may hit the public market earlier than expected. The startup is most likely targeting a $6 Bn valuation with the IPO.

SaaS unicorn Freshworks, which has filed for IPO in the US market, is targeting a $9 Bn valuation. According to its SEC filings, it will trade 28.5 Mn Class A common stock shares for approximately $28-$32, therefore raising $912 Mn at the highest proposed price.

The startup will list in the US Nasdaq stock exchange under the symbol “FRSH”. In addition, the startup revealed that it had sanctioned the underwriters — Morgan Stanley, JP Morgan, BofA Securities — to allot an additional 2.85 Mn shares on the off chance of oversubscription.

Edtech unicorn BYJU’s has marked its ninth acquisition this year with US-based coding startup Tynker for approximately $200 Mn. With the acquisition, Tynker’s founder Krishna Vedati, Srinivas Mandyam and Kelvin Chong will remain in their roles and continue carrying Tynker’s day to day operations.

This is BYJU’s third acquisition of a US-based startup after Osmo and Epic, which is part of the edtech giant’s ambition of investing $1 Bn in the North American market.

Bengaluru-based VC and private equity firm Jupiter Capital has announced the launch of a $150 Mn fund named J1 Capital. With the fund, Jupiter will invest in  Pre-Series A and Series A rounds of B2B SaaS startups. The fund will be led by David Abikzir, executive director and chief investment officer, Jupiter Capital. With an average ticket size of $1-10 Mn, the VC targets to close $50 Mn funds in its portfolio companies between 2021-23.

Venture capital firm Gemba Capital, which usually invests in pre-seed and seed stage tech startups in India, has announced the launch of its micro-VC fund of $10 Mn. The firm will use the funds to invest in 24 early-stage startups across sectors, including SaaS, consumer tech, fintech and deep tech, with the first cheque of $250K and a 35% reserve ratio for the subsequent investment rounds.