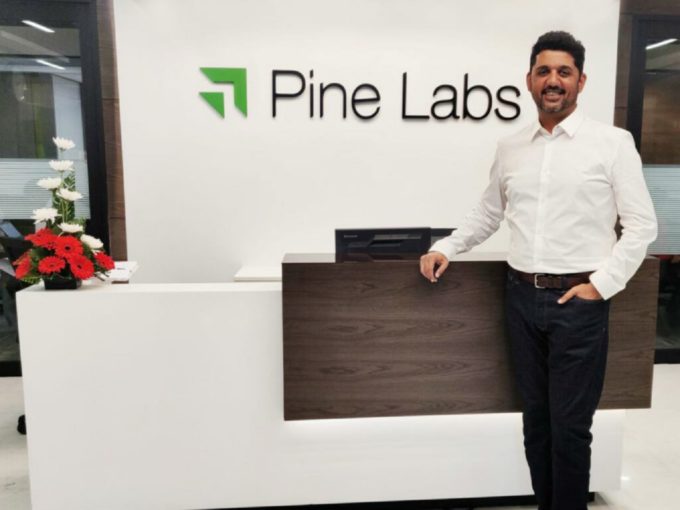 Fintech unicorn Pine Labs has raised $100 Mn from US-based investment management company Invesco, which appears to be the pre-IPO round that Pine Labs was planning to raise before it hits the US stock market next year.

Earlier today (September 16), reports surfaced that Pine Labs has hired US investment bankers Morgan Stanley and Goldman Sachs as its advisors for the initial public offering (IPO). The digital payment giant is seeking a valuation of $6 Bn for its IPO and is looking to raise close to $100 Mn.

At present, Pine Labs will be the third Indian digital payment startup going public along with Vijay Shekhar Sharma’s Paytm and Bipin Preet Singh’s MobiKwik. Paytm has filed its draft red herring prospectus (DRHP) of INR 16,600 Cr whereas MobiKwik will be raising INR 1,900 Cr through the public market in the coming months.

These startups are going public at a time when more Indians are opting for digital payment options for its convenience and to prevent the spread of the contagious COVID-19 virus.  As per a report by ACI worldwide, India retained the top spot in terms of digital transactions worldwide with 25.5 Bn real-time payments transactions, followed by China. South Korea is in the third spot with 6 Bn transactions whereas Thailand stood at 5.2 Bn digital transactions.

Earlier this year in July, Pine Labs bagged $600 Mn from Fidelity Management & Research Company, BlackRock, Ishana, IIFL at valuation of $3 Bn. The startup had raised $285 in May from Baron Capital Group, Duro Capital, Marshall Wace, Temasek among others. Before the new round, as per Crunchbase, Pine Lab has received investment worth $738 Mn in over nine rounds. The startup is backed by marquee investors such as Sequoia Capital, MasterCard, Paypal, Lone Capital and others.

Pine Labs emerged as the first startup to have entered the unicorn club in 2020, after it closed a deal with US multinational financial services corporation MasterCard. Founded in 1998 by Lokvir Kapoor, Pine Labs enables large and mid-sized businesses in Asia and Middle East to accept digital payments. The startup further provides merchant commerce solutions including enterprise automation systems such as customer relationship management and inventory management.

Pine Labs’ cloud-based platform helps 140,000 merchants, 3.5 lakh PoS (point of sale) terminals across 3,700 cities and towns in India and Malaysia. More than 15 major banks, seven financial institutions and more than 100 brands are a part of Pine Lab’s platform that processes payments worth $30 Bn every year. In April this year, Pine Labs acquired Southeast Asia’s fintech startup Fave for $45 Mn to strengthen its digital payments solutions in India as well in foreign countries. Fave