Mobile Premier League (MPL) has raised fresh capital in Series E round from Legatum Capital with participation from Sequoia, SIG, RTP Global, Go-Ventures and others

With MPL, India has seen 25 Indian startups entering the unicorn club in 2021 to date

MPL’s valuation is said to have doubled from $925 Mn in February this year to $2.3 Bn within six months 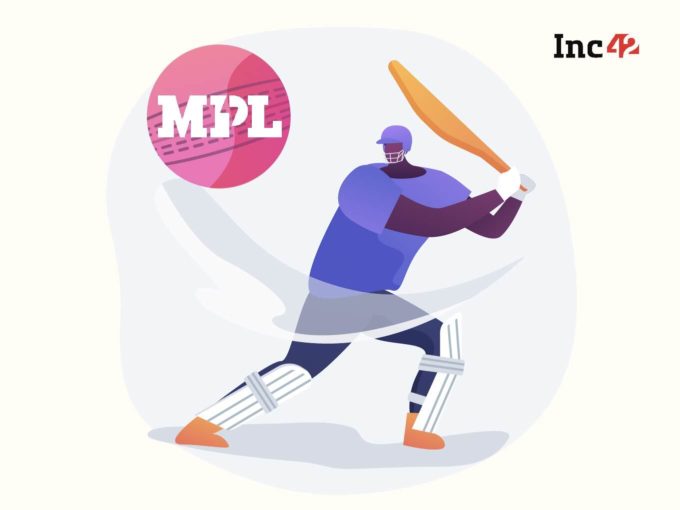 India’s esports gaming startup Mobile Premier League (MPL) is the new entrant to the celebrated unicorn club from the country. The Bengaluru-based gaming platform closed its Series E round by raising around $150 Mn from Legatum Capital, Accrete Capital and Gaingels LLC, at pre-money valuation of $2.3 Bn. Existing investors including Moore Strategic Ventures LLC and RTP Global have also participated in the round.

With MPL, India now has 25 startups that have entered the unicorn club (total 67 to date). MPL is also the second esports platform after Dream11 to cross the valuation mark of $1 Bn. MPL had last raised $95 Mn in February this year at a valuation close to $925 Mn. The earlier round was led by new investors in Composite Capital, Moore Capital and Telstra Ventures, along with participation from a bunch of its existing backers. It appears that the startup has doubled its valuation in the short period of six months.

Founded in 2018 by Sai Srinivas Kiran G and Shubh Malhotra, MPL offers various gaming options such as skill-based games like daily fantasy sports and chess to casual games such as 8 Ball Pool and Fruit Ninja. As per Crunchbase, before the recent funding, the company had raised $225 Mn in four funding rounds from a clutch of  investors. At present, MPL claims to have 85 Mn users in India, the US, and Indonesia. Over the course of years, the startup has partnered with several game developers and added over 70 games to its platform.

It is worth mentioning that MPL’s  sports merchandise brand MPL Sports replaced global sports brand Nike as the official kit sponsor and merchandise partner of national cricket men’s and women’s sides, along with the U-19 team.

MPL directly competes against another unicorn esports platform Dream11, along with Ballebazzi, My11Circle, Nazara’s Halaplay and others. Dream11 which was founded in 2008, almost 10 year prior to MPL, is at present valued close to $5 Bn.

On the development, Srinivas who is the CEO of MPL, said,  “This investment is a recognition of the potential of the Indian gaming and esports industry and an endorsement of the capability of MPL to expand globally. MPL’s proven success in India and Indonesia encouraged us to launch in the US, one of the world’s largest gaming markets. Our US operations are off to a promising start and we’re thus fulfilling our resolve to make our platform the esports and gaming hub of the world.”

Over the past couple of years, fantasy sports have gained wide popularity in the country mostly due to the arrival of shorter and frequent formats of cricket. According to a report by the Federation of Indian Fantasy Sports (FIFS), The Indian online fantasy sports segment over the years has seen tremendous growth. The report highlighted that between 2016 and 2019, the user base for the fantasy sports segment has grown by 4,400% from 20 Lakh to 9 Cr, resulting in an increase in revenue from INR 920 Cr in FY19 to INR 2,400 Cr in FY20.

The government think tank Niti Aayog had suggested operating standards for online fantasy sports and cited as per industry experts the segment has the potential to attract FDI of more than INR 10K Cr over the next few years as well as generate 1.5 Bn online transactions by 2023.