The highest funding this week, $100 Mn, was brought in by neobanking startup Open

boAt and BYJU’s will hit the public market sometime next year; OYO has increased its authorised share capital ahead of its IPO 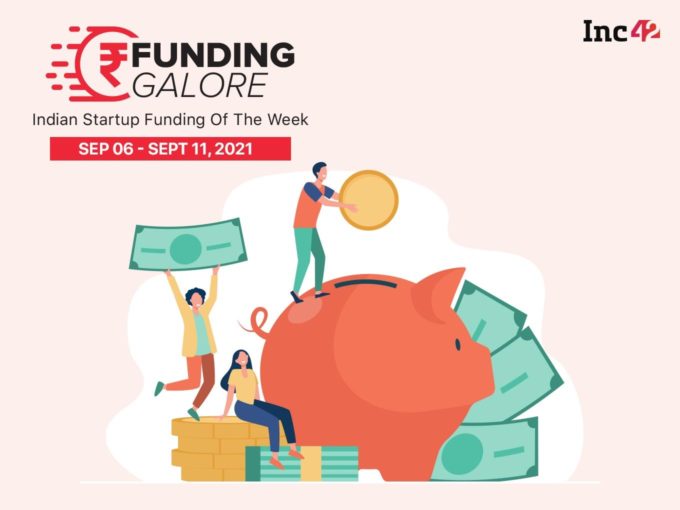 The Indian startup ecosystem appears to have revived from the slump that has been ongoing for the last two weeks. This week’s funding amount has taken almost a 243% jump compared to the previous week, as startups raised over $447 Mn across 39 rounds, while last week, it raised $130 Mn — the lowest in the last two months.

The highest funding this week was raked in by the Bengaluru-based neobanking startup Open, wherein the four-year old company raised $100 Mn at a valuation of $500 Mn from SoftBank Investment Advisers, Temasek, Google, Tiger Global, 3one4 Capital and Visa.

In addition, a media-focused SaaS startup run by Baskar Subramanian, Srinivasan KA and Srividhya Srinivasan, Amagi, also secured $100 Mn in funding. With the deal, the venture funds have taken stakes held by Emerald Media (an investment platform backed by KKR) and Mayfield Fund, giving them an exit. The startup’s existing investor Nadathur Holdings will continue as an investor.

Another major funding this week was secured by overseas education solution startup Leap — the parent company of LeapFinance and LeapScholar. The startup raised $55 Mn as part of its Series C round from Owl Ventures, Harvard Management Company, Jungle Ventures and Sequoia Capital India. With the Series C round, the startup has now raised total equity capital of over $75 Mn.

Another edtech startup, Gurugram-based higher education platform CollegeDekho, raised $26.5 Mn as part of its Series C round. The funds which it raised from Winter Capital Partners, ETS Strategic Capital, Calega and existing investors Man Capital and Rajeev Chaba will be channelled for integration of services, including college accommodation,  financial services and new courses, on its platform.

Out of the 39 funding deals this week, 86% of the investments were seen in the fintech (8), edtech (7) and enterprise tech (6) segments. Here are all the funding rounds disclosed this week:

Consumer wearable electronics startup boAt is reportedly in the process of listing itself for an initial public offering (IPO). The startup plans to raise INR 3,500 Cr early next year at a $1.4 Bn (10,000 Cr) valuation. Besides raising funds, with the IPO listing, some of its existing investors might take an exit. boAt plans on listing itself anytime between March and June next year.

Byju Raveendran-led highest-valued startup BYJU’s is planning to hit the public market in the upcoming 8-10 months, which is earlier than its speculated timeline of 14-15 months. According to earlier reports, top investment banks have suggested a valuation of close to $40-45 Bn if it lists on the stock exchange sometime next year.

IPO-bound hospitality giant OYO has surged its authorised share capital from INR 1.17 Cr to INR 901 Cr after board approval on September 1, 2021. According to its regulatory filings, the startup plans to allot 80 Series F2 Compulsorily Convertible Cumulative Preference Shares (CCPS) of INR 100 each, but with increased authorised share capital.

In addition, OYO will be allotting 177 Series F2 CCPS of INR 100 each, in essence, the startup is likely to receive a bigger cheque from investors in days to come.

With the acquisition, the company aims to diversify into new segments, including airlines, automotive and healthcare.

San Francisco-based Notion has acquired Hyderabad-based Automate.io for an undisclosed amount. Automate.io is a workflow automation platform and an integration-platform-as-a-service (iPaaS) product, with 40K+ customers globally. With the acquisition, Notion has set its base in India.

Despite the acquisition, Automate.io will continue its operations independently and integrate Notion to its existing suite of 200+ software and apps for business use cases. In addition, it will be added to Notion’s API platform that will help developers build on top of Notion. Further, Notion is absorbing Automate.io’s entire team, with Gudibandla leading the team in India in a new role.