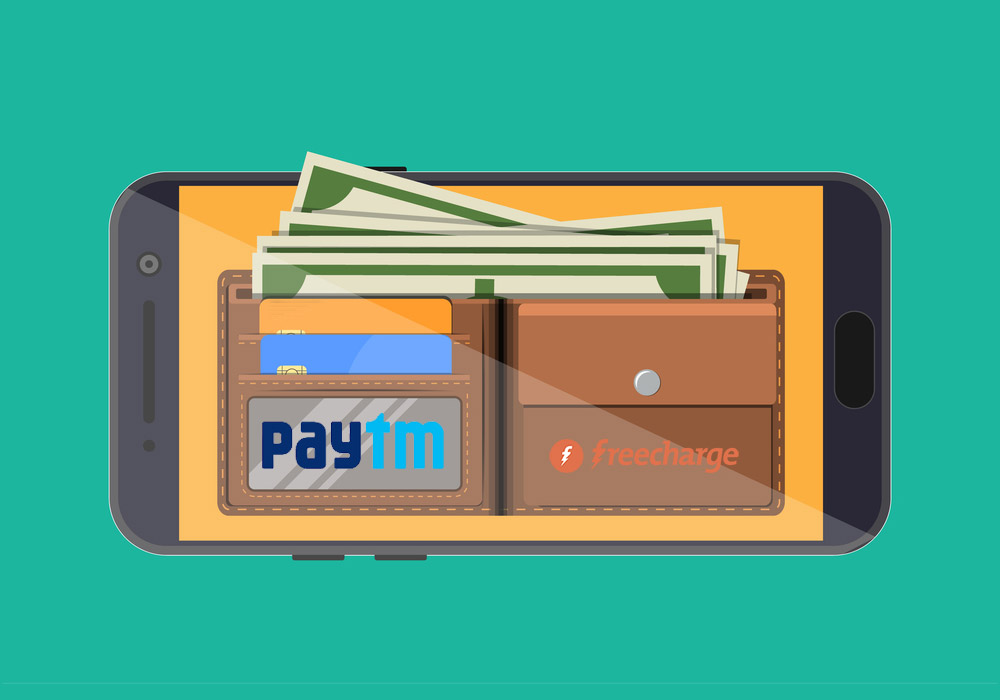 2017 seems like a year of consolidations. With Flipkart and Snapdeal exploring the final terms of a merger, it is now reported that Paytm has signed a non-exclusive term sheet to acquire Jasper Infotech owned FreeCharge.

Last month, it was reported that ecommerce and payments company Paytm was in talks with Japan-based SoftBank to raise about $1.5 Bn in a cash deal. As part of the deal, the Alibaba-backed mcommerce platform was also looking to acquire FreeCharge. As per the new report, it seems Softbank’s attempts to consolidate Jasper holdings with rivals may materialise soon.

The report further suggests that Paytm will start the financial and commercial due diligence of FreeCharge, next week. The publication has pegged the deal to be estimated between $45 Mn – $90 Mn. If the due diligence process goes smoothly, the deal may be finalised in a month’s time, as per a source close to the development.

However, the proposed deal value of $45 Mn to $90 Mn will be a steep downfall in FreeCharge’s valuation of $450 Mn in 2015, at the time of sale to Snapdeal. The fall in valuation could be a result of its parent company’s current state. Snapdeal went from claims of attaining profitability in two years to a cost-cutting organisation ready for acquisition, in less than a quarter. Just yesterday, Softbank reported a $ 1.4 Bn loss on two major investments in India, Snapdeal and Ola. This is the third consecutive markdown by Softbank.

What’s Up With FreeCharge?

Paytm is the frontrunner for buying FreeCharge. It currently claims to have a user base of 200 Mn. In March 2017, Inc42 reported on Alibaba leading a massive $200 Mn round in Paytm’s recently formed ecommerce unit. In February 2017, Paytm launched Paytm Mall, a consumer shopping app inspired by China’s TMall. In February 2017,  Paytm CEO Vijay Shekhar Sharma posted on the Facebook Page that Paytm, having crossed 20 Cr customers, is aiming to reach to 50 Cr Indians by 2020.

The fact that Paytm has signed a ‘non-exclusive’ agreement, gives Snapdeal the freedom to pitch to other players as well and explore more options.

Founded in 2010 by Kunal Shah and Sandeep Tandon and backed by investors such as Valiant Capital Management, Tybourne Capital Management, and Sequoia Capital. Freecharge was acquired in April 2015 by Snapdeal for nearly $450 Mn. It is currently owned and run by Jasper Infotech – the parent company of Snapdeal. In December 2016, Jasper Infotech also infused $57.2 Mn (INR 390 Cr) in FreeCharge. Later in March 2017, Snapdeal also committed a $20 Mn investment in FreeCharge.

FreeCharge recently witnessed a reshuffle in top management. Jason Kothari was appointed as the Chief Executive Officer (CEO), within a month of CEO Govind Rajan quitting the company. Rajan had replaced Kunal Shah as the CEO in May 2016.

The Indian fintech market is forecasted to touch $2.4 Bn by 2020, a two-fold increase from the market size currently standing at $1.2 Bn. As a per a report by Google and Boston Consulting Group, released in July 2016, the digital payments industry in India is projected to reach $500 Bn by 2020, contributing 15% to India’s GDP.

The digital economy boom in the country, followed by the demonetisation drive in November 2016 has made India a lucrative market for digital wallet companies.

In the same space, last year PayU had acquired CitrusPay in an all-cash deal for about $149 Mn-$179 Mn. According to Inc42 Datalabs, fintech has brought in $1.77 Bn in funding in India from 2014 to October 2016, with Paytm’s $680 Mn funding from back in September 2015 making up 38.5% of the entire sum. There was a total of 158 deals with 111 of those divulging their funding figures. As per Inc42 Annual Funding Report, around 96 deals with a total investment of $475 Mn was made to this sector in 2016 with investments spanning in e-payment, P2P payment, wallets, online loans, and investment plans space.

While FreeCharge refused to comment on the development, an email sent to Paytm awaited response at the time of publication.