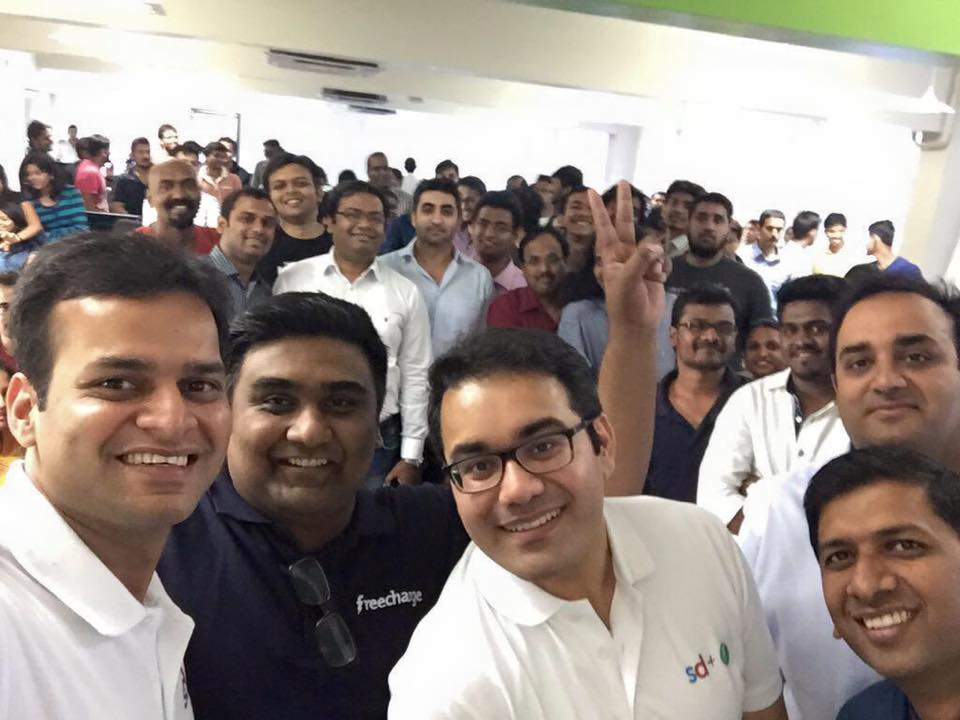 After weeks of rumors, online marketplace Snapdeal has finally acquired Freecharge for an undisclosed amount. 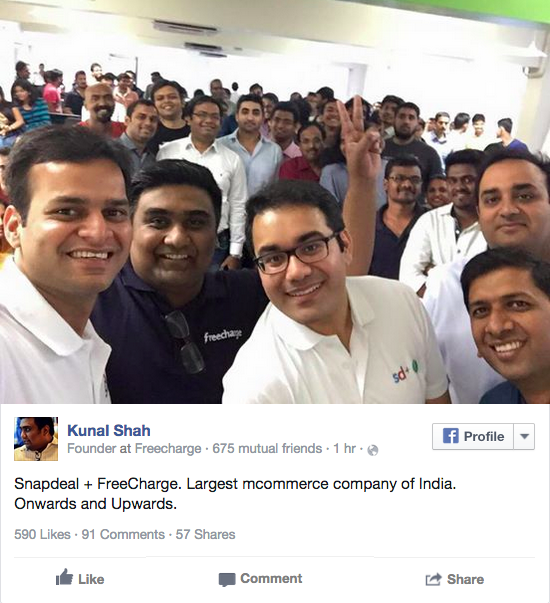 Rumors of Snapdeal acquiring Freecharge for over for over $450 Mn through a mix of cash and equity sufficed in media last month, which makes this deal as the biggest one in the Indian startup space. Last year, Flipkart had acquired Myntra for over $300 Mn.

“The deal will help Snapdeal “offer all our customers access to the widest selection of products and services online,” Kunal Bahl, co-founder and CEO of Snapdeal said.

FreeCharge was founded in 2010 by Kunal Shah and Sandeep Tandon, head of technology conglomerate Tandon Group. In 2013, Alok Goel joined in the team as Chief Executive Officer after moving out of redBus. The company had raised $80 Mn in a round of funding led by groups of investors including, San Francisco-based Valiant Capital Management and Hong Kong-based hedge fund Tybourne Capital Management, in February. Previously, it had raised INR 200 Cr. in Series B round of funding and in 2012, Sequoia had invested about INR 20 Cr in FreeCharge and prior to that, it also led seed round into it.

Snapdeal has been seen pretty active since past few months in acquiring startups. Just last week, it had acquired majority stake in the loans and the credit provider startup RupeePower, with the acquisition, it made a foray into financial services.

Snapdeal has also reportedly acquired Unicommerce and just few days back, it acquired 20% stake in logistics firm Gojavas for about INR 120 Cr.

Snapdeal was also said to be in talks with Alibaba for raising a $1 Bn funding round at a valuation of at least $5 Bn, but later Kunal Bahl said that they are not looking for funds.

Founded by Kunal Bahl and Rohit Bansal, five year old Snapdeal, currently, is valued somewhere between $2-2.5 Bn. In total, it has raised about $1 Bn in funding in multiple rounds, it’s investors include eBay, Softbank, BlackRock, the Ratan Tata, PremjiInvest, Myriad Asset Management, Tybourne Capital among others.

Freecharge competes with Paytm, which has also created buzz with its new services and the plans to revolutionize payment landscape in India.

As Freecharge competes with Paytm that also runs a ecommerce marketplace which is being benefited by its recharge platform in terms of customer acquisition, similarly, adding Freecharge under its umbrella will give Snapdeal a means to increase its customer acquisitions via leveraging Freecharge’s mobile platform. It to be noted that Flipkart is also working aggressively to increase its mobile app users, and recently it also said that will be shutting down mobile website, and redirect customers to the Flipkart app when they open Flipkart website on mobile.

Secondly, Freecharge’s couponing and advertisement platform will provide Snapdeal sellers a means to advertise themselves to the Freecharge customers.

This acquisitions comes at a time when Flipkart has also acquired a advertising platform Adiquity.