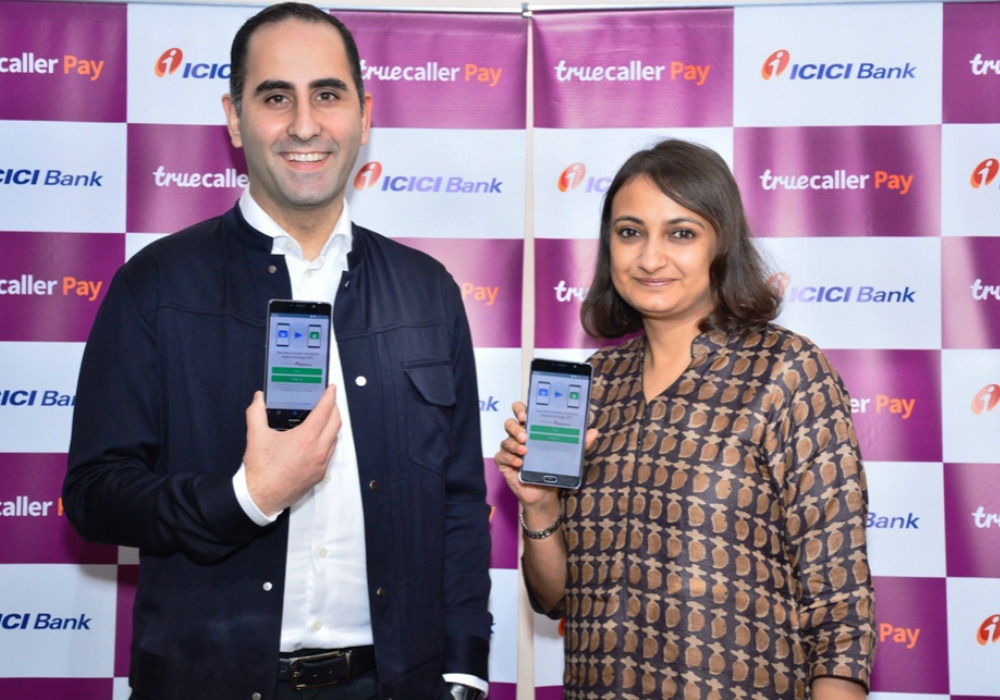 The app will allow users of the app in the country to instantly create a UPI ID, send money to any UPI ID or a mobile number registered with the BHIM app. Truecaller Pay will also enable users to recharge their mobile number from within the Truecaller app itself.

As per a company statement, the partnership makes the Truecaller-ICICI Bank platform one with 150 Mn customers of the app gaining access for UPI-based payments.

Abonty Banerjee, Senior General Manager & Head – Digital Channels, ICICI Bank said, “We are delighted to offer our UPI platform to Truecaller which is one of India’s most widely-used mobile application. With this new service, users will get the benefit of making quick and easy payments to any mobile number registered with the BHIM app, thereby enabling them to reach out to a wider section of people. We believe this association shall make UPI payments seamless for a larger audience and will also play a crucial role in strengthening the Government’s ‘Digital India’ mission.”

Any user of Truecaller app, including non-ICICI Bank customers can link the account of any bank (present in the UPI stack) to create an id and instantly make payments in a safe and secure manner.

Nami Zarringhalam, CSO and Co-founder Truecaller said, “We are very excited to launch Truecaller Pay together with ICICI Bank and, as a first stop, we will offer peer-to-peer solutions right from your contacts as well as recharge happening naturally from your dialler and SMS app.”

‘Truecaller Pay’ can be accessed via the ‘Send money through UPI’ tab on the app’s profile page. All transactions of ‘Truecaller Pay’ will follow two-factor authentication, as per RBI guidelines for secure transfer of money.

The bank has also ensured that all sensitive data relating to account details, card details information of users as well as transfer of monies will be securely handled and stored in the state-of-the-art servers of ICICI Bank, in line with NPCI and RBI guidelines.

Customers of any bank can instantly use ‘Truecaller Pay’ with a one-time registration to create a new UPI IDor add an existing ICICI Bank VPA seamlessly. On completion of one-time registration, users can instantly send money to any UPI ID or mobile number, browse the recharge plan of various telecom operators and recharge their prepaid mobile or pay their postpaid mobile bills.

In August 2016, then RBI Governor Raghuram Rajan unveiled the UPI – Unified Payment Interface. The app was launched to help simplify peer-to-peer transactions. At that time, it was announced that UPI was adopted by 29 banks, 15 of which already have incorporated the app in their mobile-banking system. ICICI Bank, Axis Bank and a few others were among the notable financial institutions to integrate UPI.

In December 2016, Prime Minister Narendra Modi, launched the Unified Payment Interface- (UPI) based mobile payment application Bharat Interface for Money (BHIM). Since launch, the app has reportedly witnessed 19.16 Mn downloads, of these, about 5.1 Mn customers have been able to link their bank accounts to the app.

Earlier this month, it was announced that the RBI has decided to open up Unified Payment Interface (UPI) for digital wallets such as Paytm and Mobikwik.