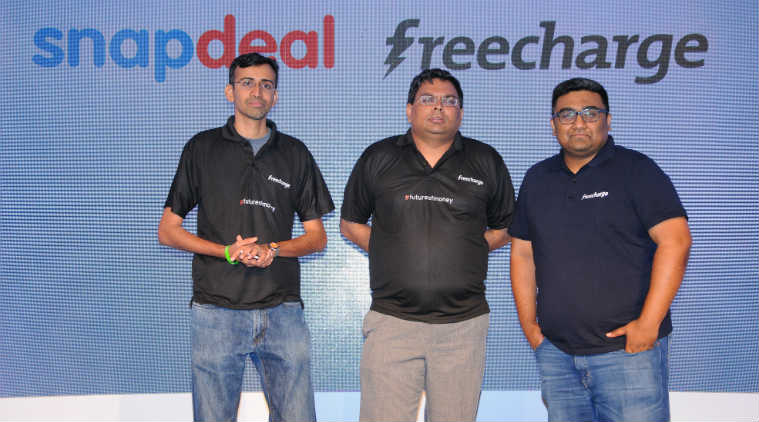 FreeCharge, today announced the appointment of Govind Rajan as the Chief Executive Officer of the company. Govind joined Freecharge in August 2015 and is currently the Chief Operating Officer at FreeCharge.

In a related move, Kunal Shah, the current CEO of FreeCharge, will now be the Chairman of the Company. Kunal Shah is the co-founder of the company, along with Sandeep Tandon.

In October 2015, within five months of the acquisition by Snapdeal, FreeCharge launched it’s wallet. The FreeCharge wallet is now the fastest growing wallet in the country, with exponential growth both in terms of users and number of daily transactions.

Commenting on the elevation of Govind Rajan, Kunal Shah said, “Govind has led with great insight and initiative. His understanding of the payments industry and its future trends is equally matched by his discipline and ability to get things done. In Govind, we have an exceptional leader, who will lead FreeCharge to become the No. 1 player in the payments ecosystem in the country. ”

Reacting to the appointment, Govind Rajan said, “FreeCharge is built on a robust foundation of cutting-edge technology, superlative customer experience and a deep understanding of consumer needs. Kunal has built a great tech team and an iconic brand. It is a privilege to take the baton from him. We are fortunate to have his guidance as the Chairman and mentor-in-chief. I am very excited to carry forward our mission to build FreeCharge as India’s digital payments OS”.

In his previous stints, Govind was the Chief Marketing Officer (B2C) at Bharti Airtel and concurrently also served as the CEO for Airtel Money. An alumnus of Indian Institute of Foreign Trade (IIFT), Govind had earlier worked with Hindustan Unilever.

Kunal was appointed CEO of Freecharge, in April 2015, after Alok Goel had stepped down after serving for two years.