FreeCharge To Merge With MobiKwik; Chinese Investor To Fund $200 Mn In Merged Entity

FreeCharge To Merge With MobiKwik; Chinese Investor To Fund $200 Mn In Merged Entity 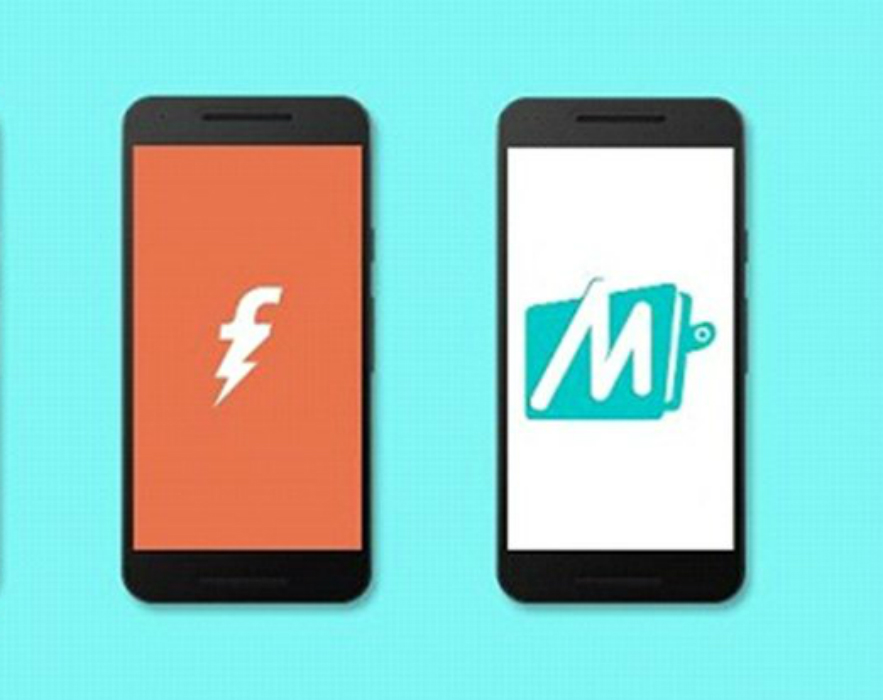 Consolidation seems to be the talk of the startup town these days. After proposing to sell Snapdeal to Flipkart, now SoftBank-backed FreeCharge is reportedly in talks with Gurugram-based mobile wallet company MobiKwik for a potential merger.

As per a report by Business Standard, FreeCharge is planning to merge with MobiKwik in an all-stock deal. The report further states that the newly combined entity is likely to receive an investment of around $200 Mn from a Chinese investor as well.

It further added that, both MobiKwik and FreeCharge are valued at around $300 Mn each and the merged entity would be marked somewhere around $700 Mn-$1 Bn.

Ecommerce marketplace Snapdeal’s digital payments subsidiary Freecharge has been up for sale for sometime now. Earlier in April 2017, reports surfaced that, in an attempt to cut down on mounting losses, Japanese investor SoftBank was trying to sell the entity for around $150 Mn-$200 Mn – on a 50% valuation markdown compared to the $450 Mn that Snapdeal infused in the company in April 2015, during acquisition.

There were also reports of Paytm acquiring FreeCharge, with an aim to dominate the Indian digital payments space.

Earlier, in December 2016, reports surfaced that global payments platform Paypal had also placed a bid to acquire 25% stake in FreeCharge at a $200 Mn valuation. However, FreeCharge refuted these reports and denied any such possibility.

Founded in 2010 by Kunal Shah and Sandeep Tandon, FreeCharge is backed by investors such as Valiant Capital Management, Tybourne Capital Management, and Sequoia Capital. Snapdeal acquired Freecharge in April 2015, for nearly $450 Mn, in an attempt to accelerate growth in the wake of rising digital payments in India.

In May 2016, reports surfaced that Snapdeal was looking to raise about $300 Mn for Freecharge. In December 2016, it was reported that investor SoftBank was in talks to invest up to $150 Mn-$200 Mn in Freecharge, along with other investors and the deal would value the company at around $900 Mn to $1 Bn.

It also recently appointed former Housing CEO Jason Kothari as the Chief Executive Officer (CEO). This appointment came within a month of FreeCharge’s earlier CEO Govind Rajan quitting the company. CEO Govind Rajan had replaced Kunal Shah as the CEO in May 2016.

On the other hand, MobiKwik was launched in 2009 by Bipin Preet Singh and Upasana Taku. It is a wallet that enables users to instantly pay for their mobile recharge and bill payments. It claims to have partnered with over 50,000 businesses like JustEat, eBay, Jabong, Snapdeal, ShopClues, Café Coffee Day, PVR, Domino’s Pizza, Pizza Hut, TastyKhana HomeShop18 among others.

In March 2017, it entered the hyperlocal space with a new feature: ‘Explore Nearby’. The feature is available on the MobiKwik app and enables discovery of neighbourhood stores, restaurants, cafes, etc. that accept wallet payments.

Prior to this, in January 2016 MobiKwik opened up access to its patent-pending Power Wallet interface to all retailers. In April last year, the company had raised $25 Mn in Series B funding led by Tree Line Asia, existing investor Sequoia Capital along with Cisco Investments and American Express and later, in December, it raised an additional funding of $6.5 Mn. Other players in the mobile wallet service space include Paytm, Oxigen and Citrus, etc.

As per the above mentioned report, MobiKwik has also been in talks with potential entities to raise funds as well for some time now.

An email sent to both MobiKwik and FreeCharge did not elicit any response at the time of publication.

After PM Modi-led demonetisation drive in India gained pace, the digital payments space has rapidly evolved. Currently, Paytm is leading the race, with FreeCharge and MobiKwik following closely behind. Earlier this month reports surfaced that SoftBank was to invest about $1.5 Bn in Paytm, in a cash deal.

As per an Inc42 report, PayU India registered an 80% jump in transactions post demonetisation. Similarly, Freecharge claimed that the average wallet balance on its platform increased 12 times since the announcement. MobiKwik, meanwhile, reported an over 40% increase in app downloads within less than 18 hours of the announcement. User traffic and merchant queries went up by 200% among its over 35 Mn users.

As far as leadership, finance, and growth is concerned, frontrunner Paytm is growing from strength to strength. Paytm currently claims to have a userbase of 200 Mn. In March 2017, Inc42 reported about Alibaba leading a massive $200 Mn round in Paytm’s recently formed ecommerce unit. In February 2017, Paytm had launched a consumer shopping app, Paytm Mall for its users inspired by China’s TMall. Paytm Mall reportedly has over 1.4 Lakh sellers spread over 1,000 cities, 68 Mn products across categories like fashion, electronics, consumer durables and home furnishings among others at their convenience at the moment, as claimed by the company.

It is also to be noted that instant messaging app WhatsApp is expected to launch a peer-to-peer payment system in India, within the next six months. Sweden-based Truecaller, which counts India as its largest market, also introduced a new UPI-based mobile payment service ‘Truecaller Pay’ through a tie-in with ICICI Bank.

Between global players and market consolidation and the race to reach number one first, the FreeCharge-MobiKwik merger looks to have the potential to turn the tables in the digital payments sphere.