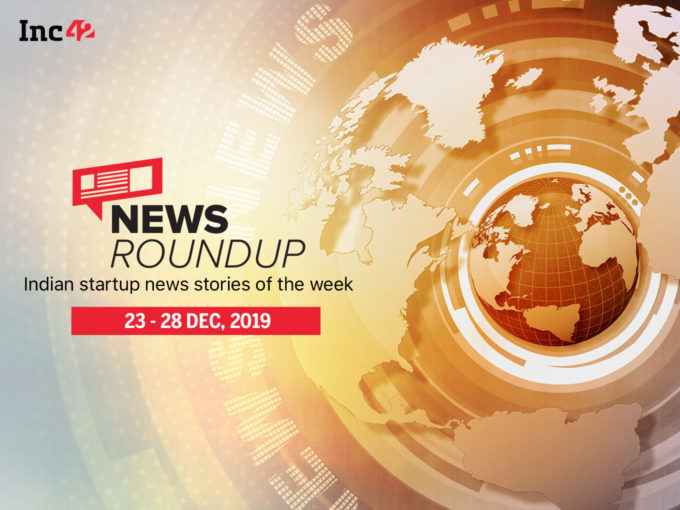 After the news of mass layoff of 2000 employees surfaced on the internet, the online classified marketplace and hyperlocal services provider Quickr clarified with Inc42 that only 30% of its workforce in India has been sacked. With this downsizing, Quickr has laid off nearly 900 employees out of its total workforce strength of 3K people in India.

In addition to this, the company’s spokesperson told Inc42 that its AtHomeDica services have been discontinued due to losses and poor return on investment (ROI). The spokesperson also said that the layoffs have been made through multiple verticals, keeping in mind the customer demands. The company further claimed this layoff was part of a restructuring programme, where it plans to rationalise some of its employees and change the operation methods within the company.

Quikr claims that the company has compensated all the employees fairly, and has followed the employee agreement at an individual level while adhering to all the legal aspects during the layoff process.

Bengaluru-based foodtech unicorn startup Swiggy with a $3.3 Bn valuation continues to dominate the market share both in revenue and online deliveries. The company in the month of October crossed 500 Mn delivery orders and is set to target 360 Mn in the coming years.

The cofounder and CEO Sriharsha Majety said that the company plans to invest in newer growth avenues in the coming days. Swiggy with a 60% revenue share in the online food delivery, claims that it is bigger than the rest of the players combined. With the food delivery and cloud kitchen business reaching a new stance in the market, the company believes that the need for capital will eventually reduce in the coming years.

Apart from its food delivery business, Swiggy has been experimenting with its business for a very long time now. This includes Swiggy Pods, Swiggy Daily and Swiggy POP among others. In addition to this, the company launched Swiggy Stores, an online grocery service last year, and Swiggy Go, an on-demand service that ships packages anywhere across the city.

In another update, Swiggy also announced the launch of Swiggy Money wallet service, which is said to be available for the users soon. Currently, the wallet feature is missing from the Swiggy app. Once available, the wallet service may be launched in partnership with ICICI Bank. The company claims that its wallet service is compliant with the norms laid down by the Reserve Bank of India (RBI) in line with prepaid payments instruments.

Any abnormalities in the trip will be immediately reported to Ola’s 24×7 safety response team, who will quickly reach out to customers to confirm if they’re safe and offer on-the-call assistance until the ride is completed. In case of emergency, customers can also alert police authorities and their loved ones with the emergency button on the app.

The company ran a pilot across multiple cities in India and international markets and aims to take Guardian feature to more cities in the coming years.

Highlighting the success of Ola, the company recently launched ‘Ola HyperDrive 2019’ report embarking on the successful journey it has travelled so far. According to the study, the cab-hailing startup with its fleet of cabs has travelled 1.06 Bn Km in Delhi. In terms of average speed, Hyderabad emerged as the leader with an average speed of 24.8 Km per hour. Followed by Delhi and Chennai at 23.5 Km per hour and 23.1 Km per hour, respectively.

The report also highlighted that the employees going to work in Bengaluru leaves at 9:30 am, compared to Pune and Delhi, where the individuals heading to the office starts at 9:41 am and 9:42 am.

With IPO On The Horizon, Pine Labs Suffers Losses

Point-of-sale (POS) startup Pine Labs has slipped to losses for FY18 and FY19. The company’s losses have jumped 4.46x, excluding tax, where the losses have marginally decreased from INR 18.3 Cr in FY18 to INR 15.22 Cr in FY19. The company’s total income and expenses grew at a similar rate as revenue increased by 49.7% while expenses grew at 46.3%.

Google’s payments platform Google Pay has come out with an advisory to help users stay safe from UPI related frauds like phishing, malware, money mule, SIM cloning and vishing and more. The company urged its users to keep their PIN a secret, download trusted apps and use the payment app or official website to reach customer care.

The company believes that the key to sustaining the success of UPI depends on educating the users about the safety and security aspects of users using the digital payments gateway. Due to the rise of UPI adoption in the country, new users are foraying towards digital payments, said Ambarish Kenghe, director of product management at Google Pay.

The digital payments platform Phonepe has its eyes on achieving profitability in the next three to four years with the help of an additional $1 Bn funds. Sameer Nigam, CEO and cofounder of Phonepe said that the company needs capital to grow, and they have something good going on in the coming days. Currently, Phonepe is in talks with investors of Walmart and Flipkart such as Tencent and Tiger Global or from other outside investors.

The ecommerce giant Flipkart is planning to enter the credit lending space with the introduction of a credit lending platform. The company is already in the process of applying for a non-banking financial company (NBFC) license.

CAIT Goes On A Hunger Strike Against Amazon, Flipkart

The Confederation of All India Traders (CAIT) has decided to go on a day-long hunger strike across 500 cities in India. The CAIT protestors are demanding the government to take immediate action against not only Amazon and Flipkart but also against other online companies working in logistics, travel, home buying, consumer durables and others.

Praveen Khandelwal, secretary-general of CAIT, said that the organisation wants to see the Indian ecommerce market free of all unethical and unfair business practices. The team said that the protest will continue nation-wide until the government takes necessary action against them.

The secretary-general also said that the ecommerce platforms like Amazon and Flipkart are orchestrating a narrative of being trader friendly by luring small traders to come to their platform. CAIT claimed that the ecommerce companies indulge in preferential seller system, and 80% of their sales are fulfilled by only 10 to 15 preferred sellers on the platform. “The traders are not going to fall for their trap,” CAIT added.

A Daily Mail investigation recently revealed that the glowing appraisals on Amazon are sold for £13 (INR 1.2K) per review by fake customer-review marketing firms. The third-party marketing companies use an army of ‘testers’ to post the four-and five-star reviews online. The testers are given a small fee and a refund to buy the products on Amazon that they have to recommend.

Binny Bansal-led xto10x will be guiding Google-backed Dunzo. On November 14, the on-demand ecommerce platform approved a master service agreement with xto10x Technologies. The company had said that it requires the services of advisory and consultancy in certain business-related aspects.

Tata Group, an Indian multinational conglomerate, is in talks to acquire a 49% stake of the US-based retailer Walmart’s Indian wholesale cash-and-carry operations. The president and CEO of Walmart International, was expected to announce this deal during his recent visit to Delhi, but the deal was not finalised yet.

However, the delay in this deal leads to uncertainties within the Tata Group as Cyrus Mistry took over as the chairman of Tata Sons, which was reinstated by recent order from the National Company Law Appellate Tribunal (NCLAT). Earlier, Tata Group’s acquisition deal with Walmart in 2019 had reached the possibility of a joint venture.

Chinese media giant ByteDance might be forced to sell a majority stake in short-video platform TikTok, in order to remain in the US market. Through this sale, TikTok will easily fetch $10 Bn to ByteDance.

Needless to say, the ongoing trade war between the US and China has taken ByteDance as its hostage. The US government sees TikTok as a security threat to the country as it can easily supply user data to Chinese authorities under its law. However, TikTok has denied the speculation, calling it ‘meritless.’

Unlike Twitter that banned political ads on its platform, social media giant Facebook has a different agenda altogether. Instead of banning, the company is working towards making political ads less harmful for users.

Facebook is working with governments from across the world on a set of guidelines or suggestions for political ads. It assures that the political ads on Facebook are transparent and users can get to see any political ad even if it does not align with their political leanings.