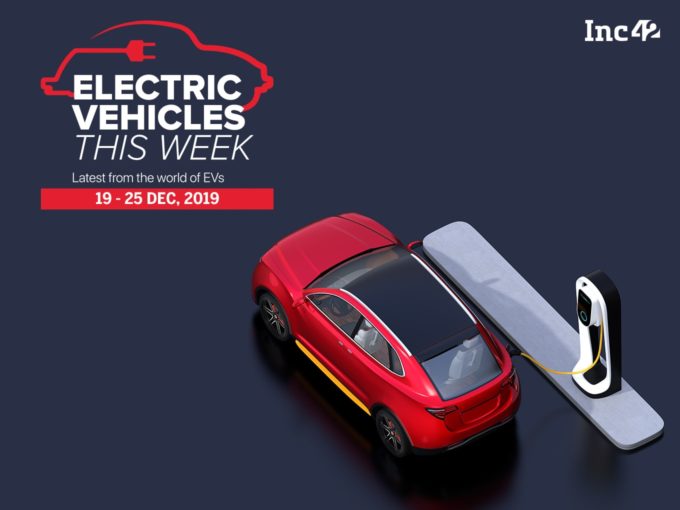 Taking concrete steps to curb air pollution and promote emobility in the national capital, the Delhi government has rolled out its policy on Electric Vehicles (EVs). The new policy, launched on December 23, offered something to each stakeholder — consumer, startups and other private entities.


With the new policy in place, the Delhi government plans to have over 35K EVs by 2020. Moreover, the government is also planning to set up 250 charging stations in the national capital. The government aims to have over five lakh EVs on the road in the next five years.


Yamaha Motors India chairman Motofumi Shitara said that the company is conducting feasibility studies on the cost of ownership, infrastructure availability, policy roadmap, financing and other factors that will come into play to boost emobility in India. Yamaha conducted similar research in Japan before launching the electric scooter EC-05 in Taiwan.

Last year, Google Maps introduced a feature that allowed users to locate EV charging points. Now, the company has rolled out another update that will allow the users to filter out charging stations based on the charger types that are compatible with the vehicle. The feature is also available in the US and UK.


Rapido Aims To Electrify 10% Of Its Fleet With EBikeGo

Bengaluru-based bike taxi startup Rapido is planning to electrify 10% of its fleet by 2020. For this, the company has tied up with the electric two-wheeler rental platform eBikeGo. Both the companies aim to provide scalable, eco-friendly and economical solutions for the Indian shared mobility and rental market.


Benling India’s E-Scooter Aura To Be Launched In 2020

Gurugaon-based Benling India has introduced its newest electric scooter Auro, which will officially be launched in the first quarter of 2020. The company has already launched three low-speed electric scooters in India — Kriti, Icon and Falcon.

Startup Of The Week: EBikeGo

Found in 2017 by Irfan Khan, eBikeGo is an electric two-wheeler rental platform that generates its revenue from tourist and customer bike rentals. It is currently operating in five Indian cities — Delhi, Amritsar, Jaipur, Jalandhar, and Agra — and is targetting Mumbai, Bangalore, Hyderabad, Pune, Chennai, Kochi and Kolkata next.

In August 2019, eBikeGo also expanded its services to Andaman and Nicobar with its newest addition Ampere Zeal, which was procured from the electric vehicles (EV) manufacturer Okinawa Autotech.

The ebike rental startup started off its journey in 2017 with 640 and now serves close to 18K users. eBikeGo aims to enroll a million users by 2020, and capture 5% of the commercial two-wheeler market by 2021. Moreover, the ebike rental platform also partnered with the Taiwanese electric scooter shared mobility platform UrDa to accelerate its expansion plans.

According to a report by SHURA Energy Transition Center, Turkey is projected to have some 2.5 Mn electric cars by 2030. The report adds that 154 people out of every 1,000 people own EVs in Turkey presently. The ratio is expected to go up to 300 out of every 1000 people.

Donald Trump Likely To Limit EV Tax Credits In US

US President Donald Trump has reportedly cancelled the plans to expand EV tax credits to government spending packages. The tax credit is like subsidies that give a relaxation of up to $7,5000 on EVs to consumers.