Quikr has laid off 1200 employees from its Bengaluru office, according to sources

The company has discontinued it AtHomeDiva beauty service 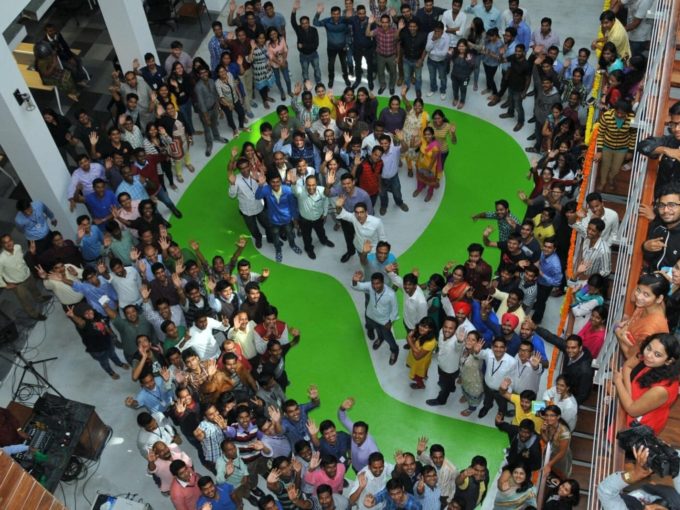 Bengaluru-based online classifieds marketplace and hyperlocal services provider Quikr has laid off around up to 2,000 people from its verticals — cars and bikes, jobs, Quikr Realty and Quikr homes — pan India in the last one and a half month, according to multiple sources that Inc42 spoke to. Quikr employs about 3,500 employees in these verticals.


A senior Quikr employee, who works in recruitment and exits, told Inc42 that the layoffs have been taking place since November and were wrapped up today (December 20). The company has reduced the Bengaluru team to 1500 employees from a total of 2,700, the employee told us on the condition of anonymity. The Pune team has also been cut short to 32 employees from the 170 employees, whereas similarly large layoffs were also seen in Delhi and Mumbai.

The mass layoffs come just a week after three officials from Quikr were alleged to have scammed the company by forging business transactions to fictitious clients to earn crores in commission.

Inc42 has learned that the mass layoffs are an outcome of this very scam. The employee noted that numerous employees from the Quikr Realty and Quikr’s car and bikes teams had been involved in the in-hand payment fraud, depriving the company of revenue and causing a loss of INR 20 Cr.

Quikr, in an email response, told Inc42 that Quikr Realty has not faced any fraudulent activities. The spokesperson highlighted, “Certain anomalies have come to our notice in our PG transaction business involving our employees and we are working with external parties for legal action against all the parties involved. We may not be able to disclose more information as it may hamper the ongoing investigation.”

Interestingly, filings made on December 4, 2019, accessed by Inc42, show that Quikr received a cash infusion of INR 176 Cr from its holding company Quikr Mauritius Holdings.

The source also added that while Quikr’s classified business will not be majorly affected by the layoffs, the company is expanding at the same time and has started new projects in Bengaluru and Chennai as well. The layoffs are also not expected to impact Quikr’s tie-up with Bengaluru-based laundry company LaundryAnna. For Quikr, the focus is offline-online omnichannel selling through its network of QuikrBazaar stores and other offline presence besides the laundromats.


According to the information shared by our source, employees at Quikr were informed well before the layoffs began and have also been compensated with severance pay of two months. The source also added that some employees will be rehired to be included in Quikr’s other verticals.

In addition to all this, another source told us that Quikr has discontinued its home beauty service ‘AtHomeDiva’ and laid off 200 beauticians in Delhi. The platform is not accepting new registrations as seen on its Android app, while the website also shows service not being available in the capital. AtHomeDiva’s customer care helpline told us to drop an email on the official support ID instead of actually connecting us with a customer care executive.

Quikr denied commenting on the layoffs, and spoke only about AtHomeDiva’s status. A spokesperson told Inc42, “Due to our cross-category model, we get a good view of comparative economics of various categories we operate in. Based on this view, we recently decided to tweak the operating model in some of our categories including a change in related market offerings, which has led to discontinuation of AtHomeDiva services. These changes have also resulted in some workforce rationalisation at our end.”

Inc42 reached out to Quikr cofounder Pranay Chulet for a response on the layoffs. We did not receive a response till the time of publication. We will update the article as soon as there’s a response.