DPIIT in talks to ease taxes on ESOPs by startups 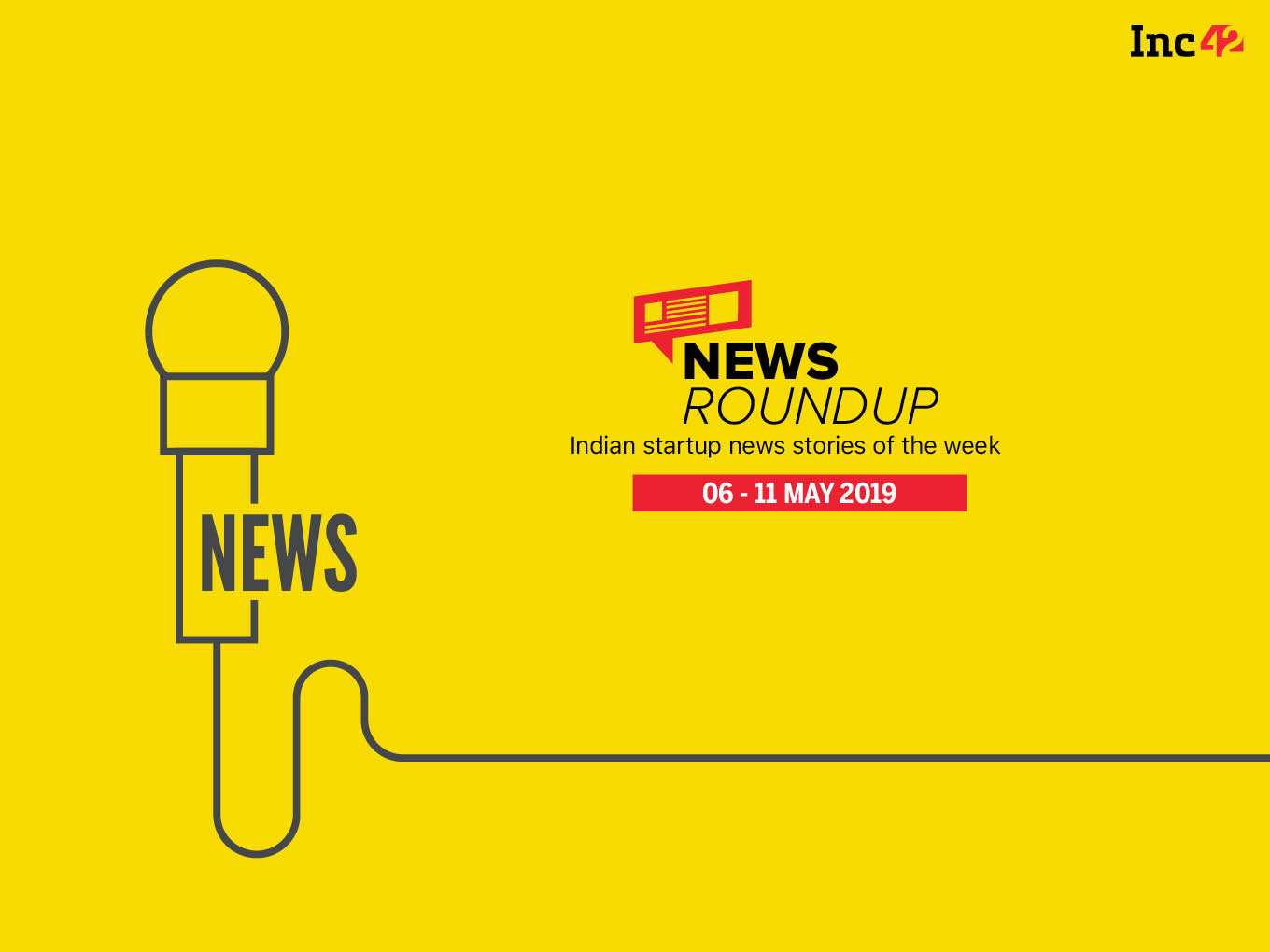 In one of the big shakedowns for the Indian startup ecosystem, Bengaluru-based social commerce company Wooplr has shut down operations after negotiations for a merger fell through. The company has already informed its clients about the temporary shutdown of its operations and has told them that it will take care of the pending payments in the coming months.

On the other side, the entry of Reliance in the merchant’s point-of-sale (POS) space can raise the count of digitised Kirana stores from the current 15K to over five million stores by 2023, a study by the Bank of America Merrill Lynch suggests. The retail sector in India is undergoing a transformation with Kirana stores keen on adopting technology for merchant points-of-sale (MPoS).

In the space, Reliance will play against notable PoS device providers such as Ezetap, Mswipe, Pine Labs, Innoviti, Mosambee, and Payswiff (earlier known as Paynear).

In a major future-gen upgrade of Uber in India, the ride hailing company has partnered with Bengaluru-based dockless bicycle sharing platform Yulu. While the Yulu application will not be integrated into Uber, the Uber app will redirect users to the registration page of Yulu. The users will have to follow the suggested steps and get a Yulu ride.

Uber has already started notifying its Bengaluru riders about the partnership and the first three rides are free.

There’s a lot more that happened this week from Future Group getting closer to selling stake to Amazon to government exploring ease of taxes on startup ESOPs. Here are the other important news from the Indian startup ecosystem.

The Growing Ecommerce Differences Between The US And India

After an ugly start to 2019 when Indian government altered FDI rules for ecommerce in India, the US secretary of commerce Wilbur Ross and Suresh Prabhu, India’s Minister of Commerce and Industry held bilateral discussions this week. The US criticised both India’s data localisation and national ecommerce policy drafts, claiming that certain policy proposals are discriminatory and trade distortive. Further, the discussions touched upon concerns related to ecommerce, data localisation and data protection.

Over the last few months, IRCTC pulled up RailYatri for operating illegally and  the Delhi High Court had ruled that RailYatri’s train ticket booking service is unauthorised. To address these concerns, RailYatri had applied for IRCTC license to continue its train ticket booking services. However, this doesn’t seem to be enough as IRCTC has approached two lower courts in Karkarduma and Rohini alleging that the online food ordering services provided by RailYatri and TravelKhana are illegal.

DPIIT In Talks To Ease Taxes On Startup ESOPs

As part of government’s Ease of Doing Business efforts, DPIIT has started discussions with the country’s finance ministry to tax Employee Stock Ownership Plan (ESOP) options only once at the time of sale. Currently, ESOPs are considered as income and are taxed accordingly, whenever employees decide to use their options and convert the ESOPs into shares. The finance ministry will reportedly explore this when it prepare proposals for the next financial budget. With the ease of taxation, the startups may further get a chance to control attrition rate with more issuance of ESOPs.

The global leader in payment technology, Mastercard, said it will invest $1 Bn in India over the course of the next five years. With this, Mastercard will be building its first data processing centre outside the US, in India for around $350 Mn. A services hub will also be set up to focus on developing and delivering other value-added services such as authentication, tokenization, cybersecurity and intelligence solutions and data analytics. Mastercard has grown from a 29 member team in 2013 to a 2,000 person strong workforce today in India, representing 14% of Mastercard’s global  workforce.

As Uber goes public, its Indian drivers are said to be facing a cash crunch because of a fall in incentives and considerable rise in the work hours. Unfortunately or fortunately, Uber has already taken stock of this situation in its public filings saying “Continued driver dissatisfaction may also result in a decline in our number of platform users, which would reduce our network liquidity, and which in turn may cause a further decline in platform usage.”

India’s First Apple Store To Come Up In Mumbai

Amid 1.2% market share in India, Apple’s long-term plans for India includes retail and the company has now shortlisted locations in Mumbai to set up the first Apple Store in the country. Apple Stores have always had iconic design and architecture, and the company’s Mumbai outlets will reportedly rival its flagship stores in New York, London and Paris. Apple has been in discussions with the Indian government for permission to open its single-brand retail outlets, though India’s demands that Apple complies with local sourcing mandates have delayed any such launch.

Amazon and Future Group have met several times over the last month to explore joint business plans about distribution, warehousing and creating special products for Amazon’s marketplace and its grocery offerings Pantry and Amazon Now.  Future Group-owned Big Bazaar will become one of the preferred sellers under the grocery vertical in Amazon India.

Hyderabad office of Indian tech giant Wipro has a contract with Facebook to label images, posts or tags by Facebook users. A team of 260 ‘workers’ have been hired by Facebook, through Wipro, to manually tag or label photos, posts, links shared on timeline, stories and videos into several category items according to the ‘five dimensions’ that Facebook considers key for its AI datasets. The datasets are used to improve the AI and machine learning algorithms on Facebook’s platform to improve content and ads suggestions. However, Facebook is running human labelling with no consent from the user.

The Need Of Vernacular Customer Service In India

At a time when card companies such as Visa and MasterCard have been crying foul with the rise of digital payments in India, Visa has tied up with leading digital payments player Paytm. As part of this partnership, Visa is working with Paytm Payments Bank to offer its debit credential solutions to enhance their offerings to their rapidly expanding customer base. Who turns more beneficial with this partnership remains to be seen.

Ecommerce major Amazon.com Inc witnessed an extensive fraud between May 2018 and October 2018, when hackers were able to access online sellers transactions. The hackers broke into about 100 seller accounts and stole cash from their bank accounts which included sellers’ loans and earnings. Amazon’s investigation found that the hackers used phishing methods to trick sellers into sharing their account credentials.

Ahmedabad-based ecommerce company, Infibeam Avenues, has recommended termination of its auditors, SRBC & Co LLP,  an arm of the global accounting major Ernst & Young, alleging that the organisation was sharing confidential information. Infibeam said that the audit company has been sharing the company’s Unpublished Price Sensitive Information (“UPSI”) with personal email accounts of their team and third party on multiple occasions, leading to a breach of trust.

Bengaluru-based home design brand HomeLane has expanded to Kolkata and Pune with plans to invest INR 15 Cr. It looks to boost business and brand in the new markets and aims to deliver 1000 homes in both cities in the next one year. HomeLane also plans to add 200 interior designers from the two cities.

Netmeds To Set Up 26 Fulfillment Centres By 2020